Blog
Are you a noisy neighbour?
Four golden rules of practice to avoid disputes
by Oliver Pashley September 26th, 2015 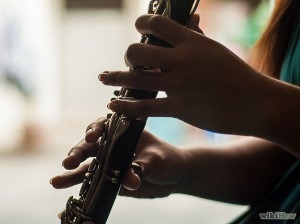 I always had issues practising when growing up. I hated the idea of anyone being able to hear me practice, no matter what stage I was at with a piece. Standing in our living room playing scales terrified me for fear of annoying the neighbours. Luckily, they were very sympathetic and never complained once – a situation which I didn’t realise how lucky I was to be in until I left home, and realised that (funnily enough) not all neighbours enjoy practice at all hours of the day.

As time went on, I learned to gradually acclimatise myself to the fact that, unless you are very rich or lucky, having regular access to a soundproofed practice bunker devoid of human contact shouldn’t feature too highly on the list of househunting priorities for risk of inevitable disappointment. So it goes.

I’ve just moved for the third time in London. Every time I move I’m nervous about what my neighbours will think when I play. What if there’s a young baby in the vicinity, or someone who works night shifts? Or what if they just hate music? Here are four tips to (hopefully) nurture a life of practising without complaints…

1) Meeting the previous tenants and sounding out the current situation can give you that little bit more confidence when signing on the dotted line. The flat I’ve just moved into was just vacated by three ballet dancers. Knowing from them that the neighbours both above and below have never complained in five years of them practising (i.e. jumping on the floor) every day makes me a little more confident that they don’t mind so much about noise.

2) If there’s one rule that should be followed above all others, it’s this: be considerate. Nobody’s going to appreciate practice at 10pm; the likelihood is that many people around you will have had long days at work, and so the evening should be theirs without the worry of being blasted with orchestral excerpts while they’re trying to watch the latest episode of Game of Thrones. In the city, you can often never know who your neighbours are, but making an effort to get to know them often helps. Whereas a disembodied noise can easily be seen as a nuisance, knowing that it’s coming from a real human being somehow softens the blow.

3) I try to break my neighbours in with practice. I only moved a couple of weeks ago, so I’m only playing a little bit each day, and even then I’m making a concerted effort not to play anything too off the wall. Brahms first, Berio later.

4) Whilst it seems fairly obvious, make sure your housemates know what they’re in for. They might know you’re a musician, but just be absolutely clear about what they should expect in terms of practice. Having your housemates on your side can help if a dispute should arise.

Do you have any nightmare neighbour stories? Or is everyone around you encoring your C major in thirds? By moving house, musicians make one of the biggest gambles – it’s a fairly huge problem if you can’t practise. We often just have to cross our fingers and hope for the best – and maybe leave the Stockhausen til a few weeks in…