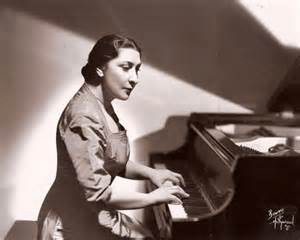 Polish-Brazilian pianist Felicja Blumental was one of the few women who attained a solo career as a pianist in the early 20th century. Born in Poland in 1908, she was a brilliant artist whose probing interpretations exhibited Brazilian flair in works of Heitor Villa-Lobos and compelling intensity in music of Lutoslawski and Penderecki. Her shimmering elegance and pianistic poetry was enough to melt any listener. Recently, more than two decades after Blumental’s death, her daughter, soprano Annette Céline, stumbled upon drawings hidden in Céline’s attic, nestled between the pages of one of her childhood autograph albums. Blumental, it turns out, was also an exceptionally talented painter. 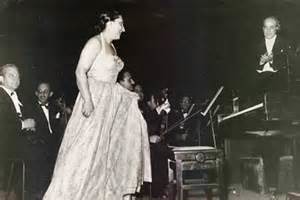 Felicja began music studies at the age of five and by age ten she made her debut. She was two years younger than the minimum age required for students at the National Conservatory in Warsaw. Nonetheless, her talent was such that she was accepted and awarded a scholarship at the Conservatory taking piano lessons from Zbigniew Drzewiecki (who helped found the International Chopin Piano Competition). Her family had limited means, and Felicja began teaching and accompanying to support the family. But upon the outbreak of World War II her career was curtailed and she was forced to flee. Blumental first took refuge in Luxembourg until she received a visa for Brazil in 1940. There she became a vital part of Brazilian musical life. Composer Heitor Villa-Lobos was so impressed with her performance of his Bachianas Brasileiras No. 3 in 1954 that he wrote his Piano Concerto No. 5 for her, which she performed at the Royal Festival Hall in London with Jean Martinon and the London Philharmonic Orchestra in May 1956. It was his last important work.

I had a chance to catch up with Felicja’s daughter, soprano Annette Céline.

JH: What was it like growing up in your household? 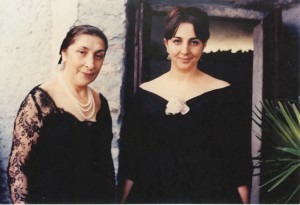 Felicja and her daughter, Annette

AC: We attended concerts of the most famous artists who came to Rio de Janeiro, in Brazil, almost every night— Victoria de los Angeles, Marian Anderson, Beniamino Gigli—at the gorgeous Theatro Municipal, inspired by the design of the Paris Opera House. My father, Markus Mizne, was a painter so we were surrounded by artists, musicians, poets. My mother practiced all the time. It nearly killed her—practicing, painting and cooking. Unbelievable. She used the damper pedal and played at night for hours learning the repertoire that she became known for, that nobody played. She performed and recorded much of the standard repertory; but she also revived neglected works by Hummel, Czerny and Clementi and specialized in Portuguese and Brazilian Baroque music.

Czerny : Piano Concerto in A Minor, Op. 214
JH: Her escape from Europe was terrifying. How did she manage?

AC: It was 1939. My mother couldn’t get a visa. So my father went ahead to Brazil. My mother’s parents entreated Felicja to leave Poland. There was no money for them all to leave and she was pregnant with me. I was born in Luxembourg in 1939. My father went to all the great impresarios with reviews of my mother’s concerts, pleading with authorities to secure papers for us. Finally he was able to convince someone to engage my mother for a two-week concert tour of South America for which she was able to get a visa. We left Geneva on a horrible boat. Her tour was a huge success but tragically, my grandparents and all our family perished. She never got over it and we never went back. 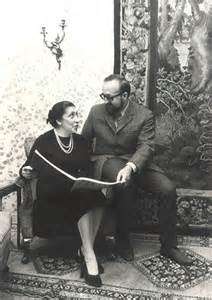 JH: Felicja was a prodigious talent as a concert pianist, which led to appearances with some of the great European orchestras.

AC: She was engaged to perform in Europe. It was very difficult to travel from Brazil so we moved first to Paris, then to Milano as they had the best recording engineers there. She recorded a lot, which attracted a great deal of attention. DECCA, in England, was interested in having my mother record Portuguese and Spanish Baroque music. Nobody played that music. Her recordings were an amazing success and It led to an offer to record all of Chopin’s Waltzes, Mazurkas and the Polonaises. DECCA sent a Rolls Royce to pick us up for the recording sessions!

JH: Were there difficulties as a woman artist?

AC: It was challenging. I’ll tell you this story. Years went by and the Chopin recordings were not released. Finally my father had a chance to ask the head of DECCA, “Why aren’t you publishing Felicja’s Chopin? The response was, “We have to publish Rubinstein’s Chopin because he is a man.” My mother auditioned many times in New York for conductors and presenters. Dimitri Mitropoulos, the famous Greek maestro, kissed her hands after she played for him and said, “I bless you.” He promised a New York engagement but it didn’t happen. Mizne inquired and was told, “If she dresses in a tuxedo we’ll take her.” 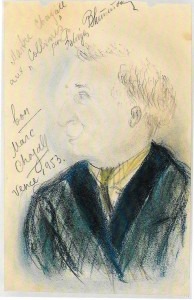 Penderecki : Partita
Twentieth century composer, Lutoslawski wrote his Variations on a Theme of Paganini for Blumental. When Penderecki was commissioned to create a new work for the Eastman School of Music’s 25th anniversary, Penderecki wrote his Partita for Harpsichord and Orchestra for Felicja, which they performed together more than fifty times. Her recording won the Grand Prix du Disque. Felicja’s repertory was broad. She recorded all the Beethoven piano concertos, and was an advocate of lesser-known works and unfamiliar composers such as Anton Arensky who wrote a lovely piano concerto. Blumenthal also recorded songs of Chopin, Strauss, and Poulenc with her daughter, Celine, an accomplished singer.

Strauss : Morgen, Op. 27, No. 4
JH: In memory of your mother, you’ve founded a Music Festival in Tel Aviv, and also Brana Records.

AC: My label is dedicated to restoring rare recordings of mother’s performances. I have been the Artistic Director of the annual Felicja Blumental International Music Festival for eighteen years, which promotes wonderful young artists.

Blumental also had a passion for art and artists. On her concert tours, she and her husband Markus, visited artists’ studios and galleries. She would often pose for the artists—painters Kokoschka, Chagall, Van Dongen, and while she sat, Blumental would also draw. Annette found portraits of artists and musicians whom Felicja admired—Marian Anderson, Eileen Farrell, Arturo Toscanini, Victoria de los Ángeles, Marguerite Long, Guiomar Novaes, Ida Haendel—composers, soloists and pianists she worked with. Annette showed me the drawing of Marc Chagall, which he signed and wrote: “Très Bon!”

AC: My mother would say, “As a musician do not restrict yourself to music. Expose yourself to all the arts: visual arts, theater, poetry, opera. And compose, play, listen, in order to have ideas and color in your playing.”

Blumental passed away in 1991. Her recordings particularly of Chopin’s Mazurkas are considered brilliant interpretations even today.