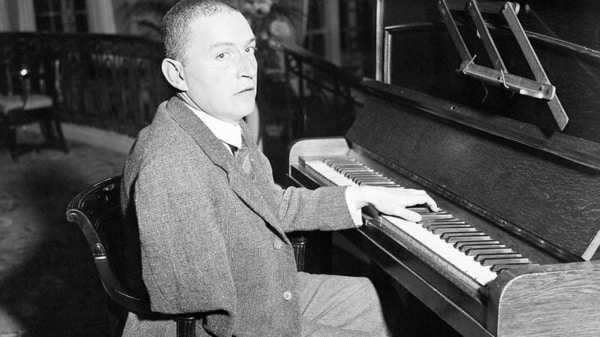 “The One-Armed Swordsman” (Dubei dao “獨臂刀”) is an old Chinese film depicting the life of a swordsman of the Golden Sword School. During a ferocious fight, the swordsman’s right arm tragically gets cut off, ending his career as a swordsman. Abandoned in a state of depression, he is rescued by a peasant girl who finds him unconscious in a nearby river. Upon his recovery, she hands him a half burnt kung-fu manual that inspires him to train himself into a master of a new one-armed swordsmanship.

Austrian-born Paul Wittgenstein was an ambitious young man who dedicated his life towards becoming an acclaimed pianist and musician. By the young age of 26, he was already playing with the Vienna Symphony Orchestra performing piano concerts for large audiences.

However, fate turned and Wittgenstein soon found himself serving in the Austrian army at the outbreak of the First World War. During an assault on Poland, the pianist was shot in the elbow and captured by the Russians. Medical care was too primitive to save his right arm, ending in a clumsy amputation.

The injury would have shattered his dreams to become a musician; after all, how is one to play the piano with only one arm? But Wittgenstein persevered. During his recovery in a prisoner-of-war camp in Siberia, he resolved to proceed with his career despite the unfortunate circumstances. When the war ended, Wittgenstein spent most of his time studying intensely and arranging musical pieces, determined to master his left hand. Before long, Wittgenstein rose to become one of the most acclaimed single-handed pianists of the 20th century. 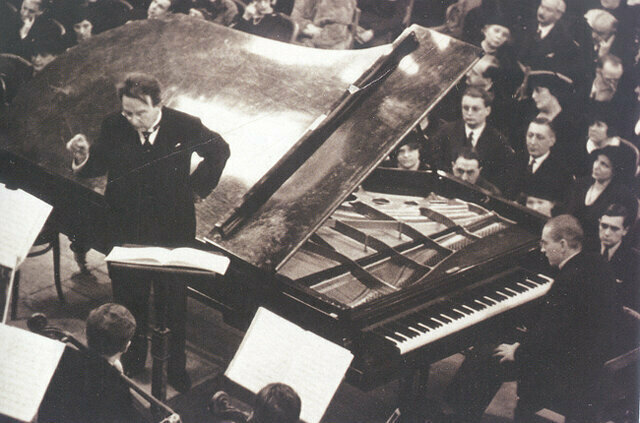 Wittgenstein premiering the Schmidt Concerto for the left hand, Feb, 1935

Training to become a master single-armed pianist was no easy task. To begin, there were simply not enough music scores available at the time for left-handed pianists. There were even fewer renowned single-handed pianists, and many reverted to playing only the melody without any harmonization-but Wittgenstein was not ready to give up his craft just because of his injury.

Furthermore, the challenges of performing single-handedly are significantly different than normal two-handed play. The thumb has a tendency of hitting the keys too hardly, and of course, there is no simple way of catering to more than a few notes at a time. The only way a pianist could play both the melody and the harmony simultaneously is to divide the chords into separate notes and play them very quickly, and then elongate the sounds with the pedal, such that the audience is fooled into thinking that the notes were played simultaneously.

Wittgenstein spent countless hours in libraries and old book stores to search for music that he could rearrange to accommodate his condition. In this time, he also devised various novel techniques, including pedal and hand-movement combinations that allowed him to play chords that were previously regarded impossible for a single-handed pianist. When Wittgenstein rose to fame, he commissioned a pool of renowned artists such as Britten, Richard Strauss, Prokofiev and Hindemith to write scores catered just to him.

Maurice Ravel completed Left Hand Piano Concerto for the pianist in 1930. According to Wittgenstein, the first time he laid ears to Ravel’s performance of the piece, he was greatly disappointed. Ravel’s technique was only mediocre and moreover it was performed with two hands!

It was only until the pianist retired to his home and played the piece several times over, did he come to the realization that Left hand Piano Concerto was indeed a unique composition in its own right. He came to understand why a single-handed rendition of the piece would delight the audience more than if it was played with two hands. Wittgenstein thus regarded Left hand Piano Concerto a product of Ravel’s high standards as a composer. Funny enough, when Wittgenstein played the piece back to Ravel, it was Ravel who was dissatisfied.

Three years later, Wittgenstein premiered Left hand Piano Concerto in Paris under Ravel’s conduction. The performance received the utmost appraise. Roger Crosti later wrote on Le MenstrelI “ripe technique with great expressions, his left hand became two hands, one singing and the other accompanying”. The piece became the most famous of all the compositions that Wittgenstein inspired.

With Wittgenstein paving the way for single-handed artists, many pianists picked up the courage and confidence in single-handed performances. Not only those who had lost their limbs, but also those who had suffered strokes, like Leon Fleisher and Roaul Sosa, or those who suffered right tension disorder, like Joao Carlos Martins. They all continued playing with their left hand. In fact, many regular two-armed artists also added Left Hand Piano Concerto as a highlight on their performance list.