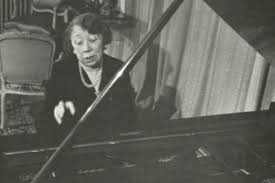 After months of careful planning, Maurice Ravel embarked on a 4-month tour of North America in 1928. In all, he visited 25 cities coast-to-coast, and performed and conducted the leading orchestras of Canada and the Unites States. Ravel also made tourist visits to Niagara Falls and the Grand Canyon, and he was fascinated by the dynamism of American life. 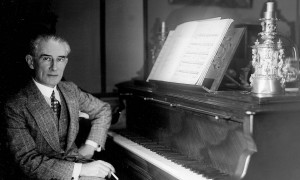 He admired “the huge cities, skyscrapers, and its advanced technology, and was impressed by its jazz, Negro spirituals, and the excellence of American orchestras. American cuisine was apparently another matter.” Ravel once commented that he preferred jazz to grand opera, and remarked, “The most captivating part of jazz is its rich and diverting rhythm… Jazz is a very rich and vital source of inspiration for modern composers, and I am astonished that so few Americans are influenced by it.” 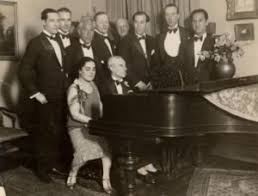 On his return to Europe, Ravel encoded his jazz impressions into a buddying piano concerto. He wrote, “The G-major Concerto took two years of work. The opening theme came to me on a train between Oxford and London. But the initial idea is nothing. The work of chiseling then began. We’ve gone past the days when the composer was thought of as being struck by inspiration, feverishly scribbling down his thoughts on a scrap of paper. Writing music is seventy-five percent an intellectual activity.” Ravel was eager to play the premiere performance but he started to suffer from assorted health problems. A further attempt to introduce the work to the public on 9 March 1931 in Amsterdam had to be canceled because he was under pressure to complete the Piano Concerto for the Left Hand, commissioned by Paul Wittgenstein. Eventually, Ravel dedicated the G-major Concerto to Marguerite Long, who received the score on 11 November 1931. It eventually premiered on 14 January 1932 with Long as the soloist and Ravel conducting the Orchestre Lamoureux.