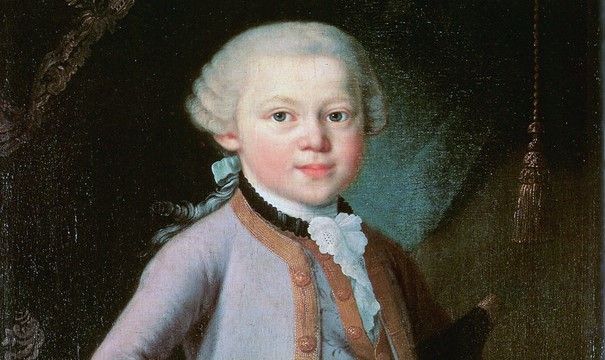 Wolfgang Amadeus Mozart loved billiards, his pet starling, and food! Food was plentiful in Vienna during Mozart’s time, and a cheap and common meal would have consisted of two large meat dishes with soup, vegetables, bread, and a quarter liter of local wine. With Mozart, Haydn, Beethoven and numerous other composers hanging around, Vienna was clearly a musical center. Concurrently, it was an epicurean center that created and established the Viennese cuisine we still enjoy today. Recipes for such fabled dishes as “Wiener Schnitzel, Tafelspitz, Kaiserschmarrn, and Sacher and Linzer Torte,” became formalized and circulated in a variety of cookbooks. And Wolfgang Amadeus Mozart was a good and happy eater. From a journey to Milan, his father Leopold writes to his wife, “We are in God’s hands wherever we are. Wolfgang will not ruin his health by eating and drinking. He is fat and in good health, and is merry and cheerful all day long.” 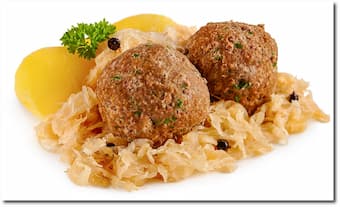 During his adult life, Mozart started his day with hot chocolate and white rolls for breakfast, and habitually had a big pot of soup for lunch. And that apparently included a local Viennese specialty called “Kuttlflecksuppe,” which roughly translates to tripe soup. Mozart also enjoyed Sturgeon, a Flemish beef and beer stew called “Carbonnade” and the large neutered rooster called “Capon.” From his letters we also learn that he frequently dined on braised pigeons with chestnuts and almond casseroles, complemented by local wines and fruits. But his all-time favorite dish was liver dumplings with sauerkraut! The dumplings are made by mixing finely ground calf liver with egg, breadcrumbs, garlic, salt and an optional splash of milk. Once they have been shaped into little balls, the dumplings are dropped in beef broth and simmered partially covered for about 15 minutes. And we all know about sauerkraut! Mozart also loved pork cutlets. In a letter from 1791 Mozart writes to his wife, “What do I smell? Why, here is Don Primus with pork cutlets! Che gusto! Now I am eating to your health!” Given the composer’s love for pork it has recently been suggested that Mozart died from trichinosis caused by the parasitic worm Trichinella predominantly found in raw pork. Whether that is actually the case or not, the disease was certainly rampant in Vienna during Mozart’s time.