Artists Interviews
Vivaldi in All Dimensions
An Interview With Michel Brun of the Ensemble Baroque de Toulouse
by Maureen Buja December 4th, 2021 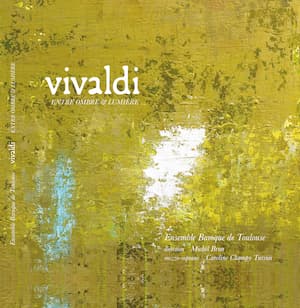 When you think of Vivaldi, what do you think of? Just his hundreds of concertos? His operas? His sacred music? When we look at recordings today, we tend to get single subject collections. Concerto recordings don’t touch the opera arias, sacred and secular don’t mix, and so on. In a new recording by the Ensemble Baroque de Toulouse, however, you get a 360° view of the Red Priest. In Vivaldi, entre Ombre et Lumière, every aspect of his art is performed. And, at the same time, it’s an extremely thoughtful presentation.

The problem confronting the us in opening work, Stabat Mater, is the question of what you do when the music stays the same, but the text changes, The opening verse describes the Virgin Mary weeping at the foot of the cross where her son is dying.

The 4th verse, Quis est homo, is the same music but to a very different text – and here’s where the brilliance of the ensemble comes to the fore. The texture has changed, the chopped sound of the first verse is become more elegiac as the text become empathetic: ‘Is there anyone who would not weep…at beholding her thus?’ 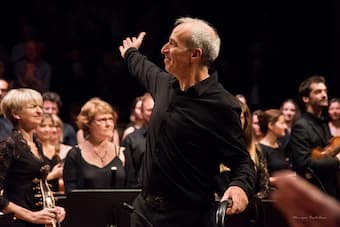 We spoke with Michel Brun, leader of the Ensemble Baroque de Toulouse, about this recording and how it came to be made. The Ensemble is best known for its Bach performances but the idea for this work came to Brun in the middle of a concert and this recording is the result. The Ensemble makes few recordings, feeling that live music is the best music, but while we’re still so limited in our travel possibilities, recordings can bring the world to us.

Soprano Caroline Champy-Tursun chose opera arias from a number of different Vivaldi operas, few of which have received modern performances. Two arias from Bajazet include not only Sposa son disprezzata but also Svena uccidì abbattì atterra which challenges the singer through a variety of tempo and stylistic changes. Other arias come from the operas Giustino, Farnace, and Orlando furioso.

As the title of the album says, this is Vivaldi between light and shadow. The Sinfonia al Santo Sepolcro written to accompany an oratorio during the Easter season, is the shadow. Dark chords for a season of mourning. 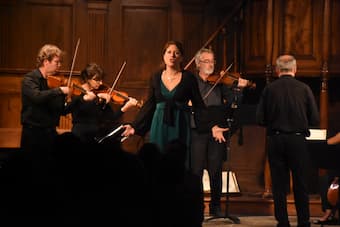 And so through the recording we gradually learn to hear Vivaldi in a new way – not, as Stravinsky said, the man who wrote one concerto 300 times (versus writing 300 concertos). We may think of Vivaldi as yet another of the churning Baroque composers, but through this recording, we can hear him as a writer of music that’s highly dramatic. The drama isn’t only for the voice but also in the instrumental parts. There’s more to Vivaldi than you may think and the Ensemble Baroque de Toulouse provides an excellent guide to the light of his concertos and the darkness of his sinfonia as well as all the shades in between.