As we all know, Richard Wagner (1813-1883) was a man of numerous contradictions. And that is certainly true of his eating habits as well. According to his second wife Cosima, Richard Wagner was “in principle” a vegetarian, but “in practice neither his health nor the orders of his physician allowed him to be a vegetarian.” When in December 1873 the Wagners lunched on a roast hare, Richard recounted a hunting trip in Bohemia during his youth. Apparently, he squeamishly fired at a hare without taking aim but somehow managed to wound the animal in the rear leg. At the end of the hunt, a hound discovered the poor animal and dragged it along. Its cries of terror pierced Wagner’s heart, and when he was presented with his trophy, he vowed to never go hunting again. Living in Zurich, Wagner was shocked by the sight of a poultry worker “putting his hand in a cage, seizing a live hen and tearing its head off. The hideous scream of the animal, and the pitiful weaker sounds of complaint that it made while being overpowered transfixed my soul with horror. It is dreadful to see how our lives, which, on the whole, remain addicted to pleasure, rest upon such a bottomless pit of the cruelest misery!” 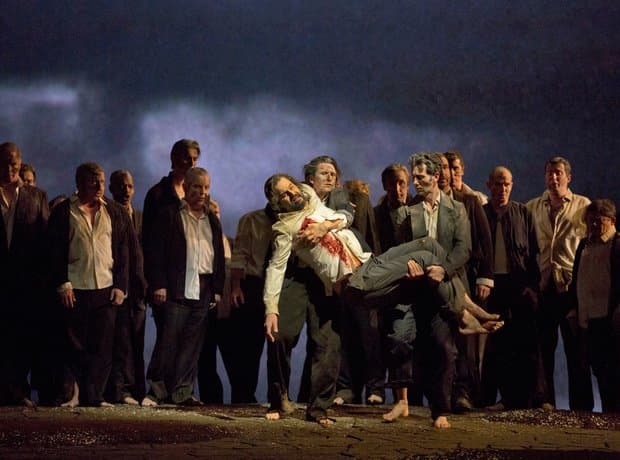 Yet, when Friedrich Nietzsche came for a visit in 1869, Wagner got very angry because Nietzsche had sworn an oath not to eat meat, only vegetables. Cosima writes, “Richard considers this nonsense, and arrogance as well.” During the last years of his life, however, Wagner wrote at length about the benefits of vegetarianism, and suggested “Human dignity begins to assert itself only at a point where man is distinguishable from the beast by pity for it.” There is a suggestion that Wagner tried to force vegetarianism on his followers and supporters, and it has also been suggested that the concept made it into his opera Parsifal, with Gurnemanz remonstrating the young Parsifal for shooting a flying swan. 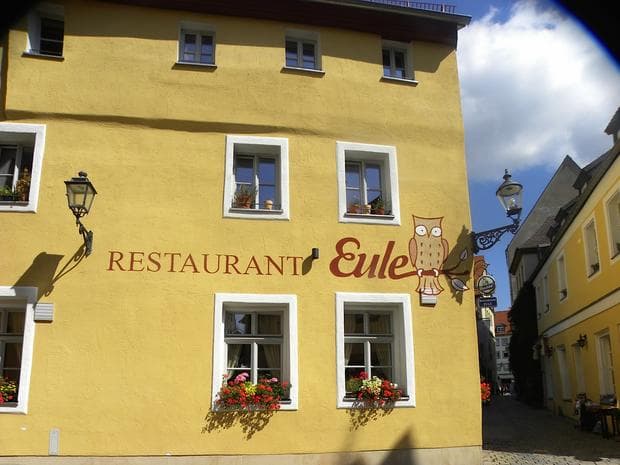 The “Eule” restaurant in Bayreuth

Be that as it may, Wagner apparently still enjoyed a meaty meal at the “Eule” (The Owl). Wagner had discovered the restaurant soon after his move to Bayreuth, and it became his favorite eatery. Serving Franconian specialties, Wagner did have a favorite dish. It was called “Blaue Zipfel” (Blue Tips), and it consists of two minced pork sausages cooked with finely cut carrots and onions in water and wine vinegar made from the local white wine. If you happen to be in Bayreuth, the “Eule” restaurant is still operating and you will be able to order Wagner’s favorite dish.