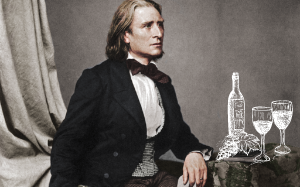 Franz Liszt had a number of worldly vices, and alcohol, cigars, and cognac ranked high on that list. Mealtime with Franz Liszt invariably meant getting hammered! When he attended a banquet in Prague in 1846, Hector Berlioz was in attendance and he reported. “Unhappily, if Liszt spoke well, he drank likewise. The fatal cup set such tides of champagne flowing that all Liszt’s eloquence was shipwrecked in it.” Apparently, Berlioz had to drag Liszt back to the hotel at 2 am, and when they encountered another late partygoer angry words were exchanged. Luckily, before Liszt could get into a duel, Berlioz hastened him to his lodgings. 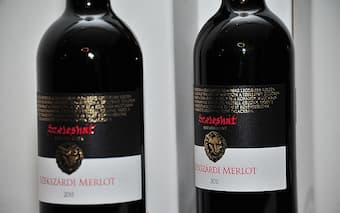 Regardless, at the concert the next day Berlioz described Liszt as “a god for pianists.” A confirmed alcoholic, Liszt drank a bottle of cognac a day, believing that it gave him strength, and sometimes two bottles of wine. He was partial to libations from the Szekszárd wine region in Hungary. Famous for their full-bodied and spicy reds ripened by long hot summers and mild winters, they became Liszt’s constant companions. It is said that he once sent a bottle of Szekszárd wine to Pope Pius IX as a gift. 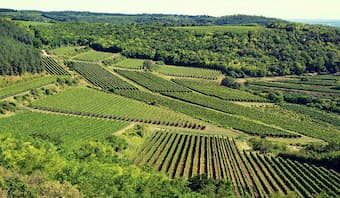 Liszt had the looks, but he apparently had rather bad teeth. Dental hygiene was probably not on the top of his list, and he had several sets of dentures made. It clearly restricted the kind of food he could enjoy, and a famous episode tells of his stay with Richard and Cosima Wagner in Bayreuth for the premiere of “Tristan and Isolde.” Apparently, his son-in-law sent him a smoked veal cutlet in apricot sauce, but unable to chew it Liszt passed it to his student Lina Schmalhausen. Lina wasn’t in the mood for veal and gave it to her dog while she cooked him some broth. Concerned about nutrition, Lina instructed the kitchen that Liszt “should not eat just eggs, but also some meat, some hot vegetables, and some milk puddings, such as rice and semolina, prepared in an attractive way.” As such Liszt developed a taste for asparagus because he could eat it without putting in his dentures. With his eyesight failing, eating became even more of an ordeal. At a banquet held in his honor in 1886, Liszt had to be fed by Winston Churchill’s mother Jennie, since he could not see the plate.