Playlists
Exploring the Most Relaxing Classical Music Pieces for the Cello
by Janet Horvath December 26th, 2020 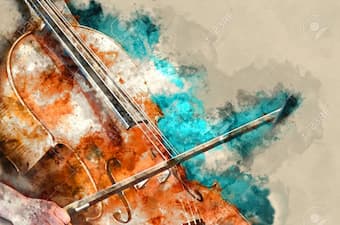 The voice of the cello touches us deeply. Perhaps it speaks to us in a special way as it is the closest sound to the human voice. Due to the fantastic range of the cello, from the brilliant high tones to the deep chocolatey sounds—there are many cello pieces that are relaxing and perfect for any mood. Of the many gorgeous works for cello to choose from, here are ten pieces I love to play and would love to introduce to you. 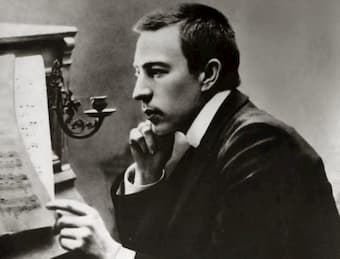 Feeling romantic or nostalgic? Russian composer Sergei Rachmaninoff’s Vocalise is just the piece. Composed and published in 1915, this work is the last one of a set of fourteen songs or romances originally for voice and orchestra. Vocalise was written to be hummed on just the vowel “ah” so it was a natural to adapt for the cello—an instrument that can sing so beautifully. Written in the minor key, the sublime, lyrical melody flows and we listeners with it! Legendary Russian cellist Mstislav Rostropovich plays the piece with such a tender, soft, exquisite touch, our response is to sigh and say “ahhh.” 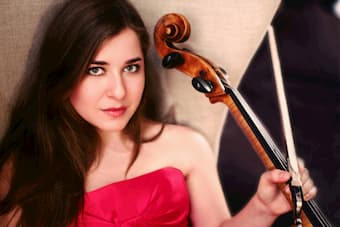 One of my favorite cello pieces to play as an encore is Après un Rêve—After a Dream by Frenchman Gabriel Fauré, a master organist and one of the foremost French composers of the 20th century. His music is refined and gentle. Après un Rêve was also originally a song, from 1878. Romain Bussine adapted the original anonymous Italian poem into this inspired French verse depicting two lovers, “You called me and I departed the earth to flee with you toward the light…” This piece, mainly in the scintillating middle register of the cello, is ethereal and delicate. The hush at the beginning of this performance by cellist Alisa Weilerstein will, I hope, take your breath away. The ending fades away graciously as we wake up from a dream, relaxed in repose under the comforters. 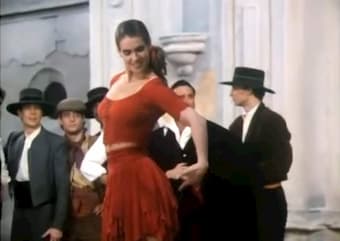 Habanera, a unique type of tango

Spanish music was all the rage in France at the turn of the 19th century, and French composer Maurice Ravel, composer of the famous piece Boléro, was fascinated by Spanish flavors, especially the habanera dance rhythm—a unique type of tango. Originally a Cuban dance that took Spain by storm, Ravel utilized this dance form in several of his works. In Pièce en Forme de Habanera the piano plays the characteristic short two-beat rhythmic pattern while the cello weaves its seductive almost improvisatory melody above the accompaniment in this gem. Composed in 1907, its stunning melodies are addictive and sublime. Often played with a mute attached to the cello bridge, which subdues and dampens the sound, the gentle undulation is even more soothing and relaxing. 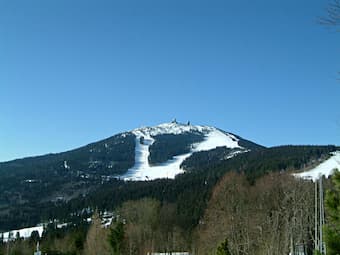 Antonín Dvořák was born in 1841, the son of a butcher and innkeeper in a Bohemian town near Prague. He was to have followed in his father’s footsteps but his musical ability shined at an early age. Dvořák’s music is very much influenced by his heritage and his goal of re-establishing a Czech national musical identity. Silent Woods, “From the Bohemian Forest”, originally for piano four-hands, was later transcribed by the composer for cello and orchestra. The lyrical and dreamy cello piece, written for a farewell concert tour before Dvořák embarked for American in 1892, became very popular. It’s gorgeous writing for the cello and exploits its romantic singing abilities. It is the precursor to one of the greatest cello works of all time Dvořák’s Cello Concerto. 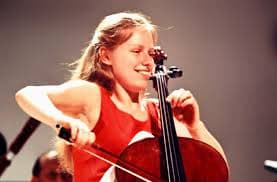 What could be more soothing than the Andalusian lullaby Nana from Manuel de Falla Suite Populaire Espagnole performed here by the late great cellist Jacqueline du Pré. The composer became inspired by the kaleidoscope of cultures reflected in Spanish folk music, perhaps because of the influence of his heritage. De Falla’s father was an Andalusian, his mother a Catalan. The set of seven Spanish songs originally for soprano and piano is one of de Falla’s most popular works and has been arranged for several instruments but I think they sound best on the cello due to the variety of sounds and colors the cello can portray. Each of the seven miniatures in this suite explores a different region of Spain. 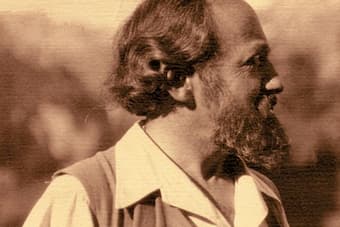 Prayer by Swiss composer Ernest Bloch (1880-1959) is another beloved piece. Bloch settled in the US in 1916 and was professor of composition at several of the best music colleges in the country. He composed the poignant triptych From Jewish Life for cello and piano in 1924. The three pieces capture the multifaceted, fervent Jewish soul, which this performance by cellist Amit Peled effectively portrays. Bloch’s style incorporates unusual scales—modes we call them, which give this piece its Oriental flavor, spiritual yearning, and melancholy beauty. When you feel introspective this is the perfect piece. 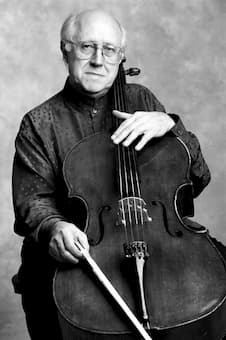 Perhaps everything that is happening right now is reflected in this next work Lamento from Benjamin Britten’s Solo Cello Suite No. 1. Marked “lento rubato” meaning very slow and with freedom, it is virtually un-metered. The Lamento offers deep introspection—expressing sorrow, regret, or loss, which can help us navigate conflicting feelings we might be experiencing. Britten wrote three suites for unaccompanied cello for the master cellist Mstislav Rostropovich. The two became fast friends and Britten wrote several other works for him. Rostropovich premiered the suite in 1965. Emulating Bach’s Solo Cello Suites the First Suite is in six movements each more virtuosic than the next, utilizing everything in the cellists’ palette—pizzicato (plucking), drones, and harmonics, and a finale that is at a breakneck speed almost a modern version of Flight of the Bumble Bee, an interlude by Rimsky-Korsakov (which is anything but relaxing!) But I turn to the Lamento when I feel the need for calm and comfort. 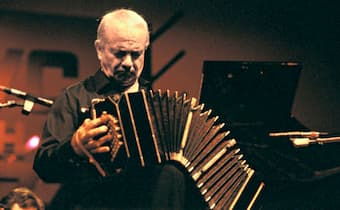 What’s better than one cello? Two cellos! The ensemble 2Cellos has topped the charts with its inventive and soulful playing, and what a combination with Astor Piazzolla’s music—a hypnotic effect. The Argentinian, considered to be one of the major Latin American composers of the 20th century (1921-1992), was a tango composer and a virtuoso on the bandoneon—a unique instrument which is a cross between an accordion and concertina. Piazzolla reinvented the tango by blending elements of jazz and classical music. His piece Oblivion inspires wistfulness, dreaminess, and might induces you to exhale slowly while your eyes mist at the beauty of the hauntingly gorgeous melody. This is another piece that every instrumentalist wants to play, but I think it’s gorgeous on the cello. 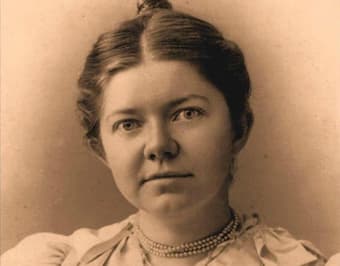 The composer and pianist Amy Beach, thought to be the first important American female composer, had her ‘Gaelic’ Symphony premiered by none other than the Boston Symphony in 1896. She was born in 1867, and it is said she was a true prodigy able to memorize forty songs at the age of one, and playing in public by age seven. Her Three Compositions Op. 40 features this lovely contemplative cello piece La Captiva which is sure to delight. The second piece in the series Berceuse is also so very relaxing and charming.


Pablo Casals: Song of the Birds 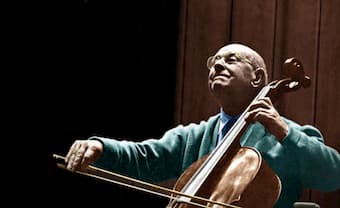 The Catalonian cellist Pablo Casals was internationally famous during the twentieth century and one of the greatest cellists of all time. Casals might be best known for his discovery and recordings of the J.S. Bach Solo Cello Suites. A composer and conductor, he was also a renowned humanitarian and voice for human rights. An ardent supporter of democracy, Casals refused to perform in any authoritarian or non-democratic countries including his native Spain after the Republican government was toppled. His many recognitions include the U.N Peace Medal. He composed the Song of the Birds, (El Cant dels ocells)—a lovely traditional Catalan carol, and it was his preferred encore to conclude his concerts. Song of the Birds is a tale of the Nativity, beautiful, tender with reverence for life. The extraordinary young British cellist Sheku Kanneh-Mason plays it with exceptional eloquence, here accompanied by—what could be better—an orchestra of cellos. 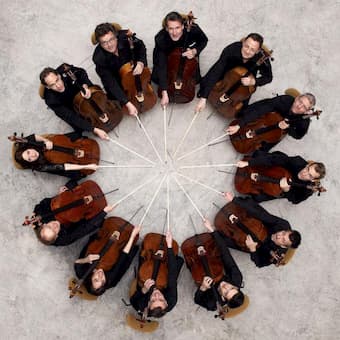 Speaking of cellos, the Berlin Philharmonic’s Twelve Cellos have made a name separate from the orchestra as an innovative ensemble that performs wonderful arrangements and original works for several cellists. I must introduce you to this passionate and sensuous piece by Brazilian composer Heitor Villa Lobos: Bachianas Brasileiras No. 5 for soprano and eight cellos. Perhaps it’s so revered and well-written for the cello because Villa Lobos himself played the cello. This performance, conducted by Gustavo Dudamel and performed by the cellists of the Berlin Philharmonic, brings the huge crowd to their feet. If you’re in the mood for letting go, relaxing and twirling around in your living room, this piece should do it for you. At 2.30 minutes in you can hear the cellists playing without the soprano, and at 7.33 the work becomes more upbeat and perfect for dancing.

Huddle under a cozy afghan and sip your favorite hot beverage while listening to these cello works. Perfect relaxation on a winter’s night.