Nights in the Gardens of Spain 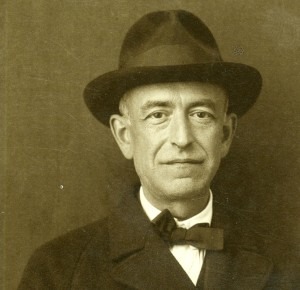 The marriage of Napoleon III to Eugenie de Montijo in 1853 heralded a French artistic fascination with the Iberian peninsular. Some of the best Spanish music of the late 19th century, particularly in the hands of Georges Bizet, Claude Debussy and Maurice Ravel, was actually written in France. National expressions by native Spanish composers only emerged after French composers had appropriated its surface characteristics in the popular pursuit of exotic manners. The works of Isaac Albéniz, Enrique Granados and specifically Manuel de Falla (1876-1946)—widely regarded as the most distinguished Spanish composer of the early twentieth century—heralded a new beginning for Spanish music. Falla’s output revolves around the stage, and his reputation primarily rests on two lavish Iberian ballet scores, El amor brujo (Love, the Magician), and the colorful El Sombrero de tres picos (The Three-Cornered Hat). Originating in Spanish folk art and the indigenous songs of Andalusia, Falla projected the rhythms and sonorities of his native Spain via French and Russian orchestral traditions thereby creating an evocative yet nevertheless imaginary folk art.

Born Manuel María de los Dolores Falla y Matheu in Cádiz, a city and port in the autonomous community of Andalusia, Falla took first piano lessons from Eloisa Galluzzo, a friend of his mother. A strong interest in literature and journalism prompted him to publish two literary magazines at the age of 15. Yet, by 1900 the family had moved to the capital city of Madrid and Falla enrolled in the Real Conservatorio de Música. “At the age of seventeen, he writes, “something of a conviction both frightening and profound, drove me to drop everything to devote myself definitively to the study of composition.” Continuing his piano studies, he also took composition classes with Felipe Pedrell, a music scholar who had earlier pointed Isaac Albéniz towards Spanish folk music. A number of early compositions are rooted in Renaissance Spanish church music, folk music—particularly the Andalusian flamenco—and native opera. His one-act opera La vida breve (Life is Short) was composed in 1905, and extensively revised before its premiere in 1913. This important early work won Falla first prize in the Real Academia de Bellas Artes de San Fernando music competition.

Falla moved to Paris in 1907, and met a number of musical and artistic personalities that significantly influenced his musical style, including Claude Debussy, Paul Dukas, Maurice Ravel, Igor Stravinsky, and Sergei Diaghilev. Falla published his first piano pieces and songs, and traveled to London, Brussels, and Milan to give concerts and scout for possible venues to stage his opera. When World War I forced Falla to return to Madrid, he applied the impressionistic idiom to intensely Spanish subjects. Alongside his two famous ballet scores he composed the highly evocative and richly scored Nights in the Gardens of Spain for piano and orchestra. Under the influence of the neo-classical idiom of Stravinsky, Falla gradually altered his stylistic direction and composed the puppet opera El retablo de Maese Pedro (The Altarpiece of Maese Pedro), based on an episode from Don Quixtote, and a concerto for harpsichord and chamber ensemble centered on Castilian folk sources. Falla essentially retired from musical life in 1926 and first settled in Granada, and from 1939, in Argentina. In Granada, he started work on the large-scale orchestral cantata Atlántida (Atlantis), however, the work remained unfinished at his death in Alta Garcia, Argentina, in 1946. Falla’s body was returned to Spain in 1947 and entombed in the cathedral of Cádiz. Falla wrote sophisticated music rooted in the folkloric soil of his native Spain, and the bright energy and deeply lyrical qualities created a lasting testament to his musical heritage.

Manuel de Falla: Nights in the Gardens of Spain