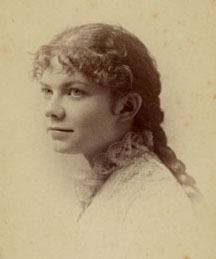 Women performers were accepted well before they were recognized as authors or composers. Clara Schumann and Fanny Mendelssohn are cases in point who achieved success more for their performing than music writing. Amy Cheney Beach defied traditional conceptions. She became a legendary and influential artist, piano soloist and the first to excel in several male-dominated areas—as a composer of symphonies, choral works, opera, chamber music, and church music.

Amy Beach was born into an American musical family in 1865 in New Hampshire. Her mother was a very talented singer and pianist. Legend has it that Amy was able to sing over forty songs from memory by the age of one and by age five she was already composing hymns, waltzes and little symphonic works. She had perfect pitch and flawless recall. There was no time to waste! Amy began piano lessons, and after merely one year of study, she was able to perform works of Chopin and Beethoven and even a few of her own compositions, to the amazement of her audiences—an astonishing prodigy.

After the family moved to Boston fourteen-year-old Amy began some lessons in composition from Junius W. Hill, but she already had a unique penchant for experimentation, and a flair for creativity. At the time, it did her little good. Women were restricted to domestic avocations and her parents said no to a life as a professional musician. Amy persisted, exploring relentlessly at home. By 1883 her parents acknowledged that their resistance was futile, and allowed Amy to make her concerto debut. The concert was highly acclaimed and led to touring and many successes including as soloist in Chopin’s F-Minor Concerto with the Boston Symphony in 1885. Critics and admirers found Amy musicality riveting and her technique flawless.

But that ended when at the tender age of eighteen she married Dr. Henry Beach a prominent physician twenty-four years her senior, who preferred to have his wife stay at home. She complied, as was proper behavior. Dr. Beach permitted her to compose under the name Mrs. H.H.A. Beach, but denied her access to music teachers and performing as a soloist except for charity events.

Symphony in E Minor, Op. 32, “Gaelic Symphony”
Fortunately, she did compose. Beach was essentially self-taught, gradually developing her compositional technique and learning orchestration on her own—a remarkable feat. In 1892 her 75 minute Mass in E-flat major, Op.5 was performed, complete with solo vocal quartet, chorus, organ and orchestra. Her first orchestral work didn’t disappoint. Audiences and critics alike were dazzled. Other works followed including her Symphony in E Minor entitled Gaelic Symphony — the first large-scale orchestral work written by an American woman, and premiered by the Boston Symphony. 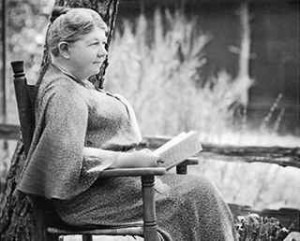 4 Sketches, Op. 15: No. 4. Fireflies
Like composers Dvořák, de Falla, Grieg and Debussy, who were reinvigorating their works with ethnic tinges, Beach sought to infuse her music with American idioms. Her music includes English, Irish and Scotch songs and folk tunes and was primarily romantic and tonal. Her Four Sketches “in Autumn” for solo piano are show the prevalence of these idioms and the musical influence of contemporary Antonin Dvořák.

Amy also had a dedication to aspiring young musicians. Each Wednesday she held home concert soirées to help launch these performers.

After Amy’s husband passed away in 1910, she travelled to Europe where she took up residence. Between the years 1911- 1914 she was once again catapulted to fame for her performing and composing, now under her own name Amy Beach. Her Gaelic Symphony was widely appreciated, a hit that was performed throughout Europe.

Forced to flee with the outbreak of World War I, Beach returned to Boston in 1914 in triumph and didn’t skip a beat. She continued her concert touring during the winter months, and in the summer she pursued composing.

Violin Romance, Op. 23
Beach wrote over 300 works, almost all of which were published and performed during her lifetime—a remarkable feat even today. Such a variety of works such as—chamber music her Piano Quintet in F-Sharp Minor, Theme and Variations for Flute and String Quartet, Violin Lullabies and a Romance; an opera entitled Cabildo, songs such as Three Browning Songs Op. 44, and numerous piano and church works.

Soon after her return to the U.S. she wrote a book about her self-teaching principals for young composers—Ten Commandments for Young Composers. Beach was active in promoting the careers of music students becoming the first president of the Society of American Women Composers.

Variations on Balkan Themes, Op. 60
Sadly, Amy Beach and her influence on countless musicians was quickly forgotten upon her death in 1944. Not until several decades later, in the 1990’s, when women musicians championed her work, was there a resurgence of interest in her compositions and a newfound respect for her achievements—the most frequently performed composer of her generation, and the first woman to succeed as a composer of large-scale symphonic music.

Today her name is etched on the granite wall of the Boston Pops ‘Shell’ in Boston MA, alongside 85 other composers including Beethoven, Chopin, Debussy, Bach and Handel, and yet Amy Beach is still the only woman composer on the wall.

Listen to these compositions and you will be impressed. More artists need to perform and record her works as they are lovely.