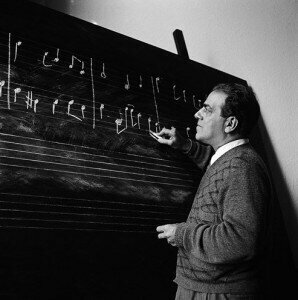 Heitor Villa-Lobos (1887-1959) has been described as “the single most significant creative figure in 20th century Brazilian art music.” His quest to develop musical compositions using indigenous Brazilian elements fueled a number of ethno-musicological excursions into the northeastern states of Brazil. Allegedly, cannibals once captured him; such colorful tales naturally served to underscore his deep connection to his native lands.

“My music is natural,” he liked to say, “like a waterfall.” However, at various points in his life Villa-Lobos resided in Paris, and J.S. Bach became a lifelong idol. In fact, he considered Bach as “a mediator among all races,” and his Bachianas Brasileiras are a musical and cultural fusion of Brazilian folk and popular music with the inherited style of Bach. Composed between 1930 and his time in New York in 1945, this widely ranging series of nine suites for various combinations of instruments is decidedly among his most remarkable works.

The first of the Bachianas Brasileiras is dedicated to Pablo Casals, and was written for a new and unusual form of chamber ensemble; a group of eight cellos. 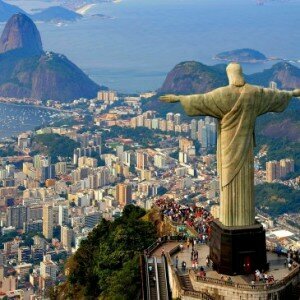 Composed in 1930, Villa-Lobos gave each movement two titles, a “Bachian” and a Brazilian one. The premiere took place on 12 September 1932 in Rio de Janeiro in a concert dedicated to Walter Burle Marx. That performance, however, only featured two movements, the “Prelúdio” and the “Fuga.” The “Introdução” (Embolada)—a type of restless and rhythmically charged song performed by traveling musicians in northeastern Brazil—was added eight years later. The “Prelúdio” (Modinha) references a type of popular Brazilian love-song, while the “Fuga” (Conversa) is inspired by the “question and answer” conversations routinely improvised by Rio street musicians.