Composers Inspiration
The Birds Singing in Catalonia and Memories of Home
by Maureen Buja October 30th, 2018

After his self-imposed exile from Spain with the defeat of the Republican government, cellist Pablo Casals started his concerts with a traditional Catalan Christmas song, El Cant dels Ocells (The Song of the Birds). The lyrics describe the joy of the birds, listed verse by verse, at Jesus’ birth.

It has been a favourite of cellists ever since.
We’ll start with an early performance by Casals at the White House in 1961.

He also arranged it for cello ensemble: 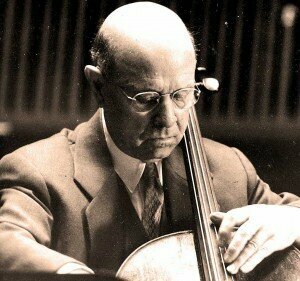 Casals: El cant dels ocells (Song of the Birds) (Kenichiro Yasuda, cello)
Carrying the timbre forward, it has been arranged for bassoon and piano.

Casals: El cant dels ocells (Song of the Birds) (Yoshie Ueno, flute; Tomonori Arai, guitar)
The arrangement for viola and piano is particularly interesting, mostly for the warm voice of the viola. 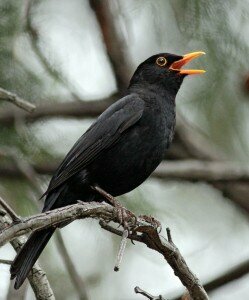 The violin and piano version doesn’t seem to add much – it’s the darker voice of the cello and perhaps the viola that is more interesting. On the other hand, the actual addition of bird song gives us another dimension. The bird you hear is the ‘merle noir’ (Turdus merula), better known as the common blackbird.

Casals: El cant dels ocells (Song of the Birds) (Genevieve Laurenceau, violin; Shani Diluka, piano; Les Chanteurs d’Oiseaux)
All of these recordings share one characteristic: that of tempo. What happens when you kick up the tempo and move the performance to two Japanese Tsugaru Shamisens? The middle section returns us to the more familiar tempo, but in the context of the faster beginning and ending sections, it changes the composition.

Now we can hear it a whole new way, and not as a lament for a long country.