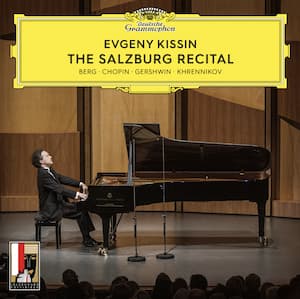 The Salzburg Festival made its comeback in 2021 amid the pandemic and welcomed a full-capacity audience. Pianist Evgeny Kissin gave a compelling recital with a splendidly idiosyncratic programme, journeying from Alban Berg to Tikhon Khrennikov to George Gershwin in the first half while dedicating the second half to Chopin. The emotional intensity was palpable with his consistently emphatic playing throughout, and the technical resources always at his disposal.

Kissin commenced his adventurous concert with Berg’s Piano Sonata, Op. 1, a masterpiece that combines late romanticism and chromaticism wonderfully. Under the tuition of Schoenberg, Alban Berg explored the boundaries of tonality in this single-movement sonata and created such potent tension through the instability of tonality, tempo and dynamics. It received a lucid reading from Kissin – the clarity of lines was always maintained with all of its intricacies, and the emotional turmoil was boldly revealed, giving the underlying dramatic narrative due emphasis. However, one may wish for more intimacy and warmth in tonal colours when the music asked for it.

He then moved on to early works by Tikhon Khrennikov (1913-2007), a Russian composer that is rarely featured on concert programmes and perhaps better known for his denunciation of “formalists”, such as Shostakovich, Prokofiev and Khachaturian. He has remained, by all means, a controversial figure even after his death. Some believe that he was obliged to perform his duties as the Secretary of the Union of Soviet Composers, while secretly protecting musicians targeted by the Soviet Union; yet others view him as an opportunistic composer who conformed to the Soviet regime. Apparently as an act of commemoration, Khrennikov’s Dance (from Op. 5 No. 3) and 5 Pieces, Op. 2 were featured in this recital. That said, I had reservations about the artistic worth of his works, as there were only a few memorable moments despite Kissin’s mastery and flair. 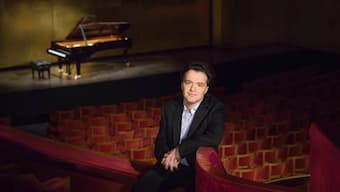 The first half of the programme ended with Gershwin’s Three Preludes. While the first Prelude would benefit from a more detached touch and feeling for the jazz inflexions, the third one enjoyed much rhythmic rigour and exuberance.

After the intermission, Kissin returned to his comfort zone with a pleasant selection of Chopin’s works. Sung with delicate bel canto, the Nocturne in B major, Op. 62 No. 1 was sublime and expressive, although the żal in the middle section was somewhat lacking. The following three Impromptus had composure and filigree (as expected from Kissin’s technically effortless playing), with such effervescence in the flourishes. Nevertheless, the improvisatory quality of the Impromptus called for more capriccioso and unpredictability. There was a tendency to enunciate every single “syllable” and a rigid approach to phrasing (which in fact applied to other works too) that sometimes compromised the fluidity of the music.

Kissin’s rather emphatic style nevertheless fared well in Scherzo No. 1 in B minor and Polonaise in A-flat major, Op. 53 (commonly known as the “Heroic Polonaise”). Instead of a joke, the Scherzo was clearly a portrayal of the war (November Uprising in 1831) in Chopin’s homeland as he was staying in Vienna. The utter desolation and anguish under the surface of technical fireworks were tellingly conveyed, forming a tangible contrast with the ensuing Polonaise. Stately and poised, Kissin’s rendition of the Polonaise was magisterial and full of patriotic pride. In particular, the middle section with an octave ostinato was rendered a vista of galloping horses on a battlefield through an effective build-up with a long crescendo.

The four encores continued the diversity of the main programme – from a touching Duetto by Mendelssohn, to Kissin’s own composition, Dodecaphonic Tango, to Chopin’s Scherzo No. 2 in B-flat minor, and finally, Debussy’s calming Clair de lune. Mendelssohn’s Duetto from Lieder ohne Worte had such lyricism and sincerity in its expression, whereas his Dodecaphonic Tango was such a catchy miniature that amalgamates twelve-tone technique and the intrinsically alluring tango rhythm, coupled with his sheer pianism.

This album was released by Deutsche Grammophon on 2 September.