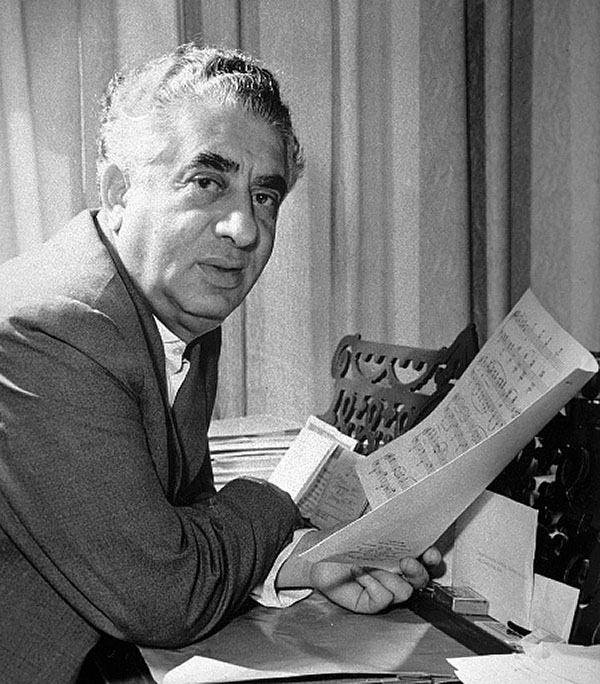 The young Jordanian-Palestinian pianist Iyad Sughayer makes an excellent case for the piano music of Aram Khachaturian in this impressive debut album. His interest in this music developed at a young age – he played the Toccata when he was just 12 and, by his own admission, “became obsessed with it”. The similarities between Armenian and Arabic music also appealed to Sughayer and have given him particular affinity with Khachaturian’s music which is evident throughout this recording.

Most people are familiar only with Khachaturian’s ballet music for Gayaneh and Spartacus, which regularly appears in concert programmes, but he also wrote a considerable amount of piano music, though only the sparkling, technically-challenging Toccata (here despatched with finesse and élan by Sughayer) has made it into the recital repertoire. This disc is a very welcome opportunity to explore his rarely-played piano music.

Born in 1903, Aram Khachaturian became the most significant twentieth-century musical figure in Armenia, then a republic of the Soviet Union, and the most important Soviet composer after Shostakovich and Prokofiev. He was born in Tblisi, in Georgia, to Armenian parents, and he never lost touch with his Central Asian heritage. His music combines the folk idioms, rhythms and sensual harmonies and melodies of his homeland with the Russian classical tradition. In the post-Soviet era, he is celebrated as a cultural hero in Armenia. 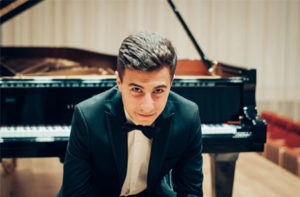 Organised as a recital, Iyad Sughayer’s disc opens with the virtuosic and expansive E-flat Piano Sonata of 1961. Premiered in 1962, and championed by pianist Emil Gilels, the composer had doubts about it and continued to revise it. On this recording, Sughayer plays the sonata as it was left at Khachaturian’s death. Two big-boned, tumultuous outer movements are offset by a desolate yet lyrical middle movement. Sughayer expertly handles the varying moods and technical demands of this work with a confident polish and a crisp direct sound.

The Two Pieces (‘Waltz-Caprice’ and ‘Dance’) were written whilst Khachaturian was studying in Moscow. Lighter in style than the Sonata and based on dances, they contain colourful, piquant harmonies and complex challenges for the pianist. Poem, also an early work, is passionately romantic and lushly textured with piquant harmonies, while the Sonatina (1959) reveals more neo-classical tendencies and looks towards the Piano Sonata.

The rest of the album comprises shorter works, including the charming Children’s Album, also known as The Adventures of Ivan. Originally written for pedagogical purposes, these appealing miniatures are by turns poignant, witty and playful, often infused with folk idioms. Sughayer neatly catches their contrasting characters, elevating these pieces beyond teaching music to something more subtle and sophisticated with his expressive tone control and sensitivity to this music’s shifting moods, attributes which are in fact evident throughout this disc.


The disc closes with the showpiece, the Toccata (1932), which Sughayer manages with an impressive aplomb. Overall, this disc is fine showcase for Iyad Sughayer’s talent and an excellent introduction to the piano music of Aram Khachaturian.

Khachaturian – Piano Works is released on the BIS label.