The combination of two violins, two violas, and two cellos is a lush and almost orchestral sound. Most musicians I know relish the opportunity to play string sextets. Even so, these works are not played as often as other chamber music combinations.

Before Johannes Brahms, few pieces were written for strings without piano, other than string quartets. The exception was the Italian composer Luigi Boccherini who wrote two sets of six string sextets Opus 23 in 1776. They’re lovely and very likely the first sextets written. These works are melodically and harmonically inventive and largely unknown. An exceptional cellist, Boccherini took care to allow the cello a more prominent role rather than being relegated to a bass role, as he frequently played the first cello part in performances. In fact, Boccherini sometimes had to substitute for violinists, and he would play the violin part on his cello at the right pitch! 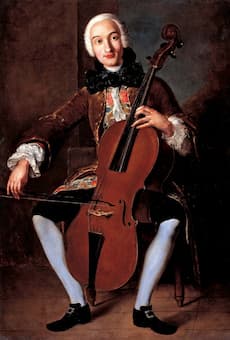 The Sextet Op. 23 G.457 No. 4 is in the unusual key of F-minor. The violin begins alone with an unusual musical line that has a subtle sadness. The other instruments answer as a unit and this style continues, with the viola sometimes joining the violin. Boccherini oscillates between the minor and major keys and deceptive cadences. It’s gorgeous.

The next movement is a startling contrast—a light and lively movement, the instrumental lines full of ornaments such as appoggiaturas and mordents, with rhythmic syncopation that give it sparkle. The 3rd movement, the slow movement, is plaintive, with the first cello part leading the melancholy mood. Slow and stately with an introspective feel and remarkable harmonies, one would think it was composed by a more modern composer. But don’t linger! The next movement is Attacca or leading directly to the finale where we are once again treated to vivacious and brilliant music. The first violin part is virtuosic and alternates between the major and minor keys. The sunny, graceful feel is frequently interrupted with forte unison lines.


The sextet No. 3 in E-flat #G454 forecasts the cello concerti with its dazzling lines high in the register and which are challenging to play necessitating two fine cellists, as cello one and two trade lines. If the ensemble is well-balanced one wouldn’t know this without seeing the performers. The sextet begins Allegro Molto, then a gentle Larghetto follows and ends with a Minuetto and three trios. Unusually enough, the minuet alternates with trios in minor keys: Trio I led by the violas and Trio II led by the second cello. The performer offers a beautiful solo higher in the register but then the first cello answers venturing into the stratosphere with some pyrotechnics that make a cellist’s heart palpitate.

Boccherini also wrote innumerable string quintets, over one-hundred with two cellos, string trios, and dozens of string quartets. Of course, Mendelssohn wrote his thrilling Octet Op. 20 for 8 string players in 1825 at the tender age of sixteen.

But the Brahms sextets set the tone for future compositions in this formation. Tchaikovsky, Korngold, Dvořák, Schoenberg, Reger, and Rimsky-Korsakov were all inspired to write sextets of their own. 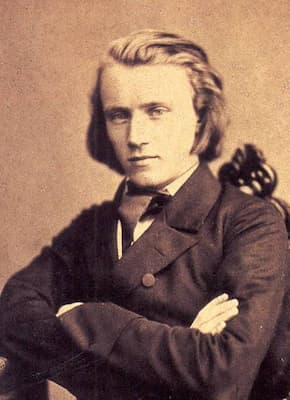 Brahms’ two magnificent and orchestral string sextets, one in B-flat major and the other in G major were composed early in his career. It is said that Brahms shied away from beginning his career in the shadow of Beethoven’s string quartets. He even destroyed early attempts at composing string quartets. Nonetheless Brahms opus 18 composed in 1860, and opus 36 in 1865, are both colossal works of almost 40 minutes, with four movements, and they stand out as unique works. Brahms sought the full symphonic sound that six string players can produce. The rich and soulful expressiveness of two violas and two cellos, juxtaposed with the brilliance of two violins is a winning combination.

The sextet in B-flat major was premiered by string players led by the great violinist Joseph Joachim who would be the dedicatee of Brahms’ violin concerto. The opening movement begins exuberantly and features no less than five themes. The two main themes introduced by the cello, provides the chocolatey warmth and singing quality of the piece, enlivened liberally with pizzicato. The second movement is an andante theme and variations, but don’t let that fool you. The movement is in the minor key. The pulse is robust and to me the melody has a spicy Hungarian flavor, and the multiple note chords and fast scale passages burst with opulence and passion. The energetic scherzo is followed by the rondo finale that has us on the edge of our seats.

Sextet No. 2 in G major captivates with the undulating viola line that accompanies the gorgeous opening theme. The first movement is a symphony in itself at almost 15 minutes in length. Again, the cello and violin share the luminous opening theme, and the cello also introduces the soaring second theme handing it off, when it returns, to the viola. The second movement, a lilting scherzo achieves lightness as it begins with only the two violins accompanied by pizzicato in the cello. Soon the movement moves from this lightness and transparency, to an allegro and then a raucous presto. Brahms brings us back momentarily after this breathlessness to the opening but the movement ends with vehemence.

Movement III, a heart-rending adagio, also begins with only the two violins, mysterioso, with pizzicato in the viola. Written as a theme and variations, a style that Brahms perfects, the opening mood is interrupted by vigorous counterpoint. The finale, an allegro, returns to G major with flashy moto-perpetuo fast notes reminiscent of a Mendelssohn scherzo, and after 30 minutes of playing by this time in the piece, this movement takes concentration, precision and energy.

The Brahms sextets are masterful and no wonder other composers hoped to follow suit. In the next article, we will examine some other wonderful sextets.