Born in 1997, pianist Eric Lu splits his time between Berlin and Boston, performing frequently across both Europe and the US. He has played with the Chicago Symphony, London Symphony, Boston Symphony, and Los Angeles Philharmonic orchestras, among many others, and in 2018, Eric won first prize at the Leeds International Piano Competition, aged 20.

Eric received an Avery Fisher Career Grant in 2021 and has been mentored by pianists including Imogen Cooper and Mitsuko Uchida. He chats to me from Berlin about his life on the road and who he believes to be the ultimate artist. His new album Schubert, featuring the composer’s D.784 and 959 Sonatas, along with the Allegretto D.915, is released with Warner Classics on 2 December.

How does it feel to be travelling again after the pandemic?

It’s great – things are pretty much back to normal now with concerts and traveling. From March to October [2020] I completely stayed at home – from October onwards, I had concerts to play, mainly live streams, some with a limited audience, but those were of course very important for me at the time.

It was actually quite wonderful because it was not so crammed, and I could really prepare more properly for each one. 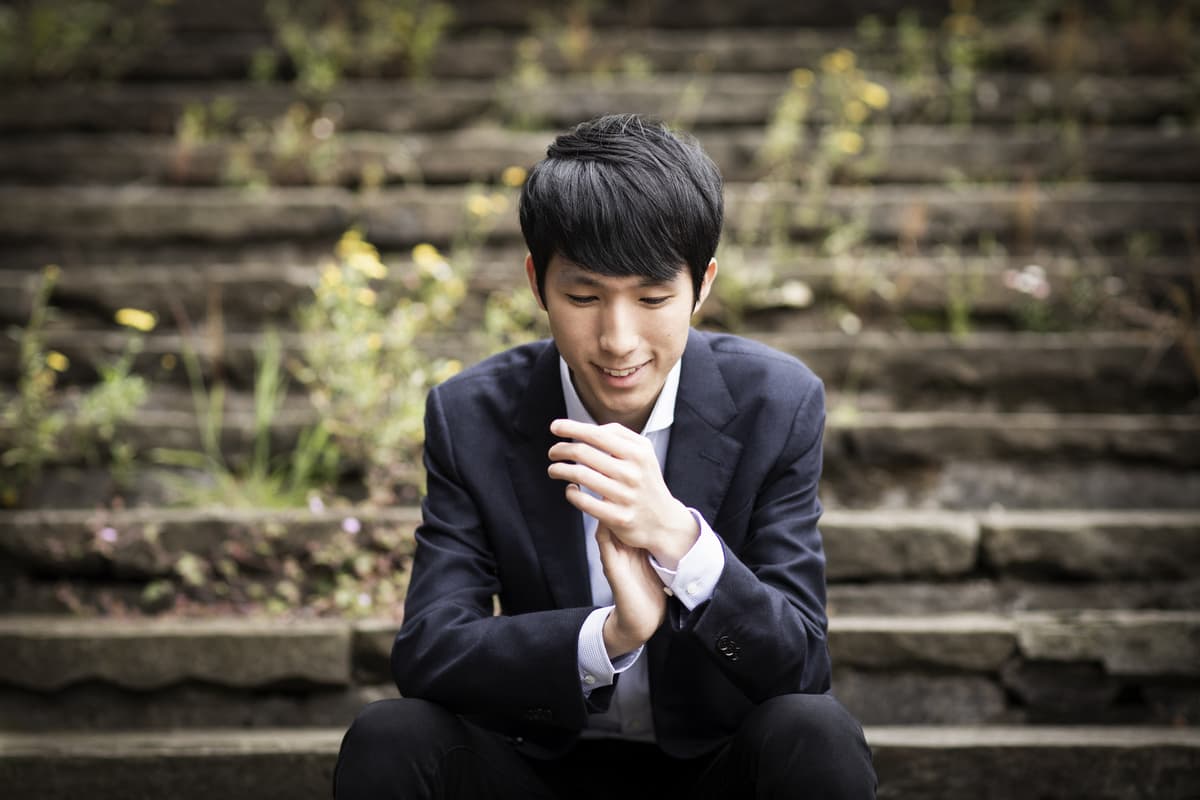 Has it been hard to get back into the swing of not just being in one place anymore, to re-find that routine?

A little bit, but it’s not too different from before. I would say the same difficulties as always are ever-present. Experience goes a long way.

You received an Avery Fisher Career Grant last year. How was it to find out?

Of course, I felt very happy. It was just a good sign for what I was doing, how I was playing, and how my career was progressing. It happened at the beginning of 2021, so still very much in the middle of covid. It was particularly a good boost of energy at that time when there was not much else happening career-wise.

Having already played with so many different orchestras, how different would you say each group you play with is?

I would say every orchestra is different. There are certain qualities, everything from when you walk into the building, the vibe, the friendliness of the players, the leaders, and of course the conductor. Every time it’s different – the hall they play in, the piano… and of course, the piece I’m playing can be vastly different, [can] require different music-making characters. 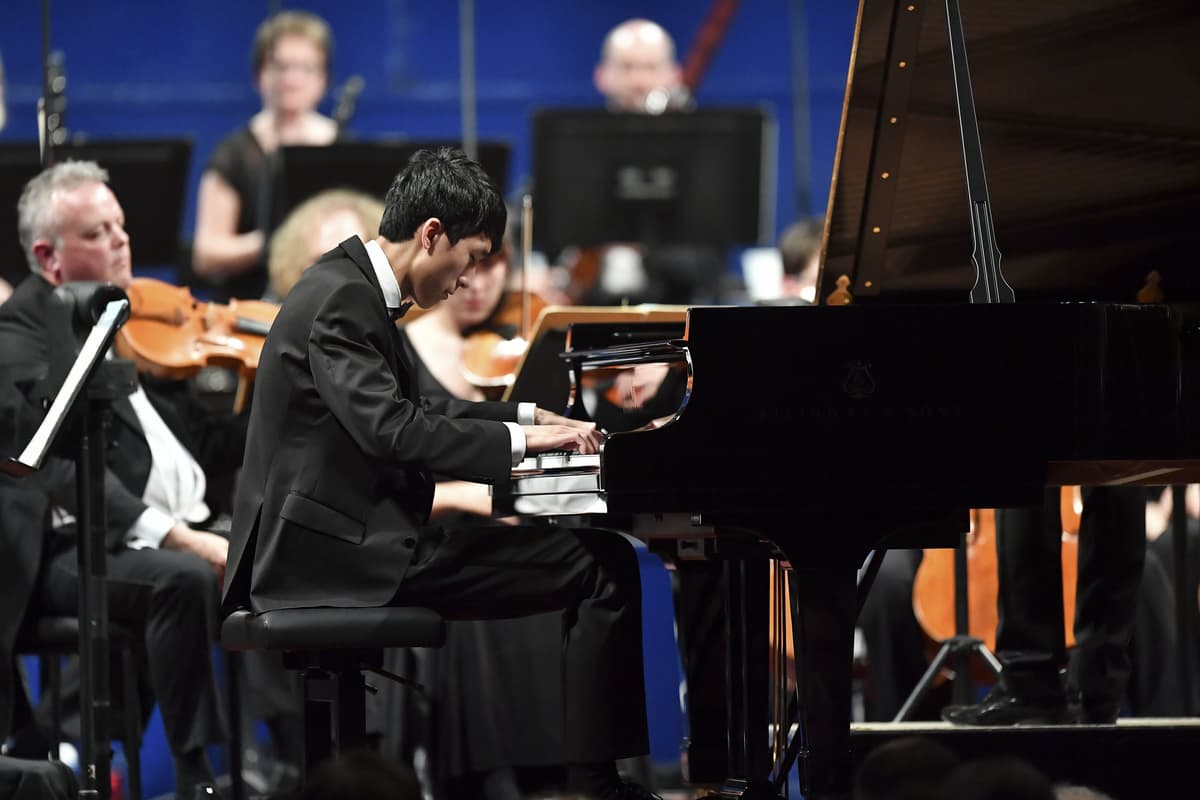 Is there a style or composer you naturally gravitate towards?

I wouldn’t want to be known as any one particular composer ‘specialist’ – I think it’s a bit too narrowing – but there’s a certain group of composers I play the most right now, for various reasons, but it’s mainly the composers I feel closest to, their own world and each individual language, and also the more I play a composer the deeper I can dig down into this person.

Schubert is definitely among the top of the list, Schubert and Chopin, and Mozart, I think. These are three composers I’ve been playing the most, and Schumann, Beethoven, Brahms [are] not far behind. These six are very much a core of my repertoire at the moment.

With Schubert, I just feel really particularly close to him. Not to say that my life relates to him in any way, but somehow the more I listen to him, the more I play him, I find his emotional world particularly to be endlessly deep.

He’s just someone who expresses every crevice, the most intense depths of the human soul. He suffered so much, and this kind of sadness and at times outbursts of overwhelming anxiety, anger, whatever, it’s just so powerful. I just think he was the ultimate artist.

Did you feel like you made a conscious choice to become a professional musician, or did it happen more naturally?

For me, there was never this one point where I decided to do so. Honestly, I kind of wanted to do it from very early [on]. Of course, at that age, you don’t know at all what the career entails, what it means to be a pianist, but I just wanted to play. I had the dream of playing concerts, and I didn’t really want to do anything else. There was nothing else in particular that I felt, “Oh I could also do that,” so it gradually just went and went. 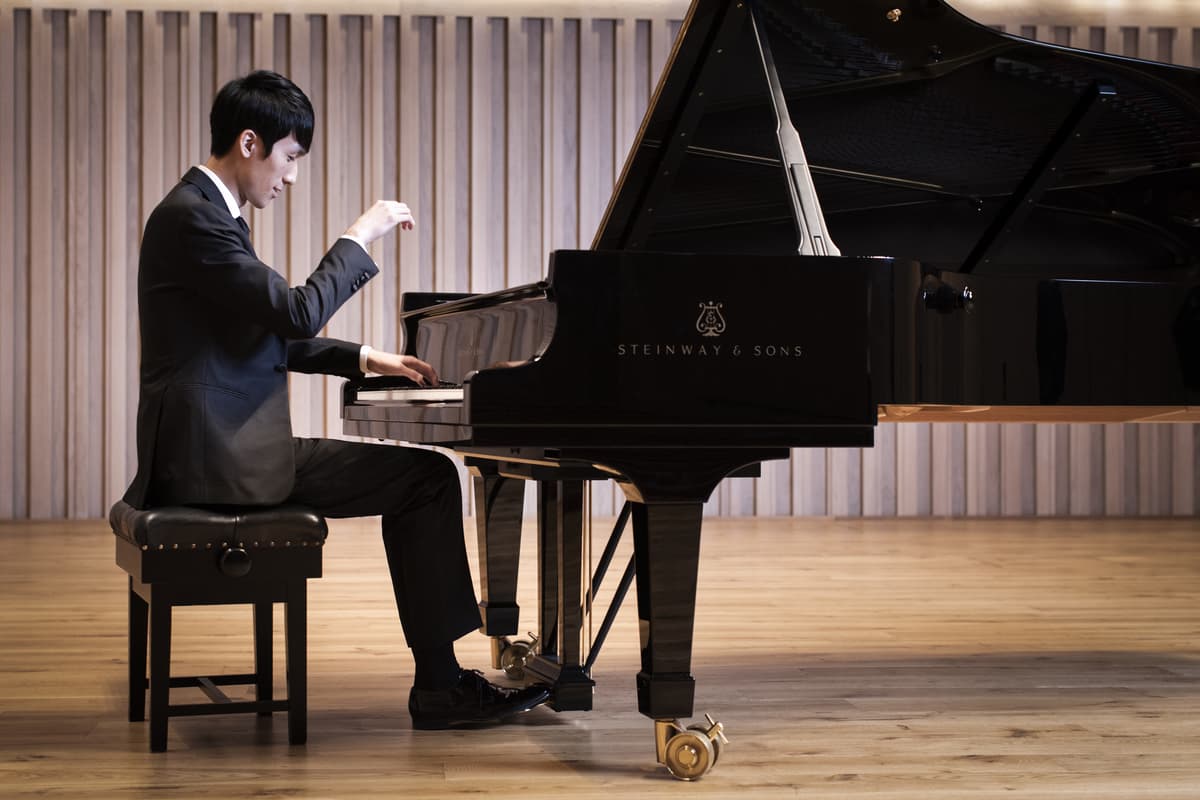 You’ve been mentored by Mitsuko Uchida and Imogen Cooper. How did that come about and how were those experiences?

They are two musicians whom I look up to tremendously. With Imogen, it was when I competed at the Leeds Competition in 2018. She was one of the jury members, and so after that we became acquainted, so from time to time when I visited London I would go and visit her, and the relationship became more close after that. She’s just such a wonderful person, extremely generous and down to earth. I consider her one of the great musicians and a true artist. Her advice on everything – career, music, life – it’s all very valuable.

With Mitsuko, I also met her around the same time, in 2018. It was actually my teacher at Curtis, Jonathan Biss, who […] arranged for me to play for her when she visited Philadelphia to play a recital. I played for her again once more that summer before I went to Leeds, and then after that the relationship continued.

I’ve been to the Marlborough festival (where she is the artistic director), and it’s not easy to meet up, but whenever we can, it’s just so … to be in the presence of such an artist you just take everything in like a sponge. So many transformative live performances I’ve attended have been with her at the piano – particularly with Schubert.