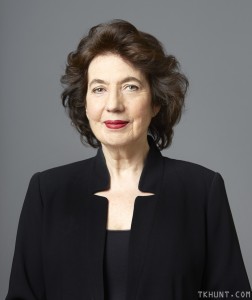 Imogen Cooper proudly announced at the age of 5 that she wanted to be a pianist. Her father, the noted musicologist Martin Cooper, warned her about the perils of becoming a performing artist. “I had no idea what it all meant,” she explains, “but I just love the experience of sharing something inner that becomes sound and goes out there and benefits other people.” For Cooper, the lifestyle of a pianist is ghastly, “and there are terrible sacrifices to be made; there are no weekends, and holidays are very strange because you always have to have an instrument not too far away.” However, true to her word, she quit school at the age of 11 and went off to Paris for 6 years to study with Jacques Février and Yvonne Lefébure. Soon after her return from Paris, Cooper first heard Alfred Brendel in the late 1960s at the Austrian Institute in London. She was 19, and he played Schubert and Chopin, “and was sensational. I marched up to him afterwards and said: “I must work with you or I’ll die.” He invited me to Vienna the following spring. So off I went, for six weeks.” 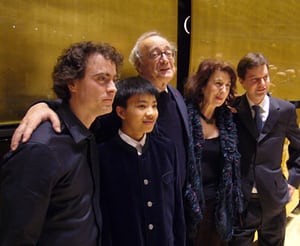 “Brendel was a wonderful teacher. He is extremely articulate and very demanding, and he made no concessions to my age,” remembers Cooper. In my first lesson, I was playing a Schubert piano sonata, and the first chord took 20 minutes. I played it again and again, and Brendel wandered around the room saying: “No, balance of sound wrong … Too much bass … Not quite the right color.” I started hearing from inside his head. Eventually, I played the chord and he turned around and said, “Thank you,” and I knew it was right. But then, so help me God, I had to play the next chord.” Through Brendel and her residency in Vienna, Cooper discovered Schubert. “It was just one discovery after another,” and he was also coming to some of the big Schubert works for the first time so there was a great process of discovery going on which was wonderful to be involved in.” They only performed together in public as a duet once, and predictably, they played the Schubert F minor Fantasy. And they recorded the Mozart Double and Triple Concertos together, “and he generously considered me a colleague forever after.”