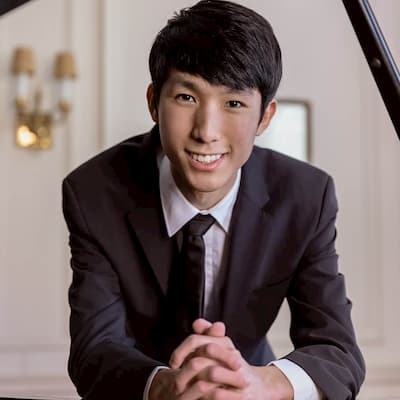 Chinese-American pianist Eric Lu made his Wigmore Hall debut in December 2019. First prize winner of the Leeds International Piano Competition in 2018, he has already garnered much praise for his performances of Beethoven’s Piano Concerto No. 4 (which he played in the final of the Leeds competition) and his recordings, mostly recently of works by Chopin, Schumann and Brahms. He’s a graceful, sensitive player who impressed me when I heard him live in February. He has a modest stage presence and an elegant, poetic sound, most obviously demonstrated in his pianissimo touch and Mozartian clarity in his articulation.

This bodes well for his Wigmore concert of music by Schubert, a composer for whom clarity of articulation, and thought, poetic lyricism and an ability to capture mercurial shifts of mood are pre-requisites.

The Allegretto in C minor, D915, introduces Schubert’s chiaroscuro in microcosm, before his penultimate piano sonata, D959 in A major. Written as a farewell gift for his friend Ferdinand Walcher, it hovers between melancholy and hope, departure and return in its minor-major harmonies, flowing arpeggios, and hymn-like middle section.

The Sonata in A, D959, was completed in the final months before Schubert’s death in the winter of 1828, a year of remarkable creativity and artistic maturity. The overall atmosphere of this sonata, the middle of the composer’s final triptych, is spring-like, lilting and nostalgic, and the work is notable for the use of cyclic devices in the form of melodic, motivic and rhythmic fragments which reappear throughout the work and serve to create a sense of unity between the four movements. The work has a dramatic expansiveness, further reinforced by its symphonic sweep, and it is marked by daring underlying harmonies which create contrasting and often startling musical colours and shifts of emotion. Only the Andantino, a hauntingly melancholy barcarolle with a frenzied storm at its centre, disturbs the mood of this warm-hearted sonata.