Blog
Better Than It Can Be Performed
by Frances Wilson January 16th, 2022 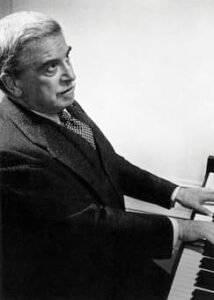 The great pianist Artur Schnabel famously spoke of his interest in music which was “better than it can be performed”, in particular the works of Mozart, Beethoven and Schubert.

In this quote, he expresses why the sonatas of Beethoven, for example, represent “great” music which stands the test of time through its inventiveness, variety, complexity and expressive depth, but also that curious dilemma of being a musician: trying to decipher what the composer meant, what the composer heard in their head, drawing only on what is given on the page. The other paradox is that the honesty, intimacy and profundity of the music often sounds better in one’s inner ear, idealized and perfected in one’s imagination, than it does to the outer ear. Yet as Schnabel demonstrated through his many performances and recordings, an inspired performance can go further, deeper and higher than the inner ear, giving us a memorable glimpse of the thought, the philosophy or the breadth of emotion which lies behind and beyond the notes. 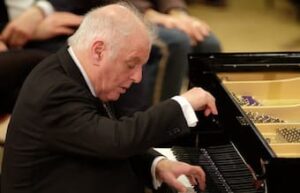 What Schnabel may also mean is that some pieces are simply very special, and can never be fully realised in performance, that the “perfect” version is not possible, even though some pieces truly deserve it. It is perhaps for this reason that certain repertoire holds a very significant place in the hearts and minds of pianists who are willing to continually rise to the myriad challenges that the music presents – Bach’s Goldberg Variations, Mozart’s piano sonatas, Schumann’s Kreisleriana, Chopin’s Etudes and the great concertos by, for example, Beethoven, Brahms, Tchaikovsky, Rachmaninoff and Prokofiev.

Perhaps the greatest thing about this “great music” is that no matter what we do to it, it still retains its fascination. Later in his famous quote, Schnabel talks about only being interested in music that presents a “never-ending problem”. Think for a moment how many recordings there are of Beethoven’s Piano Sonatas. Numerous pianists, including Alfred Brendel, Maurizio Pollini, Annie Fischer, András Schiff, Richard Goode, Paul Lewis and, more recently, Igor Levit and Jonathan Biss, have released distinguished cycles, and some pianists have even recorded these works several times (Daniel Barenboim, for example), proving that this music remains endlessly captivating and intriguing.

“As a performer, I can’t take it seriously enough. I have to adopt a personal stance toward the musical texts and their creator, to find self-awareness on a higher level.” – Igor Levit

This then is the responsibility of those who choose to play music which is “better than it can be played”. That pianists like Levit, or Biss, Barenboim or Pollini can each bring their own interpretation and insight to this repertoire perhaps proves Busoni’s quote – “The task of the creative artist resides in setting up laws, not in following them.” – and confirms the ongoing greatness of this music.