Artists Behind the scenes
The Sorcerer’s Apprentice
Alfred Brendel and Paul Lewis
Playing Schubert with no Middleman
by Georg Predota October 3rd, 2017 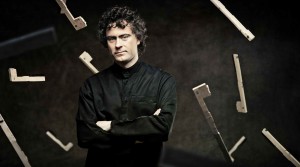 Famously, Paul Lewis grew up in a home in Liverpool where the most sophisticated musical device was a small electronic organ. Both parents had little interest in music, only “occasionally, my dad would play one of his John Denver record.” Yet surprisingly, Paul had a tremendous musical gift and he started on the cello. However, he quickly concentrated on the piano and kept listening to records made by Wilhelm Kempf and Alfred Brendel. Once Paul moved to London to study at the Guildhall School of Music he fortuitously took a master class with Alfred Brendel. “I played him a Haydn sonata and was ready for him to tell me to give it up,” Lewis says. “Instead Brendel simply said, ‘Let’s keep in touch.'” When Lewis firmly decided to take on the career as a concert pianist, he remembered Brendel’s invitation and frequently visited the master at his Hampstead home for lessons. According to Lewis, “Sometimes the lessons would go on for five hours, and he’d analyzed every single bar in the Liszt Dante sonata, and at the end of it I couldn’t play a note! The effect of these early lessons was as if he had just dropped a bomb on my whole way of thinking about a piece. There was so much information that was new to me, I needed months away from the piece to really sort it out.” For some pianists this kind of challenge might simply have been too daunting, but Lewis thought, “My god, what a journey. I could see what a bottomless way this was of looking at music.” 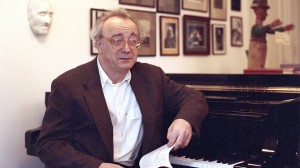 “It took me a long time to learn how to deal with Alfred’s lessons,” recalls Lewis. “I couldn’t just imitate him; I had to internalize it, occasionally react against him, and find my own way.” The experience of working with Brendel was exhilarating, and “it was astonishing to see at close quarters what he was doing,” explains Lewis. We talked about his ideas and the sounds he was trying to achieve; for me, that was when the light went on, and it’s still there. It was all about message – yes, we talked about use of the pedals, different timbres and colors, but you can talk about sonority and technique until you’re blue in the face – the real point is how to get the message across. With someone like Schubert, there are many layers, many things being said at the same time, shedding different light. The tricky thing, the point, is to get the delicate balance that conveys the message – and Alfred was the master of the message.” For Lewis, the message of the music is “more important than me,” and he is frequently more faithful to a score than others. Trying to get as close as possible to the intentions of a composer, his performances are direct, intense and deeply emotional but completely free of theatricality and impetuosity. Without doubt, Paul Lewis’s understated, thoughtful and intelligent performances are a much-needed breath of substance in the “march of mediocrity that defines postmodern society.”