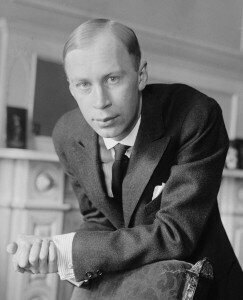 1. Prokofiev and Humphrey Bogart had a strong connection. Both were born and died in the same century, and in the same decade. Prokofiev, 23 April 1891 – 5 March 1953. Bogart, 25 December 1899 – January 14, 1957. Yes, Humphrey was a Christmas baby. But why do I include this little-known fact? Because Bogie was the Prokofiev of the movie industry. Prokofiev’s music is well-known for its diversity, as too was Bogart who played a multitude of odd, dangerous and charming characters. The two had something else in common, they were obsessive chess players. But, Prokofiev was a master. He beat world chess champions José Raúl Capablanca in 1914. 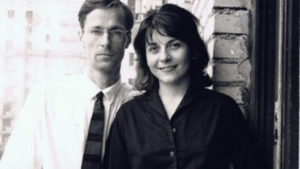 2. In 1973, that iconic construction the Sydney Opera House opened. Prokofiev’s massive opera War and Peace, which was inspired by Tolstoy’s book was the headlining event. Prokofiev began to write his opera just after the Germans invaded Russia in 1941. War and Peace was the very first performance in that great white cathedral, also known as the Sydney Opera House. Australian’s say that it is a monument to the arts. And, a friend of mine was in that performance as a stage extra. His nickname is Fifi, no kidding.

3. Apart from writing the score for three films, his music has been used in 164 movies and TV shows. The highly animated music of Prokofiev is a great match for cartoons. His music is a favourite on the Ren & Stimpy Show, employed in 11 episodes.

4. Prokofiev’s sons were very artistic. His second son, Oleg Sergeevich Prokofiev, 4 December 1928 – 20 August 1998, was an artist, poet and sculptor. He met the dancer and art historian Camilla Gray. She wrote The Russian Experiment in Art 1863-1922. Clearly, Prokofiev’s son Oleg was the inspiration for this book. After six years apart when Oleg was not allowed out of Russia, the two married. Their relationship ended tragically after just two years when Camilla contracted hepatitis and died. Prokofiev’s first son Sviatoslav compiled the colossal two-volume Russian edition of his father’s diaries from 1907 to 1933. To add to this short story on the descendants of Prokofiev, his grandson Gabriel Prokofiev is a composer. However, he is a very different music maker than his grandfather.

5. There was not one flower at Prokofiev’s funeral. Every floret, bud, blossom, and bloom had been taken or sold in Moscow. The funeral of his adversary Uncle Jo, Joseph Stalin who had died the same day as Prokofiev overwhelmed the flower sellers in Moscow. In fact, it was just one hour after Prokofiev had died, did Stalin die. It seemed that the histories of Prokofiev and Stalin are always to be intertwined.

6. Heavily involved in the early 20th-century movement of Futurism, Prokofiev was the first to perform publicly in Russia the music of the inventor of the twelve-tone system, the Austrian composer Arnold Schoenberg. 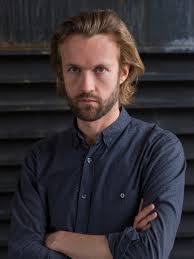 7. Mozart and Prokofiev composed their first pieces at the age of five.

8. Joseph Stalin never smashed a recording of Prokofiev’s own music over his head as suggested in the excellent play Master Class, by British playwright David Pownall. But, I just bet that murderous tyrant colloquially known as Uncle Joe because of his alliance with the US in WWII, I just bet he wanted to.

9. There are more than 10 million links to Prokofiev on Google, and he has his own YouTube channel.

10. Prokofiev too was a list maker. In his Theory of Creative Actions in Twenty Propositions, his number six sums him up the best I believe. “As I am the expression of mind, I am capable of vigorous creative thinking”.

There is a lot more than 10 things that everyone should know about Prokofiev. But if you listen to any piece he ever composed, you will hear his creative thinking. In his music, there you will find the true sound of an artistic, individual and creative person. Regardless of the censorship that the Russian state imposed on him, Prokofiev’s music escaped suppression, and today it is free to enter your heart and mind.