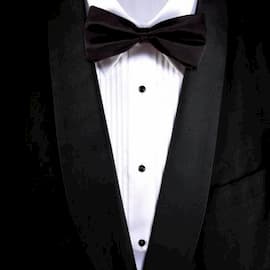 A while ago, I read an interesting story about the evolution of the performance dress code for musicians. It stated that the tradition of black-tie formal wear in classical music harks back to the Victorian era, where manservants and butlers wore similar attire – that is, the musicians were dressed as the ‘help’.

Interesting, because it serves to showcase the social role musicians played in that bygone era. But whilst the manservant has mostly gone the way of the dinosaur, musicians have seemingly held strong to this concept and its accompanying perception.

This article however is not about what a musician chooses to wear or not – the strength of that argument goes out the window the moment one moves past the male gender. Instead, it’s about the overarching mentality that holds musicians’ hostage in almost every respect of our industry.

But back to the ubiquitous dress code: how we dress is how we wish to be perceived. Classical music attire is almost always formal – from black-tie for men, to elegant evening gowns for women. The fact that most of the dialogue surrounding Yuja Wang and James Rhodes revolves around their choice of clothing is proof that any diversion from the norm is seen as an affront to what we as musicians should be representing.

And what is it that we’re representing? A long performance tradition, of course. One that just happens to have its roots in class servility. 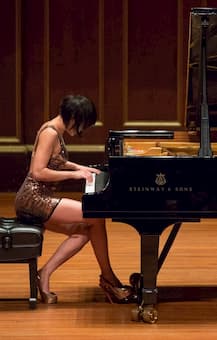 Whilst we may represent to the wider public a symbol of cultural and financial elitism, we ourselves as musicians are rarely welcomed into this class. If indeed elitism is the cornerstone of the traditional classical music industry, then we are merely the facilitators and servants of it, as opposed to the purveyors and originators. Only the very top level of artists eventually manages any form of equity with our patrons, and even then, never really at the same level.

Our servility manifests itself in every aspect of our daily experience, and it pervades our mentality on many levels. Our existence is a non-stop cycle of paying homage and tribute to ‘composer intentions’ and ‘playing it right.’ Our individual personalities are broken down in music schools, where we are systematically encouraged to put our musical desires to one side and disregard our natural intentions, in preference for examples set by anecdotal evidence and recordings. We are specifically taught that what we want to do is not valuable – only tradition, and only faithful reproduction of the text.

In this system, we are not artists: we are well-trained copyists. We are servile to the ‘good word’ of the page, we adhere to stylistic rules and regulations in an attempt to recapture performance standards of previous eras – without ever questioning why, or where the legitimacy of these rules originated. If we do stray from the page and offer something of ourselves, it is met with nothing but hyperbolic outrage, mirth, and disgust from our peers and from our audiences. We are servants playing to our masters, and we have a responsibility first to entertain them, and specifically not to outrage them. We don’t even get to really choose our programmes – that’s left to the administrators who again make decisions based on audience purchasing power.

Popular musicians across all genres have their dress codes also – but since the late 1960s they have chosen to represent something else: desire. They dress in a style that evokes both primal desire (Robert Plant’s skinny jeans, anyone?) and the desire from the audience to be that person. They celebrate the uniqueness and boldness of the individual through creating a persona, and image that is above and beyond the ‘normal’ human existence. The audience wants to be, or be with the person on stage. With all due respect, I highly doubt the majority of the traditional classical music audience harbour a lustful desire to be the second bassoonist in an orchestral pit. 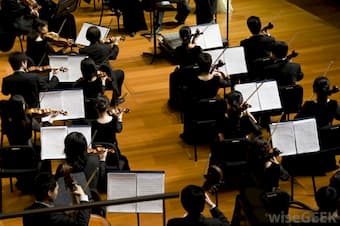 We need to claim our independence as musicians and move from generic respect, to genuine awe. If our ancestors operated in social and economic scenarios which required their servility (which historically was the case – see Bach the church cantor, Mozart and Haydn under the aristocracy, Chopin hired by the bourgeoise elite), then there is no reason we must fill the same role.

As a collective, we need to decide what we wish to represent – a museum of tradition, or an evolving cultural life-form. Great art will never be the result of pandering to the masses, or subjugating individual expression for the goal of ‘getting it right’. If modern music-making is uninspiring, it is because our ability to say anything of interest has been stifled by generations of conservative thinkers who value objective perfection over subjective communication. Reclaim your right to wear what and play how you want, with your intentions and the quality of the music as the highest goal. Maybe then for the first time, we can escape the doldrums of servility and emerge with artistic credibility.