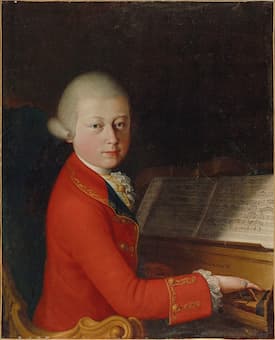 Recently, Antonio Salieri (1750-1825) has gotten some seriously bad PR. But we need to be clear about the fact that he did not cause Mozart’s death. Salieri was a serious and steady man, but there is also mention of him as friendly and cheerful. The Irish singer Michael Kelly assures us that Salieri “would make a joke of anything.” When Mozart established his base in Vienna, Salieri was already a well-respected star. In fact, Salieri was one of the most important musical personalities in the city, highly appreciated and seriously well connected. It was Leopold Mozart who resented the special place Salieri held in the courts, and he openly spoke of several “cabals” of Italians led by Salieri who were actively putting roadblock into the way of Wolfgang obtaining certain posts or staging his operas.” 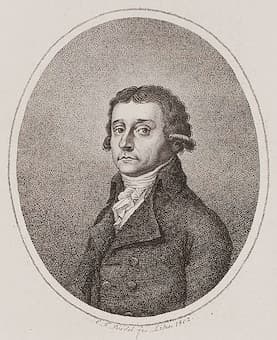 Wolfgang writes to his father in 1783, “You know those Italian gentlemen; they are very nice to your face! Enough, we all know about them. And if Da Ponte is in league with Salieri, I’ll never get a text from him, and I would love to show what I can really do with an Italian opera.” In 1781 Mozart applied for the position of music teacher to the Princess of Württemberg, but Salieri got the job instead. “Salieri and his tribe will move heaven and earth to put him down,” Leopold Mozart wrote to his daughter. However, there is no real evidence of a contentious relationship between Wolfgang and Salieri; in fact, they cooperated on a cantata for voice and piano, and Salieri was responsible for leading a number of Mozart works to their successful premier. It was Mozart who was highly suspicious and wanted Salieri out of the way, and not the other way around. 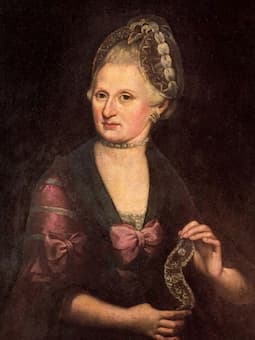 Wolfgang Amadeus Mozart first visited the city of Mannheim—a little side trip after a performance in Munich—in 1763. Accompanied by his parents and his sister Nannerl, he only stayed for a couple of days before the entire entourage departed for Vienna. Fourteen years later, Wolfi was unhappily employed as Concertmaster in Salzburg. He desperately wanted to leave provincial Salzburg behind and secure a post at another court. While Leopold stayed in Salzburg to provide for his family, Wolfi and his mother departed for Paris. 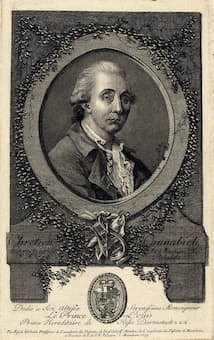 After a short stay in Munich they arrived in the city of Mannheim and unintentionally stayed for almost five months. Under the Lector Carl Theodor, an enlightened ruler with a strong interest in philosophy, science and the arts, the court at Mannheim had flourished into one of the most important intellectual centers in Europe. Although an important patron of the Arts and Literature, Carl Theodor’s central interest was music and he spared neither effort nor expense to engage a number of exceptional musicians, who all played in the incomparable orchestra led by Christian Cannabich. Mozart reports to his father, “Cannabich is the best conductor I have ever seen, he is both loved and feared by his subordinates, respected by the whole town, as are his soldiers.” 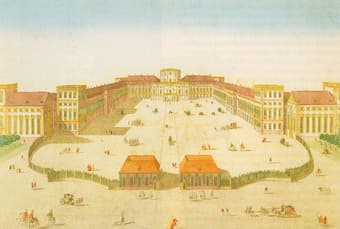 The city of Mannheim, picturesquely located at the confluences of the Rhine and Neckar Rivers, was not only home to one of the best orchestras in Europe, it also was a thriving center for religious music. Much of the music composed for the Mannheim cathedral came from the pen of Viennese-born Ignaz Holzbauer. Holzbauer had studied with Johann Joseph Fux, and held musical posts with Count Thurn of Laibach and the Count Rottal in Moravia before becoming Kapellmeister in Stuttgart. He joined the Mannheim court of Elector Karl Theodor in 1753, and remained in his service for roughly twenty-five years. 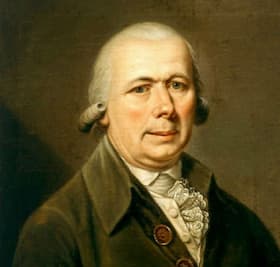 When Mozart and his mother arrived in Mannheim, Holzbauer immediately became a significant contact and Mozart was quickly able to experience his music. On 4 November 1777 Mozart writes to his father “I heard a mass by Holzbauer. He is a good composer, he has a good church style, he knows how to write for voices and instruments, and he composes good fugues.” Incidentally, when Mozart and his mother continued their onward journey to Paris in 1778, Wolfgang composed nine insertion/substitution for a Miserere by Holzbauer, which was commissioned by the Concert Spirituel. Regrettably, these compositions have not survived. Holzbauer composed nearly 150 symphonies, 50 chamber compositions, 4 ballets and 30 Latin masses, but he was also known for his Singspiel Günther von Schwarzburg, the first serious attempt at setting opera to German texts. Mozart attended a performance on 5 November 1777 and reports, “Holzbauer’s music is very beautiful, but the poetry is not worthy of such music. What surprises me the most is, that so old a man as Holzbauer should still have so much spirit, for the opera is incredibly full of fire.” 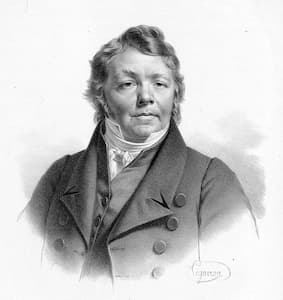 In August 1788, a visitor to the Mozart household observed a little boy walking around the garden. That little boy was Johann Nepomuk Hummel, who studied with Mozart for about two years between 1786 and 1788. During his audition, young Hummel played a few small pieces by Bach that he had carefully practiced. His father, Johann Hummel reports, “Mozart listened with his arms crossed. He became ever more still, his expression ever more rapt; his eyes shone more brightly and joyously. Mozart then placed another composition before the boy—one of his own—to see how well the boy could sight-read. It went very well. Suddenly, with a look that sparkled and twinkled for joy, he put his hand on my knee, pressed it gently, and whispered to me, ‘you must leave the lad here with me.’ I shan’t let him out of my sight; something can be made of him!” And so it was agreed that Mozart would not only teach young Hummel for free, but also provide him with free lodging and food. Hummel’s stay coincided with one of the most productive periods in Mozart’s life, and he had the opportunity to hear both Figaro and Don Giovanni firsthand. Hummel for his part proudly acknowledged his status as a Mozart student throughout his live, “the development of my talent was begun by my father, who was a fine musician, and completed by my instruction under Mozart.” 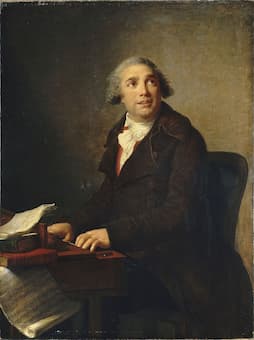 Between 1769 and 1773, Wolfgang and his father Leopold made three Italian journeys. Wolfgang’s performances were well received and his compositional talents recognized. He was commissioned to write three operas for Milan—each one of them became a critical and popular triumph—but he was never able to secure an appointment at one of the Italian Habsburg courts. He did meet many of Italy’s leading musicians, including the theorist Giovanni Martini, who tutored young Mozart in counterpoint. On 14 January 1771, the Mozarts departed for Turin and met the highly distinguished violinist Gaetano Pugnani, his prodigy student Giovanni Battista Viotti, and the composer Giovanni Paisiello. Paisiello was one of the most popular opera composers of his time, and Haydn and Beethoven subsequently championed his music. Leopold Mozart declared Paisiello’s opera Annibale in Torino a “magnificent masterwork.” In 1784, Paisiello visited Vienna to stage his opera “The Barber of Seville.” Paisiello personally invited Mozart to attend rehearsals, and according to the English tenor Michael Kelly, Mozart kissed “Paisiello’s hand after the performance.” Mozart in turn had just finished two piano concertos for his student Barbara Ployer. As he writes to his father, “… I shall fetch Paisiello with my carriage for I want him to hear my compositions as well as my pupil.” Paisiello’s operatic style clearly did influence Mozart, and he was particularly found of Mozart’s Don Giovanni.