Composers Inspiration
At the Center of the Musical Universe
Antonio Salieri
by Georg Predota March 18th, 2019

Ever since Antonio Salieri (1750-1825) fictionally poisoned Wolfgang Amadeus Mozart, he has gotten some seriously bad press. But as we know all too well, factual information and historical fact have never stood in the way of Hollywood telling a good story. Mind you, there was some actual tension between the Mozarts and Salieri, as Leopold resented the special place that Italian composers held in the courts. In 1783 Wolfgang writes to his father, “You know those Italian gentlemen; they are very nice to your face! Enough, we all know about them. And if Da Ponte is in league with Salieri, I’ll never get a text from him, and I would love to show what I can really do with an Italian opera.” Salieri came to Vienna in 1766 as a teenager, and eventually appointed “Kapellmeister” of the Imperial Court, with responsibilities as court composer and conductor of Italian opera. Without doubt, Salieri was one of the most important musical personalities in Vienna. How important you may ask? Well, certainly important enough for both Mozart and Beethoven to compose variations on Salieri themes. 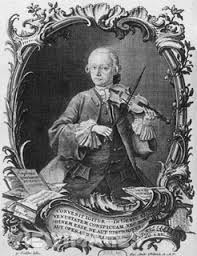 In the summer of 1773, Leopold Mozart took advantage of the absence of the new Archbishop in Salzburg and took his son to Vienna. Hoping to attract interest at court and trying to impress Salieri, Mozart wrote a set of string quartets, and before returning home in the autumn, a set of variations on “Mio caro Adone” (My dear Adonis) from the Finale of the opera La fiera di Venezia (The Proud Woman of Venice) by the court composer Antonio Salieri. The opera had been first staged in 1772 and enjoyed considerable success throughout Europe. In fact, it was staged over 30 times during Salieri’s lifetime. However, when Leopold Mozart saw the opera in Salzburg in 1785, he had nothing good to say, describing it as a “stupid foreign childishness.” We do not know what Leopold thought about his son’s variations, but he probably wasn’t impressed either. 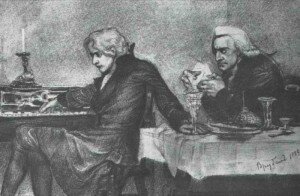 When Beethoven came to Vienna, he took lessons from Salieri hoping to improve his vocal writing. In fact, Salieri was enormously popular as a teacher, counting Franz Liszt, Franz Schubert, Ignaz Moscheles, Giacomo Meyerbeer, Carl Czerny and Johann Nepomuk Hummel among his students. As one of the pivotal figures in the development of late 18th-century opera, Salieri was a cosmopolitan composer who wrote works for opera houses in Paris, Rome, and Venice, and his dramatic works were widely performed throughout Europe. Almost predictably, Beethoven did not follow Salieri’s advice in his own opera Fidelio, but the fact that he asked him to look over the score, indicates that he sincerely valued his opinion. 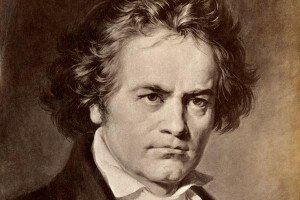 Let us not forget that Salieri’s operas enjoyed considerable contemporary success. His opera Falstaff, based on the Shakespearean play, was staged in Vienna in January 1799 and had refined and light-hearted entertaining quality. By the end of February, Beethoven already gave the manuscript of his ten variations on the aria “La stessa, le stessissima” to his publisher. Dedicated to his student Countess Babette von Keglevics, the work was not well received. An anonymous critic wrote in the AMZ on 6 June 1799, “I could not at all be satisfied with the variations on Salieri’s “La stessa, le stessissima” because they are stiff and strained; and what awkward passages are in them, where harsh tirades in continuous semitones create an ugly relationship with the bass and the reverse! No, it is true, Hr. v. B may be able to improvise, but he does not know how to write good Variations. With his unusual knowledge of harmony and love for serious compositions, he should try to write more naturally.” Naturalness might not have been on Beethoven’s mind, specifically since he subsumed the “Italian” theme into an Allegretto “Alla Austriaca” to conclude his set of variations.