Opinion
Thou Shall Not Steal
by Doug Thomas July 22nd, 2019

The more I compose and create, the more I agree with this well-known Picasso quote—or Stravinsky for the same matter, as the ambiguity on the ownership persists. Actually, thanks to Cage and his writings, I have been refining my definition of a composer to: organiser of sounds. A composer recycles musical material and rearranges musical ideas. As matter of fact, a composer is an instruction giver of new organised and structured musical cells. The true composers—in the sense of creators—lived in preliterate cultures; they are the ones that developed primitive music and rhythm. Later on, it is to the antique and medieval innovators that we owe our current melodic and harmonic blueprints. After them, the rest is just a rework. That is oversimplifying musical history. But to the point where this is partially—if not fully—true, it starts the argument of creative re-appropriation and paraphrasing. 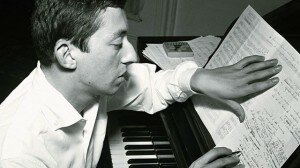 It is not about evident borrowing and musical homage such as quoting another composer’s extract of a piece (i.e. Serge Gainsbourg with Chopin in Jane B). It is about re-appropriation and re-contextualisation of a composer’s musical ideas and material. It is noticeable in every music genre; in popular music (i.e. Frank Zappa and the Mothers of Invention in Son of Suzy Creamcheese re-appropriating The Kingsmen’s Louie-Louie, or Flower Punk from Jimi Hendrix’s Hey Joe) as much as classical and film music (Williams in The Imperial March re-appropriating Holst’s Mars, or Levi in Meat to Maths from Schubert’s Quarttetsatz). In a more subtle manner, Vladimir’s Blues by Max Richter is based on a well-known Chopin pianistic pattern and The Blue Notebooks is based on a Satie-esque piano accompaniment.

There are several reasons for artists to engage in re-appropriation other artists’ works. The most frequent is the study and development of the artist himself. Painters are well known for copying the past great masters in order to learn new techniques, and develop new resources and skills to bring to their own paintings. All artists do it—painters do it, writers do it, filmmakers do it and so do musicians—improvisers and composers. This allows them to learn about structure and form, develop rhythmic, harmonic and melodic ideas as well as build new musical vocabulary and syntax. Actually, many jazz improvisers grow their musical vocabulary by learning licks from other musicians, and reclaiming it their own until it becomes second nature. In rock, the licks are called riffs, but it works the same way. 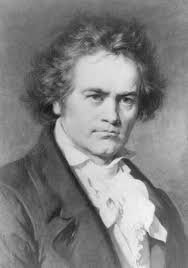 A composer might also want to develop a musical idea initiated by another composer. This is very common in classical music—with themes and variations; paraphrasing the theme from another composer’s piece (i.e. Beethoven’s well-known thirty-three Diabelli Variations)—or the etude; Godowsky based his set of fifty-three studies on Chopin’s twenty-four.

If music is considered as a language, then the learning process for all of them is very similar. And this includes musical paraphrasing and re-appropriation. We learn how to write and speak by copying and imitating other people’s expressions, idioms and manners. We choose our vocal expressions based on our elders. To me, there is no shame in extracting material from another composer’s piece. The trouble comes when the composer omits acknowledging the starting point. Wouldn’t it be surprising if Haydn had denied Mozart’s (K. 545) input on his Hob. XVI/50 and Beethoven Haydn’s on his Op. 13, or Glass the formers’ on his Metamorphosis.