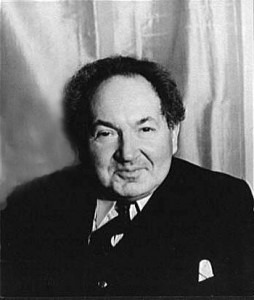 Influential as a performer and teacher as well as a composer, the Polish pianist Leopold Godowsky (1870-1938) was given the nickname the “Buddah of the Piano.” A rarity at a time of great piano tuition, Godowsky was almost entirely self-taught. His family says that he started playing the piano at age two (although he says that he cannot recall this!) but it is certain that by the age of 5 he was already composing and playing both the piano and the violin. He gave his first concerts at age nine and toured through his local area of Lithuania and East Prussia shortly thereafter.

His first American tour began in 1884, when he was 14. By age 17 he was back in Europe, eventually becoming a protégé and friend of Camille Saint-Saëns. He gave recitals in London and Paris but in 1890, he returned to the US and remained there for the next decade, teaching at the New York College of Music, which had opened in 1878. He next taught in Philadelphia and then Chicago.

His musical teaching revolved around the idea of ‘weight release.’ This was a contrast to the use of pure muscular momentum in playing.

Fortunately for us, Godowsky was very interested in recordings and made some of his first pressings in the early 20th century. This recording of Liszt’s La Campanella comes from 1913, and once you get your ear accustomed to the surface noise, you can hear Godowsky’s artistry.

In addition to recordings, Godowsky also recorded on player pianos that had the ability to capture not only the notes he played but also his finger pressure. This performance of Schumann’s Traumerei was recorded in 1917.

On the compositional front, as mentioned above, Godowsky started writing music when he was just five. At the end of the 19th century, he began working on his 53 Studies on Chopin’s Études (1894-1914). Known as “the most impossibly difficult things ever written for the piano,” they remain a challenge for performers to this day. In addition, some of the studies took Chopin’s original and reworked them to be played by the left hand only.