Opinion
Is Classical Music ‘Elitist’? No, But You Might Be!
by Chris Lloyd July 21st, 2019

Classical music has an image problem. Depending on where you hail from in the western world, society as a generalised group will probably have a fairly stark concept of this artistic medium we all hold dear.

The three countries I’ve lived in – Australia, Great Britain, and Germany, all have differing approaches to classical music. In Australia, I grew up in a small country town in South Australia, where I was mostly ridiculed for engaging so actively in something considered ‘soft’, such as piano playing. I was also a fairly nerdy half-Asian kid, so that didn’t necessarily help, though my popularity did start to skyrocket when I picked up a guitar and learnt Hendrix. Later, after moving to the city, it seemed that the classical music community was a small but fervent group of diehard supporters in and around the conservatory I studied at, with not much interest from the larger populace.

Moving to London – where a class system still pervades everything from grocery stores to what sport you follow – classical music still seemed to be a separate entertainment entity that most people weren’t invited to. Only in Germany, the birthplace of Bach and Beethoven, has it finally seemed like I can use the fact that I play classical piano to try and flirt with women. Finally. 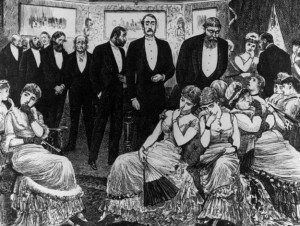 Why such a divide? The lasting image is that classical music is an elitist art form; made by middle-class white people, for middle-class white people. A Ghanian-British friend once gave it to me straight when I once asked why she didn’t actively seek out classical concerts, considering she didn’t seem to mind it when I played. Her response was: ‘It’s shit mate, there’s no black people in it.’ But to suggest classical music has an exclusively limited reach to European cultures would deny the fact that the largest developing markets worldwide are China, Mexico, and South Korea. Also, Sheku. And Chi-Chi.

Another reason people tend to give for not wanting to try out classical music is that attending live events is too cost-prohibitive – another calling card of the elite. But nobody has ever accused the Premier League of being elitist, yet the ticket prices are roughly the same (and according to this article, football is generally more expensive). Similarly, in Berlin one can see Strauss at the Staatsoper for as low as 12€, and then go on to pay 15€ to dance at any of the techno-music temples afterwards. If higher prices are off-putting, why does it still take two hours of queueing to get into the latter?

Many commentators in Britain and the USA particularly highlight a lack of education as the single greatest factor that separates classical music listeners and the rest. They argue that with more education, the next generation of listeners will be compelled to seek out more classical music. This is undoubtedly true – after all, it’s always more fun when you know what’s going on in front of you. But this emphasis on education encourages the concept that in order to enjoy classical music, you need to have some form of higher education than just being able to listen and judge on your own merits. It’s the seed of elitism being planted.

Music in itself cannot be elitist: after all, it is merely a complex combination of sound waves all put together to create a pleasant aural effect. Anyone who has ever spent a night out drinking with a group of classical musicians can also affirm that the stain of elitism doesn’t necessarily affect the performers en masse either.

So what is the cause of this perceived elitism? The only possible source is from those who own classical music – that is, the audience, the patrons, the sponsorship and funding bodies, the aged folks who shush and occasionally turn to physical violence to shut up the uninitiated (on the rare occasions they venture in to a concert hall). These classical music elitists at their worst are akin to the far-right Nationalists who complain when immigrants enter their country: like any culture that perceives a threat to their way of life, they are primarily concerned with isolating and protecting what they deem ‘authentic’ (even though there is a wealth of literature that proves 21st century concert etiquette has nothing to do with historical accuracy), and are unwilling to open themselves to the possibility that other opinions and cultures may have something to offer. Daniel Barenboim painted the situation perfectly in Alan Rusbridger’s book, Play it Again, when saying:

“… you get only the very passionate music lovers who go to the concerts… and they are very exclusive. That’s what they want and they spend their time travelling and hearing, away from the rest of the world, away from the human problems, oblivious to development in painting, in many other things… So you get a very kind of specialised audience and you get specialised people who play. Therefore you get a community made up of artists and audience that is an ivory-tower community, because both have lost a great part of the connection between music and everything else.”

With the amount of ritual and rules that surround attending a concert, it doesn’t surprise me at all that the majority of non-classical music listeners rarely venture to experience something with an unknown factor. It creates a near insurmountable barrier, and the promise of what lays inside cannot outweigh the known-reality of being forced to sit rigidly in silence for an hour or more, not knowing when you’re allowed to applaud, and not feeling free to experience the entertainment in your natural habitat. The traditionalists will howl and say we shouldn’t pander to the masses or prostitute the music to sell tickets. I say, stop being elitist, this isn’t about you.

It is about the musicians who need to realise this and make a call on whether they want to be part of this system or not. Is there potential to develop a new system outside of the traditional model that allows both to flourish? Certainly there are enough high quality musicians. Those currently in charge of the classical music industry cannot and should not be asked to change – indeed, for many, the current performance traditions are really fantastic and don’t need altering – and until musicians take it upon themselves to showcase what really is an amazing product to a wider audience, it will never shake this tag of elitism. The existing audience don’t need to feel threatened, as the two systems would not need to compete, but coexist. The experiences should not be bastardised, and not cheapened – they don’t have to be. Classical music is awesome, let’s bring it to as many diverse groups as we can.