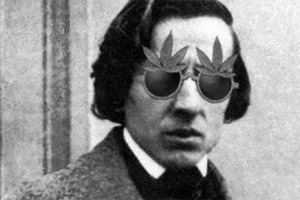 When classical music aficionados are surveyed on the most popular romantic composer, the name Frédéric Chopin invariably rises to the top. This is hardly surprising as Chopin’s music, ranging from wistful Waltzes and sensual Nocturnes to fiery Etudes and Sonatas, creates a flow of heightened emotions for the listener. Uniquely combining physical keyboard challenges with melting lyrical beauty and beauty of form, Chopin’s music unfolds with heartbreaking tenderness that is the unmistakable hallmark of his musical genius. The great Polish pianist Krystian Zimerman once suggested, “Chopin’s music is trying to free itself from the hammers of the piano, with the singer aching to get out.” And wouldn’t you know it, as soon as Chopin’s music crossed into the world of popular music, the singers did indeed come out!

With the lyrics credited to Harry Carroll and the melody adapted from the Fantaisie-Impromptu by Chopin, “I’m Always Chasing Rainbows” became an instant hit in 1918. Introduced in the Broadway show Oh, Look, the song reached ever-new heights when Judy Garland sang it in the 1941 film Ziegfeld Girl. Since then, it has been recorded multiple times and even found a place in the Woody Allen romantic 2014 comedy Magic in the Moonlight. Chopin’s Polonaise Op. 53 was used in a slightly different context. At the conclusion of World War II, a number of cinema dramas dealt with the topic of veterans trying to adjust to civilian life. Till the End of Time was released in 1946, and prominently features Chopin’s music with fitted lyrics throughout.

“Till the End of Time”

Serge Gainsbourg is widely regarded as one of the most important figures in French popular music. A singer, songwriter, pianist, film composer, poet, painter, screenwriter, actor and director, Gainsbourg’s highly diverse artistic output incorporated all musical genres known to mankind. Always provocative and frequently scandalous, Gainsbourg recorded his 1969 album “Je t’aime…moi non plus” with his then lover Jane Birkin. This track gained notoriety by featuring ecstatic female moaning and an apparent orgasm at the song’s conclusion. We do get a more verbally expanded descriptive of Jane Birkin on the track titled “Jane B;” all set to Chopin’s Prelude in E-Minor, Op. 28 No. 4.

Widely considered a “kitsch masterpiece,” the Gainsbourg/Birkin collaboration and use of Chopin’s music inspired a substantial number of imitators. Among the most successful was the American singer-songwriter and producer Barry Alan Pincus, who became much better known under his stage name Barry Manilow. Manilow had previously arranged a number of commercial jingles, but with “Could It Be Magic,” released his first real hit in 1975. With lyrics written by Adrienne Anderson, the chords and melodic progressions, not to mention the extended introduction, are squarely based on Chopin’s Prelude in C minor, Op. 28 No. 20. An instant billboard success, the song was interpreted by a number of additional artists over the years.

“Could It Be Magic”

Chopin’s music continues to reverberate in popular music! In 2012, the best-selling Italian singer Adriano Celentano recorded his single “Ti penso e cambia il mondo.” Also based on the C-minor Chopin Prelude, the song features a tender dialogue between a man and a reassuring God that can be interpreted as a simple love song. Chopin’s unrivaled creative strength and emotional intensity will continue to reverberate, not only as a legacy for budding pianists and dedicated concertgoers, but as a sounding testament to the human creative spirit.