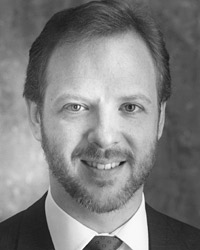 It’s been called the “world’s most annoying” Christmas carol. “The Twelve Days of Christmas” is a cumulative song, with each verse building on top of the previous verses. True to its name, there are twelve verses representing the twelve days of Christmas, starting on 25 December and ending with the celebration of Epiphany, or the Three Kings on 6 January. Each verse, as you know if you have ever sung this little gem, describes a gift given by “my true love.” Thought to be French in origin, the verse was published without music in England in 1780, and the tune we all know appears to originate around the turn of the 20th century. 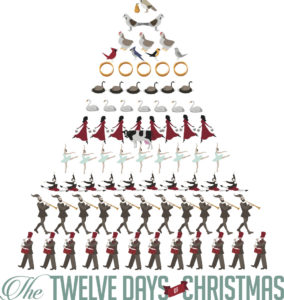 So why is this rhyme considered annoying? When a new gift is mentioned, all the earlier gifts are repeated, and each verse becomes one line longer than its predecessor. And so it was left to the American composer Craig Courtney—who started playing the piano at the age of three and the cello at age seven—to make this Christmas carol more interesting. He decided to musically set each individual verse in a specific musical style, calling his stylistic medley a “Musicological Journey Through the Twelve Days of Christmas.” I am sure you can easily name all musical styles and composers, and Courtney gets us started in ancient Rome with a soothing plainchant from the 6th Century.

After brief excursions to 18th-Century Germany with “Five Gold Rings,” and the style of Ludwig van Beethoven, and Austria with “Six Geese a-Laying,” and Mozart, we arrive at the “Seven Swans a-Swimming” in the grand style of the French organ mass of the 19th Century and Camille Saint-Saëns.

With “Eight Maids a-Milking” we enter the world of Wagnerian opera, while “Nine Ladies Dancing” transports us into the ballrooms of Vienna and the music of the Strauss family. And the “Ten Lords a-Leaping” features a joyous and boisterous dash across the stage with Jacques Offenbach.


“Eleven Pipers Piping” take a page from Tchaikovsky’s Nutcracker ballet, while “Twelve Drummers Drumming” eagerly march into the patriotic realm of the Unites States of America at the hands of John Philipp Sousa. Since the exact origin and the meaning of the original verses are unknown, all credit goes to Craig Courtney for infusing this Christmas carol with some funny and definite musical meanings.