“The Mozart of the Champs-Élysées” 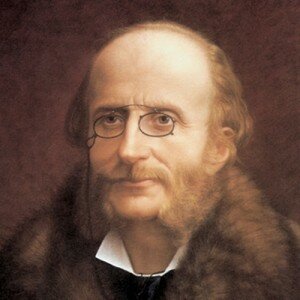 Born 200 years ago, Jacques Offenbach (1819-1880) was of outstanding significance in popular music of the 19th century. He composed some of the catchiest tunes and melodies ever written, and he exerted a powerful influence on subsequent composers for the music theatre. Son of a synagogue cantor, Jacob Offenbach was born in Cologne and he showed early musical talent. He first received violin lessons and took up the cello by age 9, and soon performed publically in a trio also featuring his brother Julius and his sister Isabella. Jacob published his first composition in 1833, and he was accepted as a student at the Paris Conservatoire at the age of 14. However, Jacques as he was now known, found academic study unfulfilling and left after one year. He earned his living as a cellist virtuoso, appearing in Paris in 1841 with Anton Rubinstein and in Cologne in 1843 with Liszt. In May 1844 he visited London, performing at concerts of the Musical Union with Joachim and Mendelssohn. 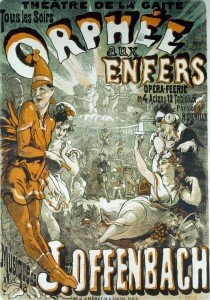 Jacques Offenbach: Concerto Militaire
Offenbach’s ambition, however, was to compose comic pieces for the musical theatre. Initially, the management of the Opéra-Comique was not interested, and the composer arranged a series of small-scale concerts instead. The Revolution of 1848 forced his temporary return to Cologne, but by 1850 he was appointed conductor at the Comédie-Française. He leased a small theatre in the Champs-Élysées and presented occasional yet highly popular programs. Offenbach’s breakthrough came in 1858 with his first full-length opera Orphée aux enfers. Composed to a libretto by Hector Crémieux and Ludovic Halévy, the opera is a lampoon of the ancient legend of Orpheus and Eurydice. In this version, Orpheus is a rustic violin teacher who is happy to be rid of his wife Eurydice. In fact, he needs to be bullied by public opinion into trying to rescue her from the underworld. The 1858 production was a huge box-office success and became the prototype of the larger-scale operettas.

Throughout the 1860s Offenbach was highly successful, and he garnered international fame. He visited Vienna and his romantic opera Die Rheinnixen, mixing romantic and mythological themes, was performed at the Hofoper. It has even been suggested that he encouraged Johann Strauss to write operettas. 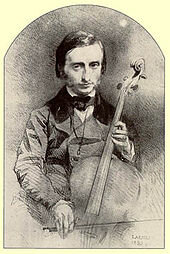 He scored great successes with La belle Hélène (1864), Barbe-bleue (1866), La vie parisienne (1866), La Grande-Duchesse de Gérolstein (1867) and La Périchole (1868). The King of Prussia and his minister Otto von Bismarck attended the premiere of La Grande-Duchesse de Gérolstein at the opening of the Paris Exhibition. International success predictably brought out a number of critics and a considerable amount of disapproving comments. A good many critics resented the representation of the naughtiness of the French stage and took Offenbach to task for refusing to compose an elevated form of art. Richard Wagner famously referred to Offenbach’s music as oozing “the warmth of a dung-heap.”

Following the Franco-Prussian War in 1870, La Grande-Duchesse was banned in France, and Offenbach’s birth and upbringing in Germany made him a suspect in violent anti-Germany sentiments. Although increasingly unpopular in France, he became highly popular in England, and Vienna regularly produced his works. He embarked on a highly successful tour of the United States, giving a series of more than 40 concerts in New York and Philadelphia. His main preoccupation upon his return to Europe was with the score of the fantastic opera Les contes d’Hoffmann. By now Offenbach was seriously ill, and he supposedly told his dog, “I would give everything I have to be at the premiere.” In the event, Offenbach did not live to finish the work. It was completed by his son Auguste and premiered at the Opéra-Comique on 10 February 1881. In his own words, Offenbach “composed more than 100 operas.” And while the number and genre designation are open to interpretations, the obituary in The Times rightfully suggested, “The crowd of distinguished men that accompanied him on his last journey amid the general sympathy of the public shows that the late composer was reckoned among the masters of his art.”