“Master of the Notes” 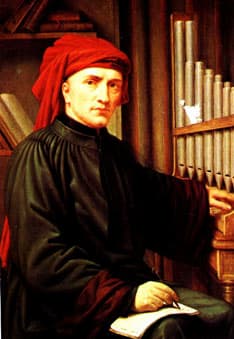 In 2021, we commemorate the death of Josquin des Prez (c. 1450/1455-1521) who passed away 500 years ago in what is now western Belgium. For a good many scholars and historians—despite some current revisionist tendencies—he was the greatest composer of the high Renaissance. “He was the most varied in invention and the most profound in expression; a mysterious Renaissance composer who turned composition into an art.” Scholars have tirelessly and critically scoured libraries and sources, and a steady number of performers have helped to make his music known to modern listeners. Josquin was a master of the high Renaissance style of polyphonic vocal music, and “his high standing in modern times rests not on the gullible repetition of received ideas, but on the direct experience of a sizable body of music very plausibly attributed to him.” However, getting a grip on Josquin’s life and works is not as straightforward as we might imagine. The actual date and place of his birth remains uncertain, and his family name was actually “Lebloitte,” while “des Prez” was a sobriquet that might refer to a village called “Prez” or an unidentified water source near the town of Condé. 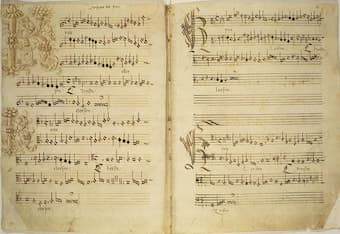 Son of a policeman, Josquin served as a choirboy at Cambrai until 1466, and by the mid-1470s he entered the services of René of Anjou in Aix-en-Provence. He was a singer in the royal chapel until at least 1478, but there is no conclusive further documentation on his whereabouts until early 1483. At that time, Josquin became associated with the Milanese court, serving in the house of Sforza, which also employed Leonardo da Vinci. He apparently made a trip to Rome in 1484, and he may also have travelled to Paris. There has also been some speculation that Josquin had joined singers and instrumentalists imported to the court in Budapest in the 1480s. Be that as it may, we do know that Josquin joined the papal chapel in Rome in June 1489. He is documented as a singer until March 1494, serving under Pope Innocent VIII and subsequently under Pope Alexander VI. Interestingly, a Renaissance graffiti sample is found in the Sistine Chapel, with the name “Josquin” carved onto a wall. Josquin took advantage of his tenure at the papal chapel to pursue benefices, by laying claim to a canonry at Notre Dame, Saint Omer, the monastery at Saint Ghislain, the parish church of Basse-Yttre and two parishes near Frasnes in Hainaut, as well as to a canonry at St Géry, Cambrai. 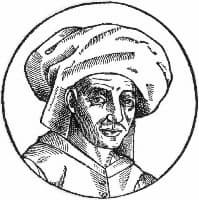 Josquin’s movements between 1494 and 1503 are difficult to trace, but there appears to be evidence that locates him at the French court. We get a rare glimpse of Josquin’s personality via an introductory letter in favor of his rival Henricus Isaac. The agent writes, “Isaac seems well suited to serve Your Lordship, more so than Josquin, because he is more good-natured and companionable, and will compose new works more often. It is true that Josquin composes better, but he composes when he wants to and not when one wants him to.” In 1503, Josquin took on the position of maestro di capella in Ferrara, but an outbreak of the plague prompted him to retire to the position of provost of the collegiate church of Notre Dame in Condé-sur-l’Escaut. He died in Condé, and the date of his death was inscribed on his tombstone. It reads, “Here lies Master Josse Despres, formerly provost of this place; pray to God for the dead, that he grant them his paradise. He died in the year 1521 on 27 August. Thou hast ever been my hope.” His tomb no longer exists, as the church “was sacked by Huguenots during the Wars of Religion in the late 16th century, and his grave completely demolished in 1793 during the French Revolution.” 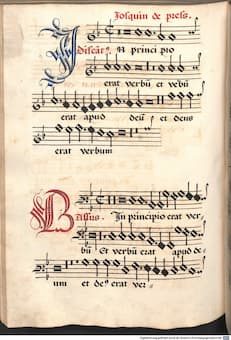 Martin Luther famously called Josquin “the master of the notes. They must do as he wills; as for the other composers, they have to do as the notes will.” As a composer, Josquin defined the transition between the “sound world of the late Middle Ages and that of the High Renaissance.” As he had a long career, vast output and evolving musical style, his music is difficult to summarize. However, he “made great contributions to the development of a unified polyphonic style out of the varied techniques of his predecessors and contemporaries, and he had the technical mastery that enabled him to use the most complex forms while maintaining beauty and clarity of expression.” The advent of printing initiated by the Venetian Ottaviano Petrucci in 1502 turned Josquin into the most influential composer of sacred music of his time, and it set in motion the “cult of the great composer.” Whatever ambiguous effects this had on the mind-set governing the culture of classical music, “Josquin will survive because his best music really is as magnificent as everybody has always said it was.”