Opinion
Mastery and the ‘Near Win’
by Frances Wilson December 22nd, 2019

I admit it – I watched Rugby World Cup final. After their coruscating performance in the semi-finals against the All Blacks, hopes were high for England, but these were dashed by a South African squad who were, on the day, the better team. But losing to such a fine team in the final should not be regarded as a “failure”. The result will of course bring some soul-searching, analysis and reflection for the England team and their coach. It will offer important food for thought which will enable the team to develop and grow, and to look towards their next international matches with excitement and positivity.

In ‘The Rise’, her excellent book on the search for mastery, Sarah Lewis explores the notion of the “near win” (rather than the “near miss”) as instrumental to achieving success.

A near win…..can turn future goals, which we tend to envision at a distance, into more proximate events….The near win changes our focus to consider how we plan to reach what lies in our sights.– Sarah Lewis 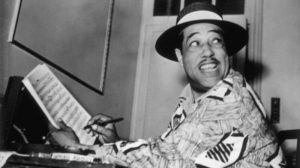 To have reached the final of the 2019 Rugby World Cup, and to have played so brilliantly in the semi-final, in particular, the England team can enjoy the glow of their near win and use it to spur them to greater victories. The road to mastery is paved with setbacks, but if we are prepared to embrace them, they carve the way for further endeavour, achievement and the fulfilment of goals. The ‘near win’ fosters motivation and has a propulsion because it shifts our perspective and brings our goals closer to where we stand at that moment.

This ‘growth-mindset’ attitude applies as much to sportspeople as it does to musicians, whose lives, especially in the early years of their professional career may be beset with challenges within a profession, and society in general, which is highly competitive and goal/success-obsessed. It is a truth almost universally acknowledged that mistakes and setbacks should be regarded as learning tools – opportunities to reflect and make changes. Another accepted truth is that, at least for the musician, you must be able to perform a work not once, but over and over again, at a high executive level. Such exactitude comes from many hours of highly focussed practice, coupled with motivation and self-determination.

Strayhorn: Take the A Train (arr. D. Ellington for orchestra)


As creative people, musicians thrive – or should thrive – best when they remain at their own leading edge. Duke Ellington understood this when he said that his favourite song out of his repertoire was always “the next one”, the expectation and excitement of creating new music were the spur that drove him on. Musicians may draw satisfaction from a good performance, the praise of critics, colleagues and friends, but one should always be looking to the next performance. Resting on one’s laurels can lead to complacency and the assumption that one will always be able to pull off a good performance, no matter what. The sense of our work being unfinished, always in flux, our music ripe for exploration, reflection and refinement drives us on towards not the ultimate goal, but the next goal on the path of mastery.

Coming close to what you thought you wanted can help you attain more than you ever dreamed you could. – Sarah Lewis