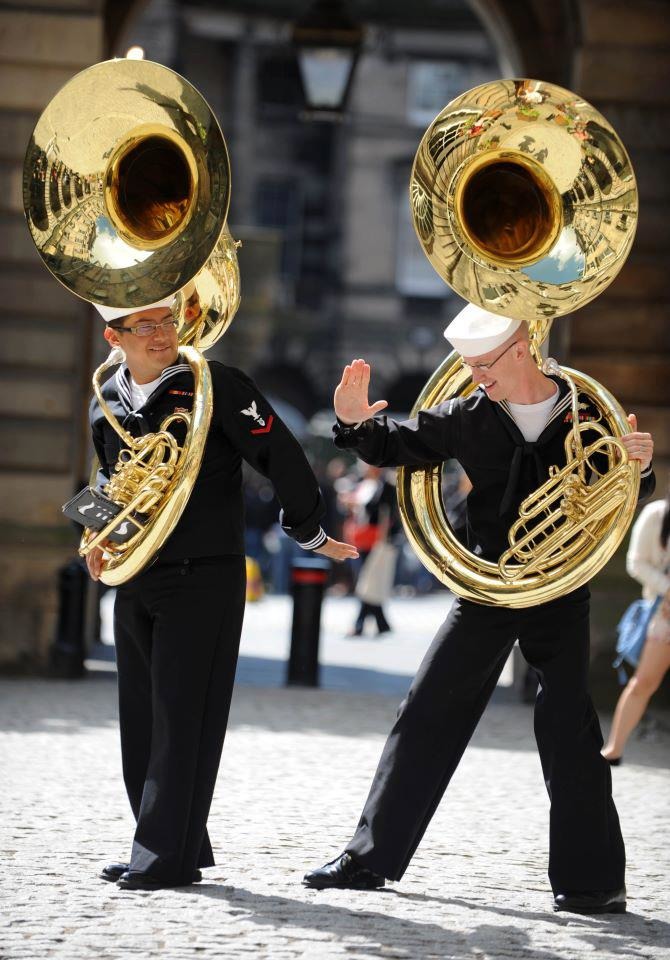 Ah, there’s nothing like a march. It’s perfect for parades, for getting small children in order, or even for vacuuming the house – there’s a strong beat, hummable tunes, and they’re designed to get your attention and get you moving.

The American March King was John Philip Sousa (1854-1932) whose band set the style for concert band performances to this day. The music he created still lives with us today.

Sousa was enrolled by his father as an apprentice in the United States Marine Band when he was only 14. He left the band at age 21 and learned how to conduct. When he rejoined the Marine Band, it was as their director and he held that job from age 26 until his late 30s. After that, he formed his own band which he led until his death at age 77.

The most famous of his marches include The Stars and Stripes Forever, The Liberty Bell (made famous as the theme music for Monty Python’s Flying Circus), The Washington Post (commissioned by The Washington Post newspaper for an essay competition announcement), and The Thunderer (which served as the theme for the election coverage on the US’s ABC News from 1968 to 1972).

Sousa:
The Stars and Stripes Forever
The Liberty Bell
The Washington Post
The Thunderer
(The President’s Own United States Marine Band) 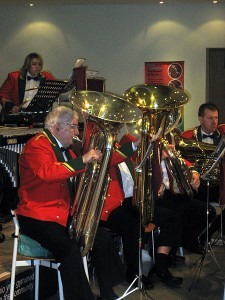 Sousa’s skill was in taking a very standard form (Introduction – AA – BB – Trio-D – Trio-D – Grand Trio) of repeated sections and using the repetition patterns to engrave his memorable melodies into your memory. Generally, each section has the melody carried in the high brass with the percussion and lower brass used for carrying the beat and strong points of emphasis. Just as in symphonic Minuet and Trios, the Trio section in a march is a contrasting section, generally given to the woodwinds. In The Stars and Stripes Forever, the Trio section is first given to the piccolos, then to the trumpets and in the Grand Trio ending, both groups combine for a very grand ending indeed.

His melodies become even more memorable when matched with words. The Trio section of The Stars and Stripes Forever was given memorable lyrics about being kind to aqueous birds (Be kind to your web-footed friends…) and was used both as the ending music for the 1960s American television series Sing Along with Mitch, and also, extended. as the chorus for Homer and Jethro’s “Crazy Mixed Up Song.”

Sing Along with Mitch

Sousa’s contribution to march history is not complete without mention of his most visible innovation: the sousaphone. Although the instrument is named for Sousa, he didn’t invent it, he commissioned the musical instrument maker J.W. Pepper to create it in 1893. Where the traditional tuba was held in the lap of a seated musician and the bell pointed straight up, the sousaphone, on the other hand, wrapped around the body and the bell pointed straight forward. The change in direction of the bell meant that the sound could be part of the rest of the band, rather than shooting up to the roof. We can hear in these marches how important the bass voices are. Sousa also changed the instrument’s sound so that it produced a very full and rich sound. Its most common use today is in marching bands, but Sousa originally had it created for his concert band.

The March King created some of the most memorable American march music that we still enjoy today. So Hooray for Sousa and even Hooray for his Web-footed friends!