Blog
The Lost Art of the Composer-Conductor
by Doug Thomas January 25th, 2022 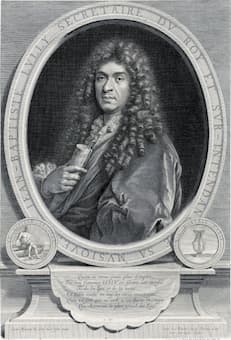 It is not only the essence of music which has evolved over the centuries, but also the manner in which it has and is being created, produced and performed — its medium. As music became more and more complex, its actors multiplied; and who is responsible for what progressively changed and evolved. If music has always been of a collaborative nature, its technical progresses asked for more cross-collaboration and more diversity in the participants; from the composer, to an additional arranger, performer and conductor.

Once upon a time a musician would compose his own music, perform it and through this performance lead and conduct his own group of musicians, nowadays this is often treated very differently, and each role approached independently.

In the early times of baroque, the musician was somehow a lot more complete and well-rounded than he is perhaps nowadays. The composer was performer, conductor and director; master of his art from the beginning to the end of its creative and development process. One can think of Handel, or perhaps Lully too — who, well-known for beating the measure with a cane rather than a baton, injured himself during a performance of his Te Deum, and died from the resulting gangrene.


Later, some composers followed the original tradition — such as Mahler, Strauss, Rachmaninoff or Berlioz —, but as the business of concert halls took off, the conductor became the main asset in the artistic direction, and ended up predominantly leading a business therefore reducing his time at the composing desk or keyboard, when ever. 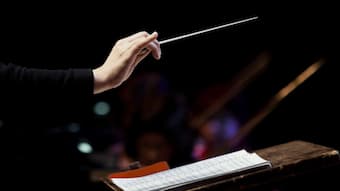 At some point, conductors became the rockstars of concert halls, and some of their extravagant personalities and behaviours are now well-known — Toscanini or Karajan spring to mind.

Slowly the composer became almost less important than the conductor and the orchestra; as the importance of the repertoire took over and most performed composers being dead and from past centuries.

In modern and contemporary times, although there has been exceptions — Stravinsky, Copland, Boulez, Bernstein — and while there is today a return to the performing composer — Einaudi or Richter —, conducting composers are still a rarity, and in academic environments, the distinction is made from the start; it is one, or the other. 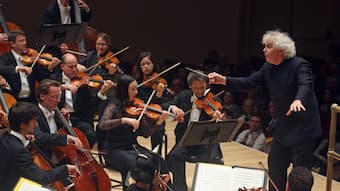 While it is understandable that with the scale of ensembles and orchestras today, performing and conducting might appear as two difficult tasks to combine and devote time and energy. It is however a pity that the creator of the music is not seen more often leading his musicians into performing his own music. With the current composers — the ones that are alive — there is no greater joy for both the listener and the creator, to experience a work being created through the simple vision and leadership of its owner and originator.

In the end, the process of music creation remains the same — yet its mediums have evolved — as well as the one of music performance. As much as it appears that the music world has considerably changed, a lot still remains since the 16th century. However with the expansion of the music mediums, the roles have had to be distributed and delegated; the composer on one side, the conductor on the other.