What is it about Ludovico Einaudi and his music which provokes such strong reactions from so-called “serious” classical music people? His music is regularly criticized by these people for being “bland”, “unchallenging”, “unsophisticated”, or simply “bad”…

Einaudi’s musical language is minimalist and meditative, often composed of repeating cycles of broken chords in the bass with a simple, pretty melody in the treble. He tends not to offer the unexpected or more colourful harmonic progressions one finds in the music of Philip Glass, but like Glass’, his hypnotic music has a wide appeal, especially amongst younger audiences.

Arguably the most successful living classical artist, Einaudi has made a fortune from his particular brand of contemporary classical music; his concerts sell out, he has more followers on Spotify than Mozart, and his albums top the classical music charts. For those who sneer at his music, I suspect their negative attitude is really founded on envy at his success – something which is generally regarded with suspicion in the classical music world.

His music challenges the strict definition of “classical music”, and for serious classical music aficionados and critics, it threatens to dilute their beloved art form. These gatekeepers of classical music would rather Einaudi and his ilk (composers like Yann Tiersen, Michael Nyman or Ólafur Arnalds) were not in their world. Yet his music is constructed from the same classical structures, harmonies and idioms as that of Schubert, for example. It’s unchallenging and safe: despite studying with the Italian modernist composer Luciano Berio, Einaudi eschewed the hallmarks of modernism in favour of a style which is consonant, melodic and highly accessible. And also highly marketable. 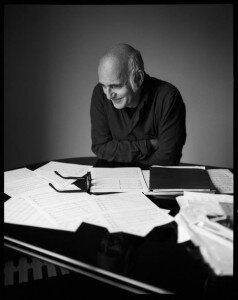 For the purists, this mellifluous but apparently superficial music should not be categorized as “classical music”. But for the record label and the marketing people, how else should they define it? It’s not pop music, it’s not jazz…. It could be described as ‘New Age’ or ‘chill out’ or ‘post-classical’, but for marketing purposes, the “classical music” tag gives it greater currency and gravitas.

Personally, I’m not really bothered how Einaudi’s music is categorized. It is pleasant, as ambient background music, and I have also found his piano music useful in my teaching as it is very appealing to teenagers in particular. It is quite challenging to play, one of the chief challenges being the ability to bring shape and colour to the repetitive passages. It can also act as a gateway to other repertoire, such as the minimalist music of Philip Glass, and if it encourages wider exploration of the piano repertoire, that has to be a good thing.

Einaudi’s recent seven-concert series at London’s Barbican was a sell out, and his other concerts in the UK later this year are already sold out – a significant achievement for any artist regardless of the genre of their music, but especially for a classical artist. The mainstream critics have been generally less than complimentary about the music and the performer, describing it variously as “unmemorable and humourless”, “soulless”, “unpalatably synthetic” and “cheap”.

“The young guy next to me had a tear on his cheek. I’m just not sure what for” (The Arts Desk review)

The snobbery and sneering in these reviews demonstrates, yet again, that elitism is, sadly, very much alive and well within the world of classical music, often perpetrated by those who are quick to decry social elitism, while simultaneously displaying a certain academic elitism towards those people who enjoy Einaudi’s music and flock to his concerts.

Musical taste is subjective and highly personal. Einaudi’s music may be simple, but there is beauty in simplicity, and accessibility in his gentle, inoffensive lyricism, as confirmed by the huge popularity of his music. It may not compete with the complexities and imagination of Messiaen, but it is possible to like both. For many, Einaudi’s music provides solace in our uncertain times, and for that reason alone, it has value. Perhaps next time a critic attends a concert where the music says nothing to them, but appeals to a large number of people, they might pause to consider why this is the case.