Features
On This Day
6 May: Nathalie Stutzmann Was Born
by Georg Predota May 6th, 2022 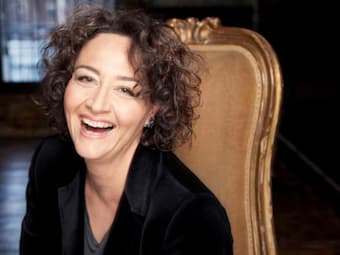 Nathalie Stutzmann, born 6 May 1965 in Suresnes, France, was the first female conductor named principal guest conductor of the Philadelphia Orchestra in December 2020. One year later, she was appointed the music director of the Atlanta Symphony Orchestra with an initial contract of four years, effective with the 2022-2023 season. This means, that she is only the second woman in history to lead a major American orchestra after Marin Alsop. Sir Simon Rattle exclaimed, “Nathalie is the real thing. So much love, intensity and sheer technique. We need more conductors like her.” Without doubt, Nathalie Stutzmann is considered one of the most outstanding musical personalities of our time. She combines “charismatic musicianship with unique rigour, energy and fantasy.” Central European and Russian romanticism stands at the core of a variety of strands that inform her repertoire. “It ranges from Beethoven, Schumann, Brahms and Dvořák through to the larger symphonic forces of Tchaikovsky, Wagner, Mahler, Bruckner and Strauss, as well as French 19th century repertoire and impressionism.” 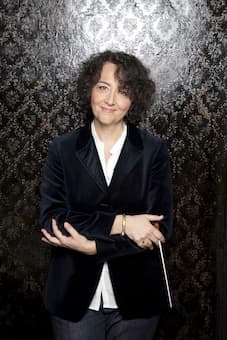 Stutzmann began her musical career at an early age, first studying piano and bassoon. In addition, she received early voice lessons from her mother, soprano Christiane Stutzmann. Her subsequent education brought her to the Nantes Conservatoire and then at the Ecole Nationale in Paris, with her teachers including Michel Sénéchal, Lou Bruder, Hans Hotter, Christa Ludwig, and Daniel Ferro. Stutzmann scored an early triumph in 1983 when she won the Brussels Vocal Competition, and she made her concert debut in Bach’s Magnificat at the Salle Pleyel in Paris. Her recital debut took place in Nantes, and her operatic debut at the Paris Opera in a performance of Purcell’s Dido and Aeneas happened just one year later. But it was her 1989 recording of Handel’s Amadigi di Gaula under Marc Minkowsky that launched her international performing and recording career. Critics praised “her incisiveness and dramatic commitment,” and “her dark-grained, expressive singing, with its true contralto depth and richness, has provoked wide admiration.” Stutzmann explains, “The sound of the contralto is the voice of Earth and of the soul. I personally worked on my voice to make it as flexible and colorful as possible. The contralto register is like a wild and heavy stone. When you start you really need to work to make it light and flexible.” 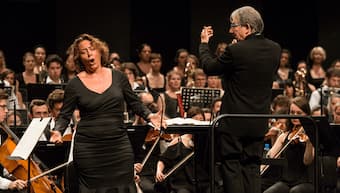 Stutzmann performs Mahler’s Symphony No. 3
under the baton of Michael Tilson Thomas

Stutzmann became an accomplished recitalist, receiving accolades for her interpretation of German lieder and French mélodies. She has recorded for all the major labels, signing an exclusive contract with Warner Classics/Erato in 2014. Stutzmann has garnered several awards, and among her most popular albums are recordings of Schumann’s lieder, Schubert’s Winterreise with Swedish pianist Inger Södergren, and Debussy’s Le Martyre de Saint Sebastien for which she earned a Grammy nomination. She has sung the alto solos in many performances and recording of Baroque repertory, including several concerts in John Eliot Gardiner’s Bach Pilgrimage in 2000. Stutzmann also took part in the project of Ton Koopman and the Amsterdam Baroque Orchestra & Choir to record Bach’s complete vocal works. She developed an interest in conducting during her student years, “but found the field unwelcoming for a female conductor.” Undeterred, she studied with several prominent conductors, including Seiji Ozawa while performing with him in Japan, Simon Rattle and the exceptional Jorma Panula. “Her charismatic musicianship, the unique combination of rigour and fantasy which characterises her style have been recognised by her peers, audience and critics alike.” 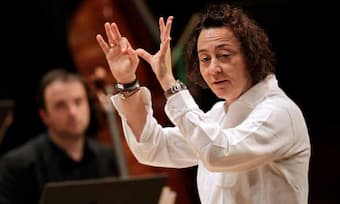 Stutzmann founded her own chamber orchestra, Orfeo 55, in 2009, and was conducting and soloing with the group until its dissolution in 2019. Her first major appointment was as the principal guest conductor of the RTÉ National Symphony Orchestra from 2017 until 2020. Her performances with this group were met with positive reviews from audiences and critics. In 2018, Stutzmann became the chief conductor of the Kristiansand Symphony Orchestra, the first woman to hold this post. “I am actually living my dream,” she explains, as “my two biggest goals in life were to be a singer and a conductor, and I am just living my dream.” She strongly believes that every dream can come true, and she fearlessly faced all challenges for a young woman growing up in Paris to accomplish her goals. Stutzmann is looking ahead to a very bright future indeed, but success has not turned her head. “There are two types of artists,” she writes, “Those that strive their whole life to show how much what they’re doing is difficult, and they do have their audience. Then there are those who spend their life trying to make people believe it is not at all difficult, which is the category I belong to. That is also probably a form of madness. It is less spectacular, perhaps, but I prefer that the audience be able to go to what is essential in the music. I do not want them to stop at being impressed with the performance, even though they might notice it, but that they be able to abandon themselves to the beauty of the music.”