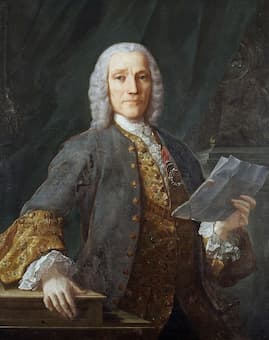 The Scarlatti family was one of the most prominent musical dynasties in Italy, with various branches of the family living in Sicily, Rome, and in northern Italy. Alessandro Scarlatti (1660-1725) became the most important opera composer of his generation in Italy, and in April 1678 he married Antonia Anzalone. That union produced ten children, including Domenico, born on 26 October 1685 in Naples. Following in the footsteps of his famous father, Domenico composed three operas for Naples but was sent to Venice where he met Handel. 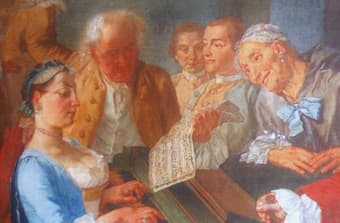 He subsequently appeared in Rome in 1708 to became maestro di capella to the exiled queen of Poland, Maria Casimira, and took on an appointment to the royal chapel of João V of Portugal in 1719. Before arriving in Lisbon, Domenico had already composed a number of keyboard pieces, and he kept adding to his catalogue by producing sonatas for his students. When his first publication, 30 sonatas called “Essercizi” were issued in 1738, it sold like hotcakes throughout Europe. During the last six years of his life, he organized his keyboard sonatas into various manuscripts, and he left us roughly 555 works in that particular genre. 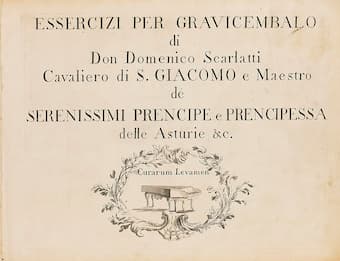 In the preface to his famous “Exercises” Scarlatti wrote, “Do not expect any profound learning, but rather an ingenious jesting with art, to accommodate you to the mastery of the harpsichord.” Seemingly, these works were not calculated to provide profound insights, but are guided by a unique psychology of musical effects. Musical motives are strung together in the manner of Neapolitan opera buffo, and the “music ranges from the courtly to the savage, from an almost saccharine urbanity to an acrid violence. Its gaiety is all the more intense for an undertone of tragedy and meditative melancholy.” Scarlatti’s astonishing manner of performance was already detailed in Charles Burney’s A General History of Music. Apparently, the young Irishman Thomas Roseingrave was sent to Italy to study music. In Venice he met “a grave young man in black with a black wig.” And when he listened to a Scarlatti performance he reported to Burney, “When Scarlatti began to play it sounded like ten thousand devils were sitting at the instrument.” He had never heard such passages of execution and effect before. 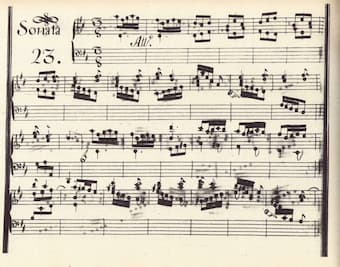 Thomas Roseingrave had intense admiration for Scarlatti, and actually followed him around for a couple of years. In the end he brought Scarlatti’s music to England and established a veritable Scarlatti cult. Between 1739 and 1800 over a hundred Scarlatti sonatas were printed in England, far exceeding editions in other countries. Continental Europe initially did not take to Scarlatti’s music, and he was really only discovered there by the middle of the 19th century. We know that Chopin made his students play Scarlatti, but he was afraid that if he performed his works in concert, he would be struck down by “the thunderbolts of the imbeciles.” Brahms owned a number of Scarlatti manuscripts and editions, including a first edition of the “Exercises.” Apparently, Brahms was able to appreciate Scarlatti “in small doses,” but Clara Schuman admired Scarlatti without reserve. After all, she edited 20 Scarlatti sonatas for the publishing firm of Breitkopf & Härtel in Leipzig. 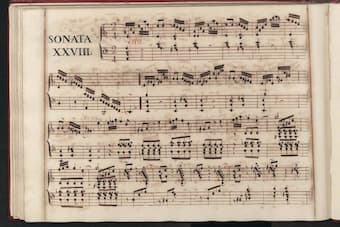 Francis Poulenc described Scarlatti as “my favorite brute champagne; with him there is not a single unnecessary note.” Scarlatti’s cause was taken up in earnest in the 20th century, with Vladimir Horowitz becoming an important champion of his music. Horowitz always had a fascination with the sonatas of Domenico Scarlatti and played them throughout his career. They appeared on his début recital program in New York in 1928, and also on his appearances in London in the 1980s. Ever since, pianists, harpsichordists and even accordionists have churned out a flood of recordings. Scarlatti offers performers and interpreters vast musical and interpretive possibilities; “a miraculous space designed for conception and experimentation.” And although Scarlatti had his distinct composition formulas, “each sonata has its own colorful personality that presents itself differently in the hands of various musicians.”