Music is an innocent Luxury 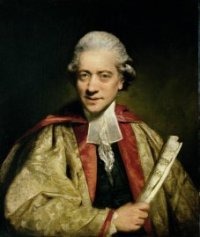 Charles Burney (1726-1814) may only have been a relatively minor composer, but he was definitely a giant as a writer about music and the music scene of his time. In fact, his four-volume General History of Music, published over a period of thirteen years between 1776 and 1789 is still considered indispensable reading for scholars, musicians and music lovers. His most popular publications, The Present State of Music in France and Italy (1771) and The Present State of Music in Germany, the Netherlands, and the United Provinces (1773) are the practical results of his active travels throughout Europe, where he consulted written sources, attended performances of instrumental and vocal music, and interviewed celebrated musicians, composers and scholars. When Joseph Haydn made his celebrated visits to London in the 1790’s, Charles Burney was the first person he visited!

Burney famously wrote, “Music is an innocent luxury, unnecessary, indeed, to our existence, but a great improvement and gratification of the sense of hearing.” Initially it seemed that Burney was destined to make music his mere hobby. Although he learned to play the violin and the organ at age 16, his first notable literary publication was on the trajectory and history of comets. This comes as no surprise, however, as eclecticism had always been in the family. His father, James Macburney was an accomplished painter, dancer and violinist, and he sired no less than 20 children! Charles furthered his musical talent by serving an apprenticeship with the famed composer Thomas Arne, and by 1746 was hired by the wealthy Squire Fulke Greville as a music teacher. Teaching as many as 50 upper-class children, Burney also served Greville as a paid companion. In his spare time, he wrote concertos of harpsichord and produced a translation and adaptation of Jean-Jacques Rousseau’s opera Le Devin du village, under the title of The Cunning Man at Drury Lane.

When Burney’s wife Esther died in 1762, he took his children, among them his daughter Frances Burney who later became famous as a novelist under the penname Madame D’Arblay, to Paris. While the children furthered their education, Charles continued his music-teaching career and joined a number of discussion societies. However, it became quickly apparent that he thoroughly enjoyed the process of researching, reading and writing about music. And so he set out to many of the important musical centers of Europe to gather materials for his large-scale history of music. What makes Burney’s observations of fundamental importance is the fact that he was not merely concerned with the technical aspects of music, but acutely attuned to its social dimensions. “The umbrage given to Cuzzoni by Faustina Bordoni’s coming hither,” he writes, “proves that as Turkish monarchs can bear no brother near the throne, an aspiring sister is equally obnoxious to a theatrical Queen.” Burney essentially immersed himself into the musical culture of a given city or geographic location, and meticulously reported on people, customs and events.

Some of his observations on music have remained current until this very day. According to Burney, “discord occasions a momentary distress to the ear, which remains unsatisfied, and even uneasy, until it hears something better.” As a music critic he was always questioning the effects of music on the listener, and tellingly wrote, “with respect to excellence of Style and Composition, it may perhaps be said that to practised ears the most pleasing Music is such as has the merit of novelty, added to refinement, and ingenious contrivance; and to the ignorant, such as is most familiar and common.” For his achievements, the University of Oxford bestowed upon Burney the degrees of Bachelor and Doctor of Music, and treated attendees to a number of Burney compositions, including an anthem, an overture, and solos, recitatives and choruses accompanied by instruments. After completing his monumental History of Music, Burney turned his attention to more literary endeavors. He contributed to a number of encyclopedias and dictionaries, monthly reviews, and published the memoirs of the Life and Writings of the Abate Metastasio. In 1807, a stroke paralyzed his left hand and confined him to his rooms at Chelsea College, where he died on 12 April 1814. He was buried in the grounds of the College, alongside his second wife, and a memorial tablet sporting a glowing epitaph written by his daughter Frances, was installed in his memory in Westminster Abbey. “Charles Burney, of high principles and pure benevolence…was the unrivalled chief and scientific historian of his tuneful Art.”