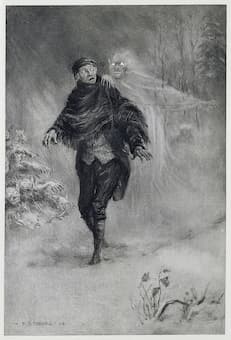 Whether you decide to venture out for the end of October holiday or stay home and just scare people with the music you’re playing, there’s a lot of scary music out there to chose from.

Opening with 12 strokes of the clock for midnight, it’s Saint-Saëns’ Danse macabre. The violin’s entry with brash tritones (the devil’s tones) makes it seem as though the devil has jumped right into our midst. Later in the piece, we have the introit Dies irae from the Requiem mass, but now given in a major key, and the xylophone imitating dancing skeletons, until the rooster’s crow for dawn comes and everyone returns to their grave.


Another work with dancing skeletons, this time played by the strings, comes from the climactic final movement of Berlioz’ drug dream Symphonie fantastique. Our hero imagines himself at a witches’ sabbath celebration, where ghosts and ghouls have gathered for his funeral (he was beheaded in the 4th movement). His beloved turns up, but now her melody is distorted and jumpy – a grotesque variation on what he loved. Bells chime, the Dies irae is played in the low brass and with a dry sound the skeletons dance.


To really get your goosebumps going, try Henry Cowell’s The Banshee, named after the Irish spirit who appears to signal the approach of death. In Cowell’s hands, the banshee becomes a spirit of the piano. It requires 2 players, one at the keyboard to hold down the pedals and one who plays the inside of the piano, plucking and rubbing the resonant strings. 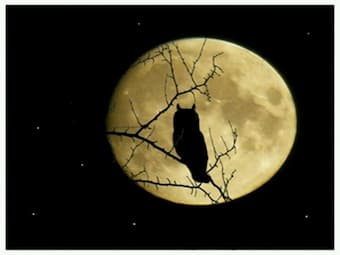 Owl silhouetted by the moon

Part of a series of occasional pieces composer Stephen Montague writes for his friends, A Crippled Ghost at Halloween has all the elements we want for a piece for a dark and scary night. His collection Autumn Leaves not only includes our Crippled Ghost (with a hoot owl’s appearance at the end) but also a Headless Horseman, from the story of Ichabod Crane, with its attendant cracks of lightning. 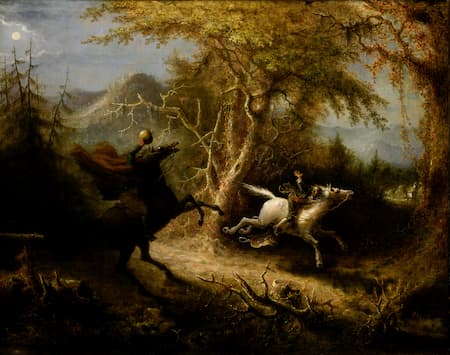 
American composer Peter Schickele exploits the sound of brass to give us a sharp and pointed Halloween, all done over a brisk rendition of the Dies irae, sometimes in canon. 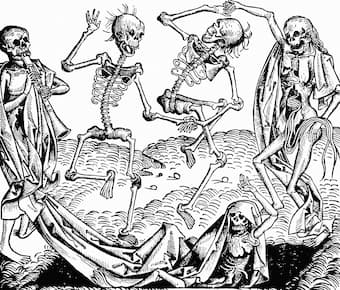 The Dance of Death from Liber Chronicarum, 1493

Now that you’re familiar with the Dies irae, hear Liszt’s take on it in his Totentanz (Dance of the Dead). Liszt had a long fascination with death, dating from his childhood and it continued through the end of his life. A 15th century book, the Chronicle of Nuremberg, included this illustration of death’s dance, with one skeleton playing a shawm.


Then there’s Chopin’s final statement on death marches – this from his second piano sonata.

Julia Wolfe: Big Beautiful Dark and Scary (Bang on a Can All-Stars)


Scare your neighbours or scare yourself – Happy Halloween!