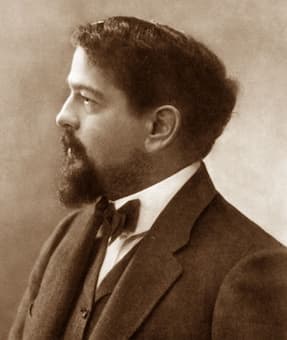 For students at the Paris Conservatoire, winning the Prix de Rome meant following a tradition that had been established in 1663 during the reign of Louis XIV of France. The prize meant receiving a stipend that would cover 3 to 5 years of study in Rome at the expense of the French government. Initially given to painters and sculptors, it was extended to architecture in 1720, music in 1803 and engraving in 1804. It lasted until 1968 when it was ended by the writer André Malraux, in his position as Minister of Culture, following the May student riots, thus ending over 300 years of the prize.

To win the prize in music, composers had to write a cantata for solo voice and orchestra, this was later changed to one male and one female voice and then to three voices and orchestra. The works were restricted to cantata, a lyric scene, or a dramatic scene.

Unfortunately, with few exceptions, the combination of the restrictive musical requirement and a conservative jury meant that those who we now recognize as the great French composers of the 19th and 20th century rarely were winners and the list is full of composers who are now unknown. Not entirely – we do see the names of Berlioz (1830), Gounod (1839), Bizet (1857), Massenet (1863), Debussy (1884), and Charpentier (1887) in the 19th century and André Caplet (1901) Lili Boulenger (1913 – the first woman to receive the First Grand Prize, but it was split with a man), Ibert (1919) and Dutilleux (1938), but few others who we still know today. The other constraint was that the writing period was limited to three weeks. 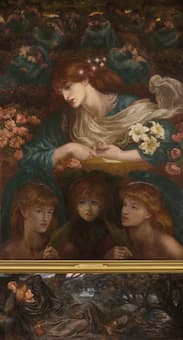 Debussy’s first work for the prize was Le Gladiateur (1883), it did not win the prize that year but it was another work, L’Enfant Prodigue, that took the prize the following year. The work was not great – the libretto was poor, the time too short, but it enabled him to escape Paris for the sunny south. The work is rarely performed and there are few recordings, but in those recordings, we can hear the influence of Massenet, Gounod and Delibes. At the jury performance, Debussy played the piano part.

During the sojourn to Rome, the prizewinner had to write an annual “Envoi de Rome” for the judges, but Debussy didn’t do this until after he’d returned to Paris. La Damoiselle élue (The Blessed Damozel) for soprano, contralto, female choir and orchestra was one of his envois, written in 1887-88. The act of writing a cantata inspired Debussy towards a less banal text than those set by the jury. He chose a French text by Gabriel Sarrazin that was an adaptation of a poem, The Blessed Damozel, by Dante Gabriel Rossetti. Rosetti’s poem was itself inspired by Edgar Allan Poe’s The Raven, where a lover on Earth grieves over the death of a beloved. Rossetti, though, reversed the idea, with the blessed damozel in the Paradise for Lovers watching her earthly lover from heaven and yearning for their reunion. Rosetti also painted the subject of his poem. 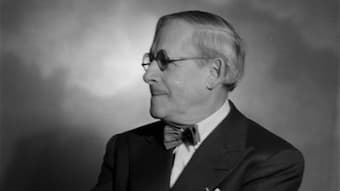 La Damoiselle élue (The Blessed Damozel) keeps to the artistic style of the Pre-Raphaelites: diaphanous, bloodless, transparent, charming might all be applied to it. This serves as a contrast to the bombast and volume of those who followed Wagner’s aesthetic. There’s an audible contrast between the chaste and modal vocal writing (the music of those in heaven) and the luscious orchestral parts. The work was published in 1893 and revised in 1902. Although we’ve thrown away a comparison with Wagner, the influence of Tristan can certainly be heard in the opening prelude. There’s much in the writing for the damozel herself that points forward to what he would accomplish in the ground breaking sound of Pelléas et Mélisande.

This recording, with Michaeline Granchet (soprano), and Désiré-Emile Inghelbrecht conducting the Orchestra and Choirs of Radiodiffusion-Télévision Française was recorded in 1962. Inghelbrecht (1880-1965) was a French composer, conductor and writer who studied at the Paris Conservatoire and made his conducting debut in 1908. His involvement in new music in Paris kept him in touch with the greatest new works of the day, including conducting the premiere of Les mariés de la tour Eiffel, a ballet by five of the members of Les Six. In 1934, he was asked to create the orchestra for French national radio-television; he conducted them all through the war until 1943 when he refused to conduct a concert of music devoted to the occupying German forces. He returned to the orchestra in 1947. Debussy was a close friend and Inghelbrecht was a champion of his music along with the music of Ravel, Roussel, Chabrier and Florent Schmitt. 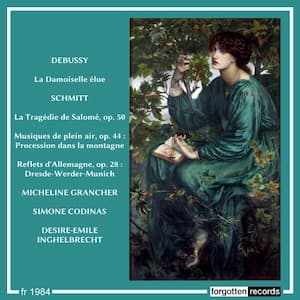