“I sought only to serve my art” 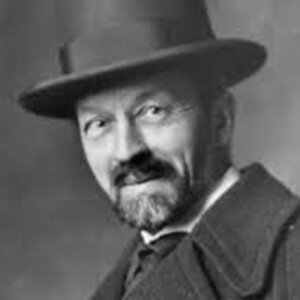 In 2019 we celebrate the 150th birthday of Albert Roussel (1869-1937), a French composer who turned to music only as an adult. His childhood was overshadowed by the death of both parents and his paternal and maternal grandparents as well. Albert was a solitary and independent child who was not particularly interested in music, but initially focused on mathematics. He did receive first instructions in music when his guardians sent him to Paris, but passing the entrance examination for the Ecole Navale in 1887 prepared him for a career in the French Navy. In fact he spent extended times at sea, and that included a two-year tour of duty in Cochin, China. He was 25 when he decided to become a musician and entered the famed “Schola Cantorum” to study under Vincent d’Indy. His earliest compositions are steeped in impressionism and neo-classicism, the predominant styles of French music at that time.

Albert Roussel: Piano Trio in E-flat Major, Op. 2
Roussel’s music started to feature on selected programs, and in 1908 he married Blanche Preisach, a Parisian of Alsatian descent. The couple embarked on their honeymoon on a three-month voyage to the Indies and Cambodia, an experience that inspired two of the composer’s major works. Evocations was immediately successful, and Padmâvatî represents the culmination of his fascination with India. But it was his first ballet score Le festin de l’araignée (The Spider’s Banquet) composed in 1912, that fueled the public’s imagination. Depicting insect life in a garden, the score has a seductive lightness, spontaneity, and irony, and features a refinement of style and orchestration. The implied parallels to the human domain are unmistakable, and the work soon became the composer’s most frequently performed orchestral composition. 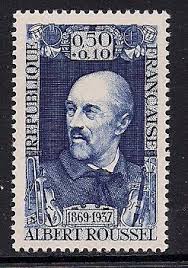 The outbreak of WWI put a temporary end to his musical activities. Although he had been removed from the reserve list for health reasons in 1902, he nevertheless joined the French army as a lieutenant in the artillery. He eventually served as a transport officer in Champagne and the Somme until Verdun, before leaving the army in February 1918. The war years had a decided effect on his compositional path. He abandoned his earlier aesthetics and “aspired to compose purer music: less cluttered, cleansed, and more personal.” His music became more chromatic and frequently made use of bitonality and a more complex harmonic language. His mature works do borrow musical forms from the 18th century, but his musical language is harmonically spiced and rhythmically vigorous.

Albert Roussel: Suite in F Major, Op. 33
With his reputation gradually spreading outside France, Roussel and his wife went to Boston and Chicago in 1930 to hear the Third Symphony, a work written for the 50th anniversary of the Boston Symphony Orchestra and conducted by Koussevitzky. By all accounts, he was warmly received and the American journey was a triumphant success. Roussel garnered further successes at the Paris Opéra and the Opéra-Comique, but he suffered a serious case of pneumonia in 1934. He nevertheless composed his Fourth Symphony, and the ballet score Aeneas was given in Brussels. Roussel continued to compose until he suffered a severe heart attack on 13 August 1937, and he died ten days later. Roussel’s career was one of evolution, not revolution. He tirelessly probed all musical resources until he arrived at a “unique personal language in which he was to have no followers.” As a critic recently wrote, “Roussel will never attain the popularity of Debussy or Ravel, as his work lacks sensuous appeal, yet he was an important and compelling French composer.”