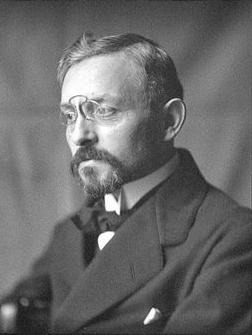 Florent Schmitt (September 28, 1870 – August 17, 1958) is one of the most fascinating French composers active in the first half of the 20th century. A Lorrainer, born in Meurthe-et-Moselle, Schmitt originally took music lessons in Nancy with the local composer Gustave Sandré. At the age of 19, he entered the Paris Conservatory, and studied composition with Gabriel Fauré, Jules Massenet, Théodore Dubois, and Albert Lavignac. In 1900, he won the prestigious Prix de Rome.

In addition to composing, Schmitt was very active in the music scene of Paris. From 1929 to 1939, he worked as a music critic for Le Temps, in which role he created considerable controversy; later, he became the director of Lyon Conservatory. Schmitt was also a decorated citizen of France, a member of l’Institute, and a recipient of Légion d’honneur. Being a good friend of the youthful Igor Stravinsky in the early 1900s, the two unfortunately had a falling out in later years.
During the first four decades of the 20th century, works by Schmitt were often performed. Afterwards, despite that his compositions had fallen into comparative neglect, Schmitt continued writing music till the end. In 1958, he passed away in Neuilly-sur-Seine, aged 87.
Piano Quintet Op.51 (1908)
A fine pianist himself, Schmitt wrote prolifically and wonderfully for the instrument. He composed 162 pieces for solo piano, as well as 88 for piano duet. Almost none of the piano works is presently available on disc – a lamentable fact that present writers and pianists hope to redress in the near future.
Being a sophisticated composer, Schmitt was able to write stylistically and create convincing works in different styles. The early Soirs, Op. 5 was a representative of an emerging personal style, based upon the heritage provided by his teachers Massenet and Fauré. Reflets d’Allemagne, Feuillets de voyage, and Trois valses nocturnes were delightful models of the fashionable salon style of Moszkowski and Chabrier, with unexpected turns of phrases, which “made the genre even better”. Other pieces such as Glas, Feuilles mortes and Sur un vieux petit cimetière showed a strong desire for Impressionist exploration. Ravel once stated that just after the turn of the century, he had thought it was impossible to write convincingly for the piano any more, until he heard Schmitt’s Lucioles, Op. 23/2 – and wrote his own Jeux d’eau as a direct result.
La Tragedie de Salome Op.50 (1907)
Today, there is an increasing coverage of works by Schmitt on CD. Best samples include Psalm 47, the symphonic poem La Tragedie de Salomé, the Piano Quintet in B minor, and Trois Rapsodies for two pianos.