Tell us a bit about yourself, Peter. 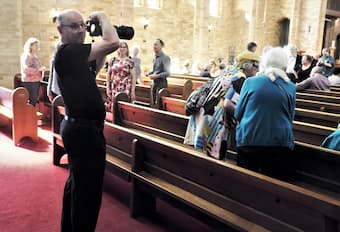 I grew up in middle-class north-west Sydney, Australia in the 1960s. I was an anomaly in a non-artistic family. In my teens, I started doing overnight hikes with friends and found taking photographs of the Australian bush brought out a hidden joy.

And like most teens of the early 1970s, I followed the pop music top forty charts. They exposed me to arrangements of music by Mozart, Bach, Beethoven, Rachmaninoff, Mussorgsky and Prokofiev, as well as ideas like the “concept album” and “rock opera”. These whetted my appetite to explore more of this music in its original long-form. I’m still doing that.

I’ve followed a wide range of work interests besides photography – architecture, landscape architecture, graphic design and information management, and even took a few years off to manage a 65-hectare cattle property in the New South Wales Hunter Valley.

What led you to concert photography? 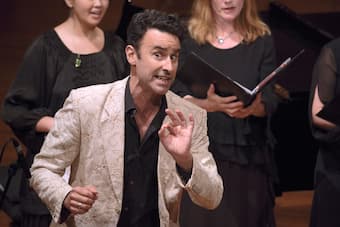 These early interests in photography and music came together in 1975/76 when I was working as the editor of the monthly magazine/program guide for radio station 2MBS-FM (now Fine Music Sydney), which was Australia’s first stereo FM community radio station. I wanted photographs to accompany articles about concerts that the station had recorded for broadcast.

Actor/singer Reg Livermore kindly agreed to help develop my skills by shooting one of his one-man shows using a meterless SLR camera borrowed from a friend.

I developed my practice over the next several years with radio 2MBS-FM, and the Australian Broadcasting Commission (ABC) and through four years of formal study as a commercial photographer. My knowledge and enjoyment of music helped me to understand the concerts I shot, as well as anticipating action on stage.

What do you look for when trying to get that special shot of a musician? 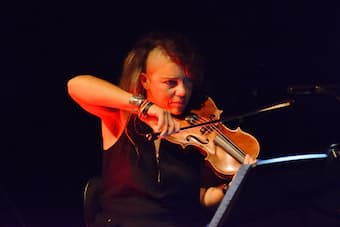 However, it’s not just performers or ensembles that I shoot – the photographs I take at an event may be used for many purposes – concert reviews, artists’ PR, documentation for grants acquittals, publicity shots of the venue, for instrument-makers, sponsors, or many others. I try to anticipate those needs and take a wide range of suitable shots.

Tell us about switching from analogue to digital photography. 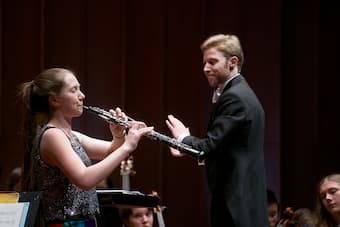 In short, the switch from analogue film to digital imaging has been a welcome change. Digital has many advantages over analogue – the three major ones are sensitivity, distribution and retrieval. Digital sensors are much more sensitive than film, so photos under dim light have less chance of movement blur. Sharing of analogue photos required time-consuming sending of physical prints or duplicate slides across town or around the world. The third is ease of filing – any number of searchable tags can be added to an image to enable fast searching for people or ensembles.

Another important development of digital cameras for stage photographers is the introduction of mirrorless cameras with silent shutters. Previously a common way of avoiding disturbing audience members with noisy cameras and supplementary flash lighting was to have a dedicated full-dress photo call. Concerts could be shot with a twin-lens reflex camera with a quiet leaf shutter during loud sections of a concert, but these had only twelve frames per roll. Time and cost pressures now make dedicated photo calls a rarity, and most photographs of working performers and ensembles are taken in concerts. Silent digital cameras allow photographers to work alongside audience members or performers without any distracting noise and flash.

What are the concerts you wished you could have photographed?

Where do you start? Premieres by the great composers, concerts for long-disappeared monarchs? The list is endless. But here are a few that illustrate the reasons why I enjoy photographing classical concerts: I just love music festivals – they develop such an intense community feeling, and would love the chance to shoot the biggest, most traditionally innovative festival of all, the BBC Proms.

Capturing the experience of top musicians bouncing off each other is such a joy. This performance of Rachmaninoff’s Piano Concerto No. 3 with Yuga Wang as soloist and Andrés Orozco-Estrada conducting the Vienna Philharmonic is one such performance.

Many people might remember the dawn broadcast from the Sydney Opera House on the 1st January 2000, which featured Ross Edwards’ Dawn Canticle. Unfortunately, no video of that evocative broadcast is publicly available, but I’d love to have photographed the occasion. This performance has several connections for me – I have photographed both Ross Edwards and William Barton the didgeridoo player on many occasions, and like me, Gondwana’s Sydney Children’s Choir got its start with radio 2MBS-FM as the 2MBS-FM Radio Children’s Choir; many friends have come through their ranks.

What else do you do outside photography? 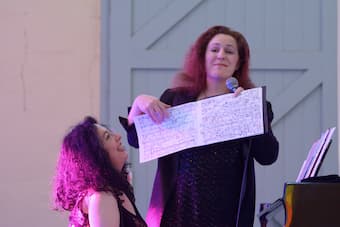 Well, I normally shoot about two hundred concerts, rehearsals and musical events every year – Canberra has a thriving music community. Added to the time culling and cataloguing what I’ve shot, photography takes up nearly forty hours a week. That’s pro bono, so I have a full-time job as a web manager for a government department to pay the bills. After those two, my time is shared between my supportive partner, friends, running a household, and some relaxation downtime.

What are your plans for the future?

I’m not many years away from retirement from full-time employment. While that won’t stop me from enjoying photography, it will give me time to explore it in other cities or countries, perhaps with musicians who I’ve worked with in the past. As I look ahead to those options, I wonder whether Canberra’s wonderful performers will continue to be documented as they deserve. The concert hall is a demanding workplace, and so very few have the passion to take up that challenge.