Ludwig II of Bavaria had a number of interesting nicknames. He was called the “Swan King,” the “Fairy Tale King,” the “Dream King,” and most damningly, “Mad Ludwig.” He built himself fairytale castles, had severe problems relating to women and other people, and was attracted to the arts and architecture. But his greatest love was music and his favorite composer Richard Wagner. He saw Wagner’s Lohengrin at the age of sixteen, and once he had ascended to the throne at the age of 18, invited Wagner to Munich. He became Wagner’s most important patron and built a luxurious home for the composer. But what is more, Ludwig II founded a music school in Munich and had plans to build a new opera theatre that could accommodate the master’s works. 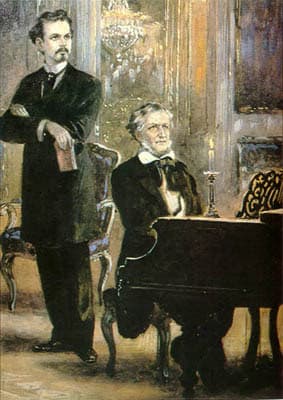 Ludwig II with Richard Wagner at the piano

Such lavish and extravagant architectural projects did not sit well with Bavarian legislators, and Wagner was forced to leave the city. Eventually, Ludwig II was declared insane and deposed, with his body found floating in a lake south of Munich three days later. However, it was the city of Munich, and specifically, the now-called Bavarian State Opera, which saw the premiere of Richard Wagner’s Tristan, Meistersinger, Rheingold, Walküre, and Die Feen. 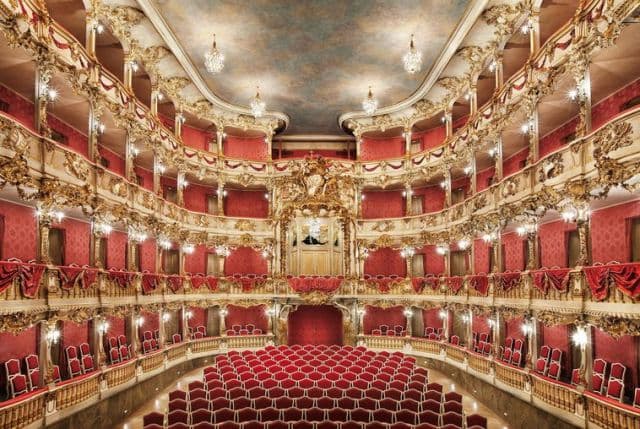 The State Opera was not the only operatic game in Munich. The splendid Cuvilliés-Theater (Residenztheater), adjacent to the State Opera, opened with Ferrandini’s opera Catone in Utica on 12 October 1753. Designed by the court architect Francois Cuvilliés the Elder, this magnificent German Roccoco Theater had a rotating stage and adjustable stalls, and it was intended for the exclusive use of the court. And you may know that Mozart wrote Idomeneo and Semiramide specifically for the Cuvilliés-Theater. Mozart had the added advantage that the famed Mannheim Orchestra spent its summers in Munich, and the players were engaged to play in the opera pit. As a result, Mozart worked with a larger and much more highly skilled orchestra, and the orchestration of Idomeneo matches the lavishness of the opera house. Idomeneo premiered on 29 January 1781, and Semiramide about one year later. This venerable venue was shut down in 1831 and sadly served as a ware-and-storehouse for the National Theatre. It was subsequently destroyed in 1944 during an air raid but meticulously reconstructed in 1957/58. 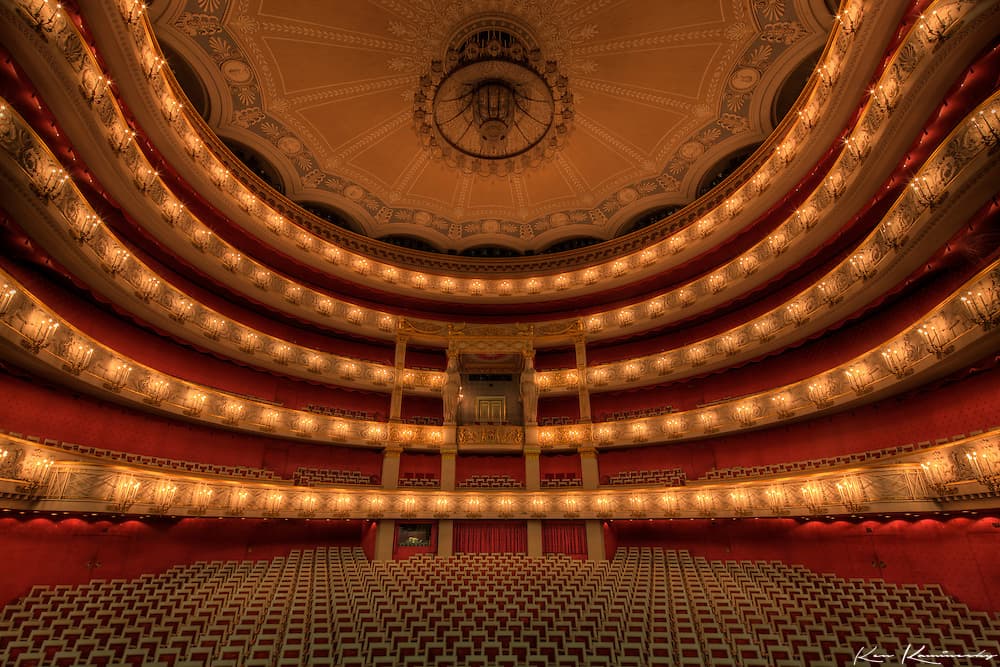 With Munich’s population exploding during the second half of the 18th century, the city was looking to build a new opera house. As such, Karl Theodor the Elector of Bavaria commissioned the court architect Maximilian von Verschaffelt to construct a new venue in 1792. The project proved highly complex, so the new Elector called upon architects from far and wide to submit their ideas. And eventually, it fell upon the young Karl von Fischer to design an open theatre. Elector Max I Joseph became King of Bavaria in 1806, and in his youth, he had been mightily impressed by the Théâtre de l’Odéon in Paris. By March 1811, Karl von Fischer presented his “Paris Model” for Munich, and the design was immediately approved. Construction was beset by serious financial troubles, and it took until 12 October 1818 for the theatre to open. During a performance in 1823, a fire broke out on stage, and the building burnt down to its foundations. The city of Munich took over the cost of reconstruction, and on 2 January 1825, the Nationaltheater was reopened. It saw the already mentioned premieres of operas by Richard Wagner, Alexander von Zemlinsky, Hans Pfitzner, and Erich Wolfgang Korngold. 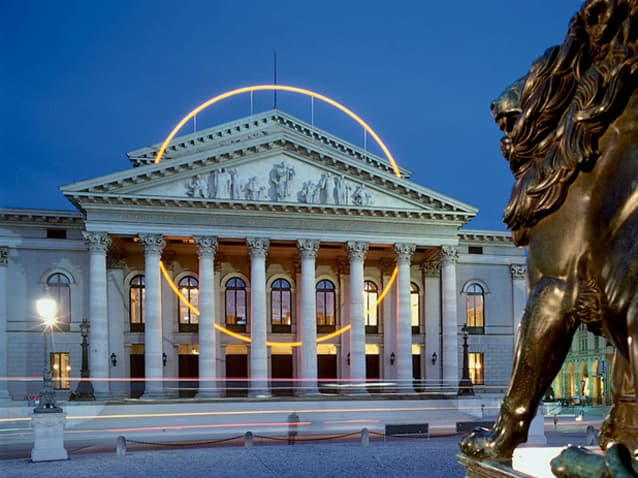 On the night of 3 October 1943, firebombs struck the theatre and the intense heat destroyed much of the building. Because of budgetary constraints, the State Parliament opposed the rebuilding of the National Theatre. In fact, city planners wanted to remove the ruins completely to make room for transport services in the city. The citizens of Munich would not hear of it, so they founded a volunteer group to collect additional funds. They finally won support from the legislators and a competition was held to find a design for the new building. In the end, however, the original plan by Karl von Fischer, with some contemporary additions, was chosen and it took five whole years to rebuild the theatre. Currently, only the foyer and its grand staircase are original, and the auditorium has been expanded to seat 1,200 people. The reconstructed building was inaugurated on 22 November 1963 with Wagner’s Meistersinger.