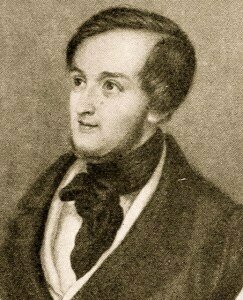 When Richard Wagner died on 23 February 1883, his first complete opera Die Feen (The Fairies) had still not been performed in public. That premier had to wait until 29 June 1888, yet regardless, the work never established itself in the operatic repertory. However, it marked the beginning of Wagner’s quest for a greater unity of the arts, and it represents his coming of age as a composer of operas in the German Romantic tradition.

Wagner’s first operatic attempt was based on the pastoral play Die Laune des Verliebten (The Lover’s Caprice) by Johann Wolfgang Goethe. He fashioned his own libretto and subsequently composed “a scene for three female voices and a tenor aria.” Dissatisfied with his efforts, Wagner destroyed all traces of this work and wrote his next libretto for Die Hochzeit (The Wedding) in November 1832. Based on a dark medieval tale of murder and treachery Wagner also “abandoned this composition and destroyed the libretto.” 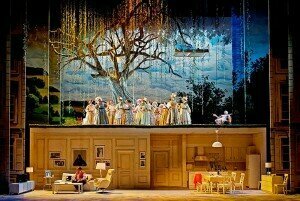 Although Die Hochzeit did not survive, it shares substantial commonalities with Wagner’s next operatic project, Die Feen (The Fairies) of 1833. The two principal characters Ada and Arindal appear in both, and at least parts of the unfinished work may have reappeared in the later project. 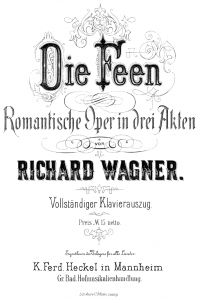 Wagner fashioned the libretto after Carlo Gozzi’s La donna serpent (The Serpent Woman), a fairy-tale comedy that emphasized a tragic clash between the worlds of humans and of spirits. Since human beings, acting as representatives of supernatural forces, eventually triumph in a vaguely religious concept of deliverance, Wagner’s effort artistically mirrored the fervent rise of German Nationalism. Wagner’s musical language displays a heightened emphasis on orchestral color, and recognizing the importance of the recitative assigned to it an all-important role in the framework of his operas. This framework, in turn, supported a motivically rich orchestral part, and recurring themes are deliberately associated with characters and certain situations. Wagner revised the opera in 1834, but despite some rather forceful advocacy, he did not manage to secure a production.