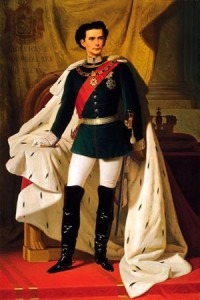 Having been unceremoniously evicted from Mr. Wesendonck’s Zürich property, Richard Wagner aimlessly wandered around Europe. He was clearly depressed, as none of his grand musical ambitions had yet been realised, and as usual, he had no money. He had also come to the realization that the relationship with his wife Minna could no longer be sustained. To escape it all, Wagner settled in the small town of Biebrich, just outside of Mainz. Minna dropped by unannounced, and “ten days of hell,” as Wagner called it, were hardly the cure for his depression. However, the actress Friedericke Meyer, sister of Louise Meyer-Dunstmann, a Viennese singer who was working with the composer on the role of Isolde, thought that she might be able to help. She had noticed “the deeply sorrowful strain” in Richard’s character, and hoped to raise his spirits by teaching him the horizontal tango. Fredericke was actually the mistress of the Frankfurt theater director Herr von Guaita, who proposed a performance of Lohengrin in that city. However, once Herr von Guaita found out that he was unwillingly sharing his mistress, he quickly withdrew the offer. News of the affair also reached Friedericke’s sister in Vienna, and it became a real struggle getting Tristan and Isolde staged. Concordantly, Richard met the stunningly beautiful Mathilde Maier, twenty years his junior. We are not sure if Richard actually fell in love with Miss Maier — who was doing a bit of housekeeping for him — but it is certain that he desperately wanted to possess her. “It is your whole being that I love, your loveable, stalwart and yet pliable nature… All of you is mine, even though I may never possess you. You are my last source of sublime purification. If you are that to me and if I may find fulfillment through you, then you too will not feel wholly unblessed for having encountered me on your journey through life.” 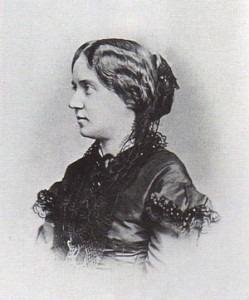 Huldigungsmarsch in E flat major
Mathilde Maier resisted, and Richard kept pushing even harder. Once he moved to Vienna, he was hoping the she would join him again as a housekeeper, explaining, “Marriage is out of the question, as long as my wife is alive.” Mathilde declined, and Wagner wrote to her mother “I cherish no frivolous hopes, God forbid! But I do ask for your daughter’s hand in marriage.” Luckily, the letter never made it into the hands of Frau Maier, and Richard eventually found himself a modest young housekeeper named Mariechen. “She keeps me company at breakfast and in the evening, and pleases me not so much by talking but by being there.” He even wrote her lengthy letters “Best sweetheart, perfume the study nicely; buy the best bottles of scent so as to give it a nice odor. Ach Gott! How delighted I will be to rest again with you there. I hope the rose-colored panties (presumably his and hers) are ready!” He continues, “You must be pretty and charming, I deserve to have a thoroughly good time once more. I will also give you all sorts of presents my sweetheart.” Richard could hardly afford the presents, yet within two years he had moved into a luxurious mansion and hired a secretary. That secretary was Cosima Liszt/Bülow, and she had already given birth to two of Richard’s children — I tell you more about that relationship in our final episode. It is hardly surprising that Richard found himself once again in dire financial straights. 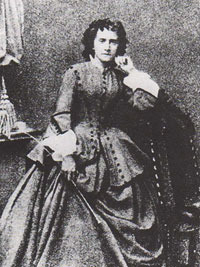 Facing a long prison sentence, Richard predictably packed up his stuff and fled the country. However, his luck was about to change as the handsome and pretty nineteen-year-old Ludwig II of Bavaria, who was also a devout homosexual, ascended to the throne. He invited Richard to Munich and told him not to worry about money but to complete The Ring. Ludwig showered Richard with expensive gifts and lots of silken underwear and perfumes, and Richard would privately play him the latest passages from his musical dramas, and write and recite effusive love poetry. Rumors at court quickly suggested that Ludwig and Richard had a rather passionate affair. In letters they called each other “Beloved,” “Embodiment of my Happiness,” “Supreme Goodness,” “Source of Light in my Life,” and “Dearly Beloved Adored One.” Cosima, who was at that time officially still Richard’s secretary got jealous and started to divulge the true nature of their relationship. Once Ludwig found out the truth, he was furious and accused Richard of adultery and betrayal. He also told him to immediately leave Bavaria, or else! Richard and Cosima departed for Switzerland, and Ludwig built the magnificent castle at Neuschwanstein before drowning himself.