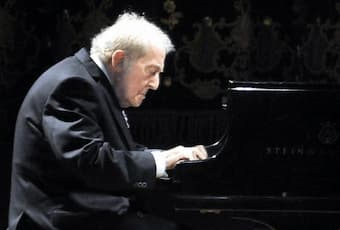 A celebrated interpreter of Erik Satie’s music, Aldo Ciccolini (1925 – 2015) was born and raised in Naples, Italy. Enrolled at the Naples Conservatory at the age of 9 as an exceptional case, he studied with Paolo Denza, a pupil of Ferruccio Busoni, and became the youngest professor at the Conservatory at 22. Despite his aristocratic roots, he had to support his family by performing in bars after World War II.

His victory in Marguerite Long-Jacques Thibaud Competition in 1949 (first prize shared with the Bulgarian pianist Ventsislav Yankov) opened the international performing stage to him. Subsequently settled in Paris, Ciccolini studied with masters of the French school (if such generalisation is allowed), including Marguerite Long, Alfred Cortot and Yves Nat. He also proved himself to be an outstanding pedagogue, having taught students like Jean-Yves Thibaudet, Antonio Pompa-Baldi, Akiko Ebi and Fabio Luisi at the Conservatoire de Paris. 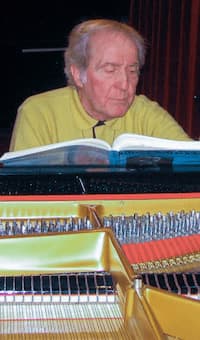 Although he spent the earlier part of his life in Italy, he considered himself to possess a “French soul”. This could also be seen through his fondness for French music amongst his vast repertoire, including Satie, Debussy, Saint-Saëns and the lesser-known composers Déodat de Séverac and Alexis de Castillon.

His choice of repertoire, together with his understated style (a combination of non-flashy demeanour and emotional restraint), probably explained why he didn’t receive the acclaim of some of his peers. That said, he was of course capable of handling the “warhorse” repertoire, including piano concerti by Tchaikovsky, Prokofiev and Rachmaninoff and complete Beethoven piano sonatas. Always noble and lyrical, his playing possessed a rare quality that countless pianists aspire to achieve – that is, to deceive listeners into perceiving piano not as a percussive instrument but instead a human voice with nuances and intonations.

He continued to actively concertise until the very end of his life, with no discernible decline in technical command and perhaps even greater authority. In this extravagant Tarantella, he revealed his virtuosic temperament with his electrifying reading. It’s hard to imagine how an 85-year-old could pull off such an unfailingly impressive performance. It had everything – exuberance, brilliance and elegance. The underlying pulse was steady with spontaneous rubato, while passagework was tackled with clarity and filigree.


Abstract music like this requires a kind of musical instinct to make sense of it. Ciccolini, having championed Satie’s works like no other pianist, certainly had that. It can easily sound bland and uninspired in the wrong hands, but he brought out the nonchalance characteristic of Satie’s music so finely without over-interpretation.

This article wouldn’t be complete without visiting this timeless rendition of Elgar’s Salut d’Amour. 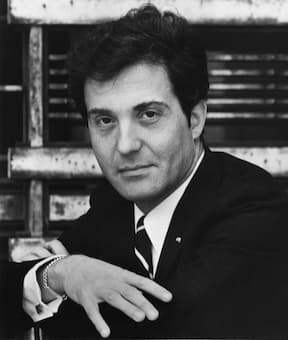 This is not youthful love, but an aged man reminiscing about the bittersweet memories – full of affectation, remembrance and yearning. The first few seconds could give goosebumps and reduce one to tears with its purity and serenity. It’s unbelievable how Ciccolini gently stroke the keys and conjured up not only a plethora of colours but also memories and emotions from the bottom of our hearts. It’s so simple yet at the same time so sophisticated – in its richness of tonal colours, suppleness of phrasing and wealth of emotions – distilling the complex facets of love into this ethereal performance, from which his artistry truly emanated.

Aldo Ciccolini, what a legendary pianist!