Rudyard Kipling wrote, “Pleasant the snaffle of Courtship, improving the manners and carriage; But the colt who is wise will abstain from the terrible thorn-bit of Marriage.” The Irish poet Thomas Moore had a similar take on that mysterious and occasionally enchanting period in human interaction called courtship:


The bee through many a garden roves,
And hums his lay of courtship o’er,
But when he finds the flower he loves,
He settles there, and hums no more.

Then doubt me not — the season
Is o’er when Folly kept me free,
And now the vestal, Reason,
Shall guard the flame awaked by thee.

Caroline Alice Roberts, on the contrary, saw courtship and romantic love as an expression of divine love, which endures. Her thoughts on the matter are beautifully expressed in her poem “Love Alone will Stay.”

Closely let me hold thy hand,
Storms are sweeping sea and land,
Love alone will stand.

Kiss my lips, and softly say,
Joy may go and sunlit day,
Love alone will stay.” 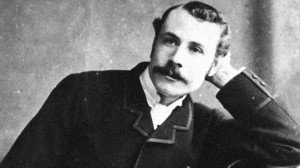 Caroline Alice Roberts (1848-1920) was the daughter of a Major-General. Born in India, she came from a highly distinguished family that included on her mother’s side the founder of the Sunday school movement. After the death of her father, the family moved to England and lived in a large house in the Malvern Hills. She studied piano with Ferdinand Kufferath—a pupil of Ferdinand David and Felix Mendelssohn—in Brussels. Alice spoke fluent German, and was conversant in Italian, French and Spanish. In addition, she wrote the two-volume novel Marchcroft Manor, which was described as “quite an accomplished, entertaining, indeed touching tale.” Indeed, she quickly became a published author of verse and prose fiction. At the age of 37 she took up piano accompaniment lessons from a young violin teacher by the name of Edward Elgar. To the horror of Alice’s family, music lessons quickly turned to courtship and for their engagement she presented Elgar with the poem “The Wind at Dawn,” which he set to music.

Edward Elgar: The Wind at Dawn 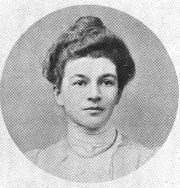 Elgar had always been drawn to older, intelligent and highly talented women. His own ambitions to study at the Leipzig Conservatory were never realized, and when the engagement was announced neither family was keen on the marriage. Elgar’s parents had disapprovingly watched Edward’s numerous amorous adventures, and they could not see how a woman of nearly 40 could hold the attention of their 29-year old son. In addition, Mrs. Elgar strongly objected because Alice was a Protestant. Alice’s parents had both passed away, but her extended family considered Edward a poor tradesman of a significantly lower social class. They also disapproved because he was eight years her junior and a devout Roman Catholic. Opposites attract, as they say, and Alice went against her family, against her religion and against social conventions. She also abandoned her own interests and convinced of Elgar’s musical brilliance, she once said “The care of a genius is enough of a life work for any woman.” For their engagement, Elgar presented his bride to be with a “Liebesgruß” (Love’s Greeting). Originally written for violin and piano, Salut d’Amour became one of Elgar’s best-known compositions. Edward and Alice were married in May 1889 at the Oratory in London, and the “hums that lay o’er the courtship” disappeared almost immediately!