You might know the Quadrille as a dance from Alice in Wonderland. When she’s speaking with the Mock Turtle and the Gryphon, they tell her about the dance they used to perform at school, when they were learning the fundamentals of Reeling and Writhing and Drawling, Stretching, and Fainting in Coils. The Lobster Quadrille involved all the fish in the sea taking a lobster as a partner, and, at the last part of the dance, throwing them out to sea.

The people’s dance of the quadrille, as opposed to the Lobster Quadrille, was an early version of the American Square Dance. As can be determined from the name, the number ‘4’ was important to this dance. It started in the military, where 4 mounted horsemen would execute square formations. On the dance floor, the quadrille started in France around 1760. Two couples, and then eventually, four couples formed a square, and each couple danced in turn. The head couple would dance a step and the side couples would repeat it.

In 1816, the quadrille hit England, introduced from Paris by Lady Jersey, and it was an instant hit. In his book of reminiscences, the dandy Rees Howell Gronow (1794-1865) found it so memorable that he lists the dancers of the very first quadrille in England: ‘I recollect the persons who formed the very first quadrille that was ever danced at Almack’s: they were Lady Jersey, Lady Harriett Butler, Lady Susan Ryde, and Miss Montgomery; the men being the Count St. Aldegonde, Mr. Montgomery, Mr. Montague, and Charles Standish.’ 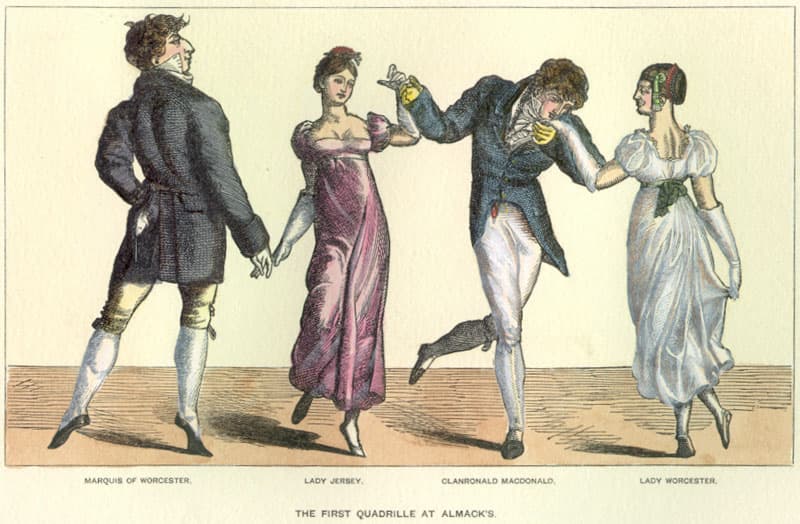 Joseph Grego: The First Quadrille at Almack’s, introduced by Lady Jersey, from The Reminiscences and Recollections of Captain Gronow, 1862

The quadrille was made up of a series of dances that were performed in sequence, called Le Pantalon (“Trousers”), L’été (“Summer”), La Poule (The Hen”), La Trénis (named for the dance master Trenitz), La Pastourelle (“The Shepherd Girl”), Finale. The music was a series of 8-measure themes, with each part of the sequence being in a different time, alternating between 2/4 and 6/8. 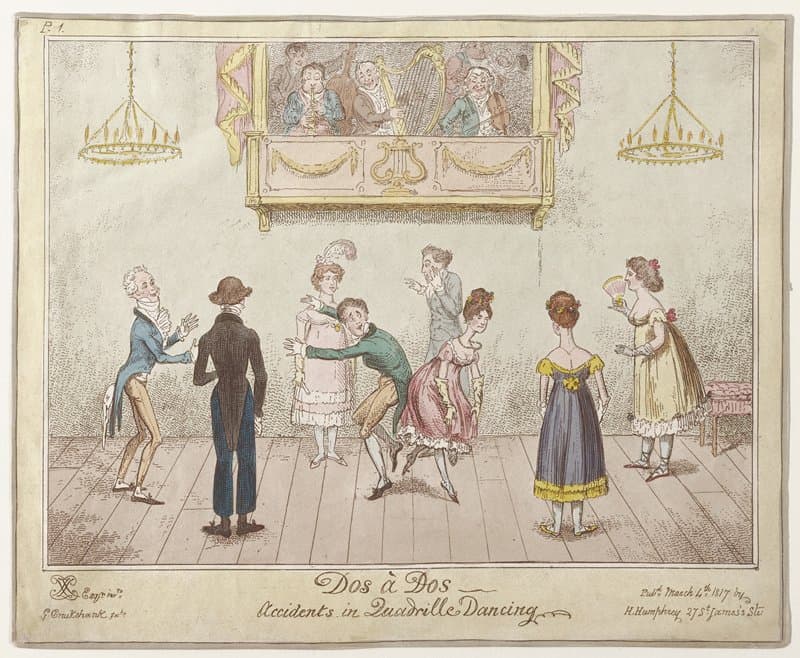 The dancing was complicated and the caricaturist George Cruikshank took advantage of the frequent accidents in his pictures from 1817, Dos à Dos and Vis à Vis (Back to Back and Face to Face). 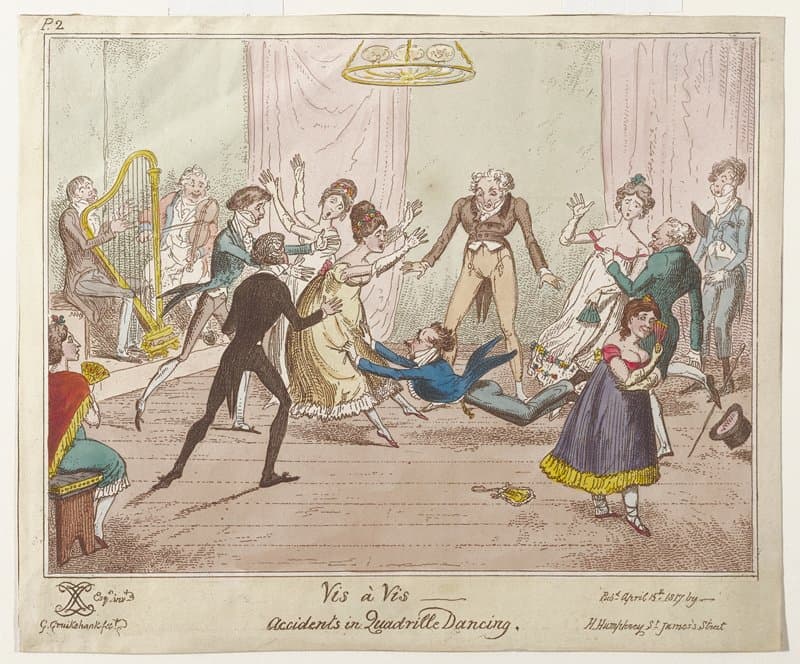 He also showed the beauty of the dance in full motion: 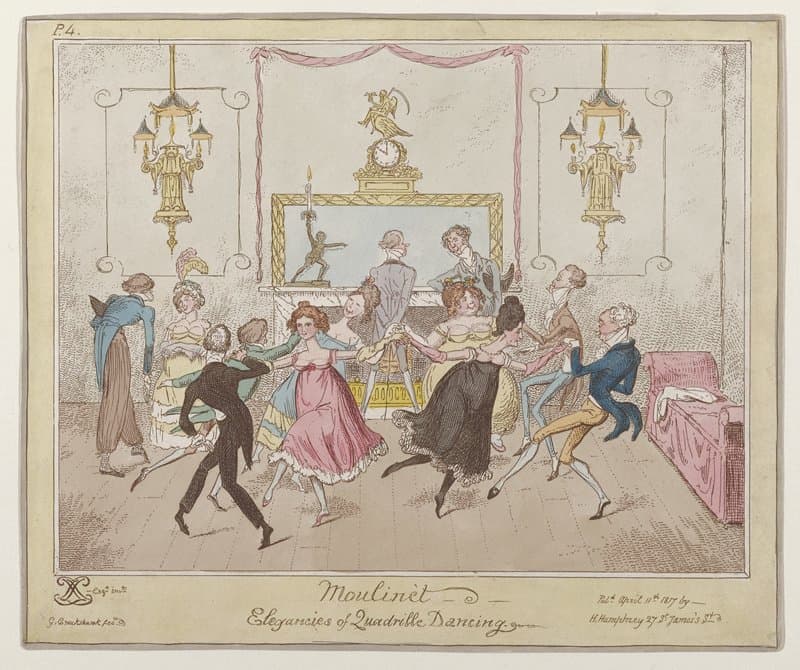 The dance composers in Austria, Joseph Lanner and the Strauss dynasty quickly brought out quadrilles.


As you can hear, the Quadrille sounds like a series of short dances. As each couple danced out from the corners of the square, they would have a different dance and time signature with each new section.


As with all fashions, the quadrille would be sidelined by that even more controversial dance, the Waltz.